Even after you listen to his whole thing, you'll say, 'But sugar *does* make my kid hyper.' 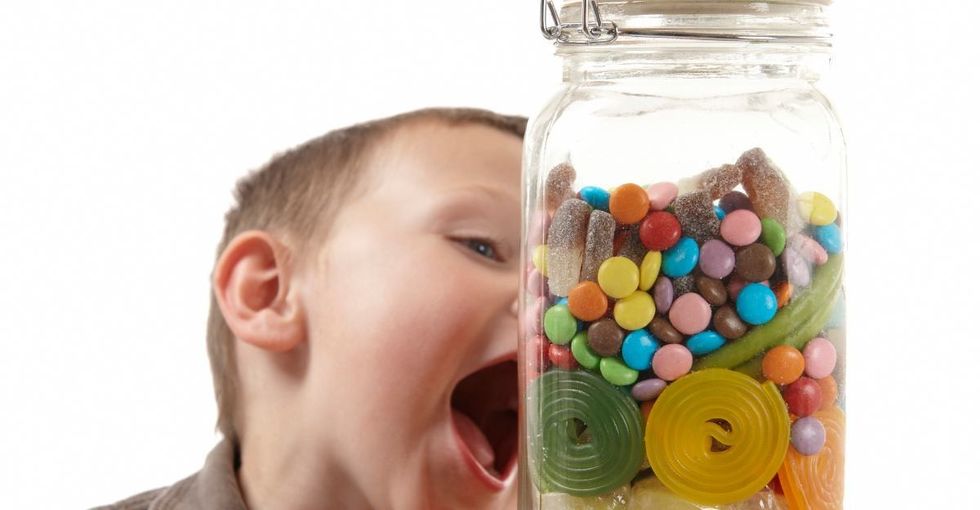 Before we get started here, let's just be clear. There are a bajillion* good reasons not to give your kids a ton of sugar. This study just says that hyperactivity is not one of them.

* This number is approximate.

Your kid goes to a birthday party, eats a giant pile of cake, ice cream, and candy and then just will not calm down.

Because that's what happens when kids get lots of sugar, right?

This is an example of "correlation (things happening together) is not causation (things making each other happen)."

Some things are strongly correlated (like shark attacks and ice cream sales), but they don't have a causal relationship (if people stopped buying ice cream, shark attacks would not decrease).

For more examples, check out Spurious Correlations, an awesome page all about these false connections.

But, wait, let's science this.

What if we did an experiment where some kids at a party got cake and some kids got no cake?

Yeah, that's probably unethical. And the kids who didn't get cake will know who they are. Feeling left out is probably going to change their behavior anyway.

So, here's the experiment that gets the science-y gold seal of approval:

They took some kids and gave half of them regular candy and half of them sugar-free candy. The kids couldn't tell the difference. Then, they told the parents of the kids in both groups that their kids got sugary candy (sometimes you have to lie for the greater good).

This is called a double-blinded, randomized, placebo-controlled trial.

It's the best possible way to design a study.

Parents who thought their kids had sugar candy rated them as more hyper ... even if they really had sugar-free candy.

Yep. Your expectation that sugar is going to make your kid nuts actually makes you perceive them as nuts.

Check out the video to learn why these kinds of studies are the right way to do science.