I am a black man and interviewed a former white supremacist. It was a powerful experience. 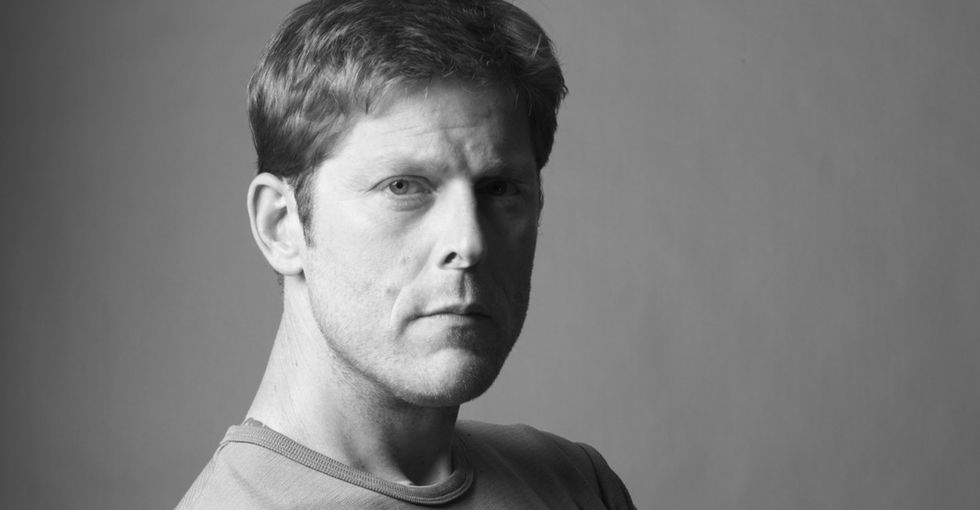 I'm a black man who just spoke with a former white supremacist. He wasn't quite what I expected.

I have to admit that when my phone rang, I felt an overwhelming sense of anxiety and nervousness that I haven't experienced in years.

Am I really going to conduct this interview? Can a white supremacist truly be reformed? Do I really want to hear his story?

Maybe this would be a complete waste of time, but I took a deep breath and listened to everything because I knew it was possible I could learn something from him.

The first thing I learned: The path to joining a hate group doesn't always pass through a dramatic moment.

Arno Michaelis was born in Milwaukee. He described himself as "an angry, bored teenager with a habit of provoking people." Similar to how some misguided inner-city kids turn to gangs, Arno began to embrace the white power narrative because it made him feel powerful.

"The swastika appealed to me because everyone else was so repulsed by it," he told me. "As a bully who lashed out at other kids rather than face the suffering I felt growing up in an alcoholic household, I distanced myself from my family and familiarized myself with hate and violence. The white power narrative gave it all a heroic context."

Arno as an angry teen. Photo via Arno Michaelis, used with permission.

Arno was introduced to the white power skinhead scene through music; he listened to bands that preached racial hate. He received an adrenaline rush from participating in antisocial behavior and quickly became addicted to the movement and its mission. Not long afterward, it came to define him.

In the world of white supremacy, this man could put his resume up against anybody.

He was a founding member of the Northern Hammerskins, which went on to become part of Hammerskin Nation, "the best organized, most widely dispersed, and most dangerous skinhead group known," according to the Southern Poverty Law Center, an organization that tracks hate groups. He was also the lead vocalist for a white power metal band called Centurion, a group that sold over 20,000 records in the mid-1990s.

It seemed as if his life would be nothing but a cesspool of hatred and bigotry.

Then one moment changed him: He was thrust into single fatherhood.

"I was with my daughter's mother for about six months before we decided it was our duty as white people to bring white children into the world," said Arno, who was 21 when his daughter was born. "By the time she was a little over a year old, my relationship with her mother ended," he said. "That's when I made the decision to be a good dad first and foremost. Living a life filled with hate just wasn't possible if I wanted to do that."

"That's when I made the decision to be a good dad first and foremost. Living a life filled with hate just wasn't possible if I wanted to do that."

Shortly thereafter, he felt a strange emotion that he never experienced before.

He became more in-tune with the feelings of his fellow humans. In doing so, he acknowledged that he was causing pain to others due to his own pain.

"I knew what I was doing was wrong all along, but I poured all of my energy into suppressing that knowledge," he said. "At the time, all I was doing was fleeing a fire I lit, leaving a trail of gasoline behind me. It was a soul-exhausting, self-created hell. Raising my daughter helped me come to grips with that."

In addition to the love for his daughter, the immense power of empathy also came to the rescue.

"I realized we are all human beings, entirely capable of engaging each other outside of the construct of race," he said. "Once this connection happens, it becomes contagious. When we see ourselves in others, hate and violence no longer make sense. Understanding and love take over."

"When we see ourselves in others, hate and violence no longer make sense. Understanding and love take over."

The healing process started. He would evolve into a man his daughter would be proud of.

A depraved act of hatred moved him to speak out against his old life.

On Aug. 5, 2012, a mass shooting at a Sikh temple in Oak Creek, Wisconsin, rocked the community and the country. The shooter, 40-year-old Wade Michael Page, was reportedly a member of the Northern Hammerskins, the skinhead group Arno helped create.

Feeling inspired to do something positive, Arno contacted Pardeep Kaleka, whose father was the last person murdered in the shooting. They were both members of a network that is against violent extremism, and they decided to meet in person.

Arno said they both experienced some anxiety at first, but it soon dissipated after they found common ground as dads. They both have children and found plenty to talk about. "We sat down for dinner and talked until they kicked us out an hour after the place closed," Arno said.

Although the two men began to build a bond, how could Pardeep forgive the people in the white power movement who were responsible for his father's murder?

It wasn't easy, according to Pardeep.

"It has taken me a while to get to the point where I am today," he said. "Forgiveness is a way for me to take the power back from the ones who tried to take it from me.

He said his Sikh faith helped him cope with the tragedy, including the philosophy known as Chardi Kala, which he translated as "relentless optimism." At the same time, he wants to be proactive about stopping hate. "We'll either create the world that we want, or one will be created for us," he said.

Pardeep now describes Arno as his "friend, brother, psychiatrist, and teacher." With a combined passion to improve the world, this unlikely team runs Serve2Unite.org, an organization that Arno described as "created to defy hate and violence by bringing people of all backgrounds together."

Pardeep and Arno remembering the shooting in August 2012. Photo via Arno Michaelis, used with permission.

Serve2Unite students and educators have created community art projects and block parties, book drives for incarcerated people, and peace-themed PSAs. Regardless of the task at hand, the goal of the organization remains the same: Bring people together by celebrating our similarities.

And the young men and women they lead are completely on board with the mission.

What message does a former white supremacist have for other racists (overt, closeted, or otherwise)?

"I've lived as they have," he said. "What they're doing isn't living. Racism sucks. It's a crappy excuse for existence, and completely unnecessary."

As I listened to Arno tell his story, one thing kept coming to mind: Empathy is the key to stopping racism.

Anyone has the capability to feel empathy if they choose to — for everyone from our tactless neighbor to psychopaths and narcissists. But we have to keep it real with ourselves about what the absence of empathy looks like.

A lack of empathy leads people to dismiss Muslims as extremists bent on harming our country when the reality is the overwhelming majority of them are peaceful and loving (and homegrown extremists have caused more deaths in America since 9/11 than any other extremist group).

"We'll either create the world that we want, or one will be created for us."

A lack of empathy leads people to believe that minorities constantly whine about being victimized by society, when the reality is many of us (minorities) feel hopeless and crave understanding.

A lack of empathy leads minorities to believe that white people are clueless, blinded by their white privilege, when the reality is many of them empathize with us and want to end racism, too.

We can use empathy to eliminate the us-versus-them mentality that plagues our society.

If a former white supremacist can teach us anything, it's that we are way more similar than we are different, and it's time to embrace that.

After speaking with Arno, I'm sold that a person with his dark past can be reformed. 100% sold. This man is intelligent and charismatic, and he's now dedicating his life to ending racism and bigotry. He's the kind of man I would want to be friends with.

And that's definitely not what I expected.