The job is too risky for humans. Enter these 'hero rats.' 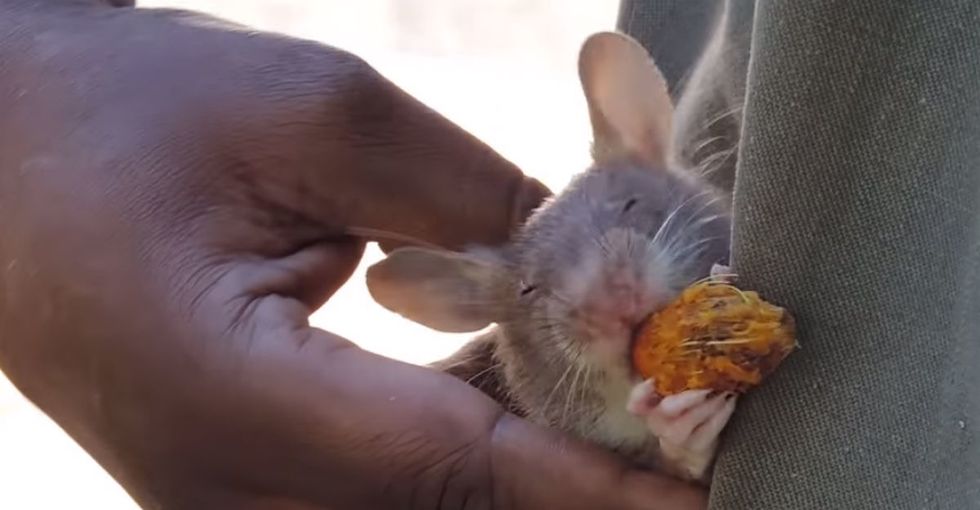 Are you ready to gaze lovingly at a rat?

No? What if it saved thousands of lives?

Bart Weetjens, a Belgian product designer, also contemplated the lives lost to land mines. He thought back to his youth spent with his pet rats. (Yeah, so what? He had pet rats. It's probably why he knew they could be trained pretty easily.) Following this hunch, Bart looked into gerbils being used for scent detection and asked around about rats, gerbils, scents, and land mines.

Then he put those things together and got a strangely heroic solution.

The HeroRAT program gives folks the chance to adopt a pouched rat. From there, your rat can become a Mine Detection Rat (MDR)! The New York Times looks into just how all this rodent heroism came to be.

HeroRATs have deactivated over 19,000 land mines in Tanzania, Mozambique, Thailand, and Cambodia alone!

Faster than a speeding turtle, more powerful (at smelling) than a bloodhound, able to leap on land mines and not set them off because it doesn't weigh enough ... it's the HeroRAT!

"Ah, I love the smell of land mines in the morning"

These rats are detecting land mines in Angola, but mines are a huge danger in many places. Places like Cyprus, Syria, Korea, Afghanistan, Bosnia, and Myanmar, just to name a few places. In Cambodia, 50% of the land mine victims are children.

Land mines are indiscriminate killers. And, aside from killing people, which is horrible, they have a negative economic impact. You can't farm on a field of land mines!

That's why it's so important to find better and faster ways to get rid of 'em. Which brings me back to the rats.

*gazes lovingly at a rat*