Read Amy Schumer's excellent response to a racist joke she made a few years ago. 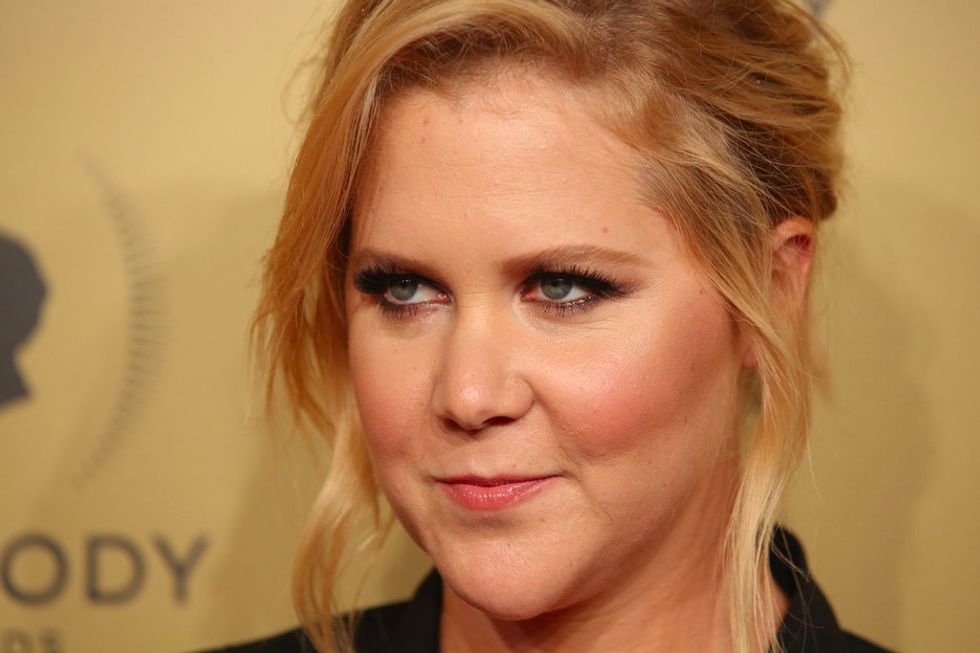 At least once (OK, more than once), Schumer chose the former.

The 34-year-old once told a joke that went like this: "I used to date Hispanic guys, but now I prefer consensual."

Surprise! Not everyone finds that funny.

The comment — made in one of Schumer's older stand-up routines — recently resurfaced amidst her skyrocketing fame. Media outlets like The Guardian and The Week pointed it out to readers alongside a handful of other culturally insensitive one-liners she's cracked throughout the years.

As Monica Heisey wrote in June: "For such a keen observer of social norms and an effective satirist of the ways gender is complicated by them, Schumer has a shockingly large blind spot around race."

We love you, Amy. But Heisey makes an excellent point.

Whenever a comedian's joke comes under fire, the hope is they'll work to right their wrong.

The comedy world constantly treads a thin line between humorous and harmful — especially when it comes to race. As is the case with Schumer, comedians often cross that line with material targeting marginalized groups to which they don't belong.

While Schumer's comedy has been on point lately with her feminist sketches and her fantastic speech about self-empowerment, her jokes about non-white people hadn't quite evolved along with the rest of her material.

Most of the time, acknowledgment of wrongdoing — accompanied with a sincere apology — is all we're asking for!

But comedians sometimes choose the ol' "It's not our fault you were offended!" route. (Yeah, we're looking at you, Dane Cook and Patton Oswalt.)

But! In another tweet posted on July 6, she seemed to have benefited from a little self-reflection.

When a person on Twitter confronted Schumer about the joke that negatively stereotyped Hispanic men, she did what we were hoping she would do in the first place. She assured her fans that she's a work in progress, and she's learning from her mistakes. And ... wait for it ... she even apologized!

Did you hear that, everyone?! "I am evolving as any artist. I am taking responsibility and hope I haven't hurt anyone."

It's difficult to work past the defensiveness you might feel after others call you out on your missteps. But learning from your mistakes is important.

Thank you for admitting you were wrong, Amy. Can't wait to see you how you continue to evolve.

GIF from "Inside Amy Schumer."