Forget the weekend forecast: Here's the weather report for the next decade. 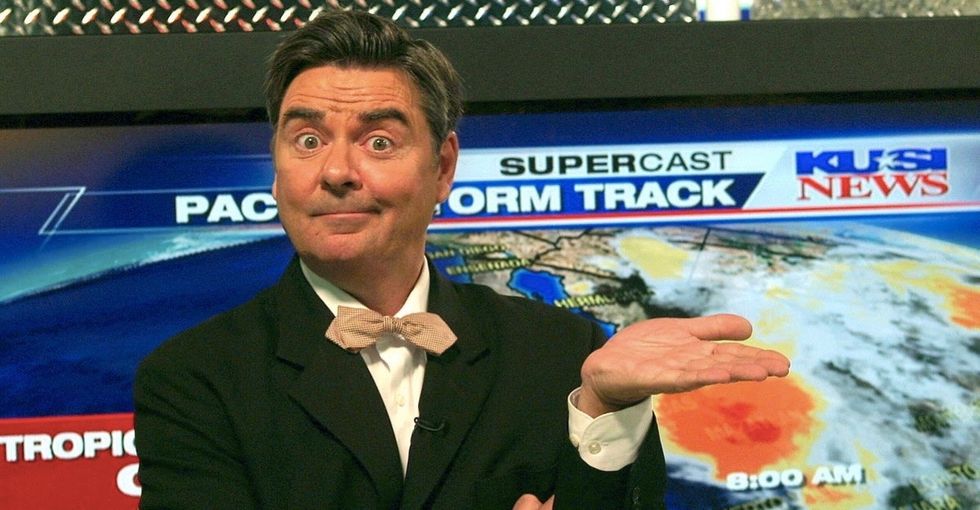 Weather apps are wonderful things, like little Magic 8-Balls in our pockets that double as conversation starters.

My only complaint? Sure, it's nice that they can warn us when rain will wreck this weekend's picnic, but what about that wedding next summer?

What if we could predict the weather far beyond the coming week? Well, turns out we can.

No, really! There's now a way to find the current conditions — while also getting a glimpse of the future (and the past!).

Created by a team of independent journalists, climate scientists, and meteorologists from Climate Central, WXshift is a new website that not only tells you what the weather is right now, but also offers different ways to visualize how the overall climate is shifting.

Specifically, it helps you understand the ways that weather has changed over time in your current location and what that forecast is looking like for the future.

(I was actually hoping to show you the weather/climate comparison here in Paris, where I currently am and where the 2015 COP21 Climate Conference is currently underway, but WXshift only works in America right now, so I punched in my home ZIP code. Ah well.)

And if you're still unclear about the difference between weather and climate, you can think of it in terms of this delicious Vietnamese meal that I'm currently enjoying: "Weather" is the wonderful bo bun porc dish I'm eating right now while "climate" refers to my overall dietary practices (i.e. eating all of the delicious things — last year, next week, next month, etc.).

Think of it as weather in context.

It's easy to be preoccupied with the weather right in front of us. But WXshift is a better way to see beyond the haze — which is more important now than ever, given the current conditions of the world.

Sure, it's easy to crack jokes about the follies of weathermen. Even I get cranky when it's a 20% chance of rain and I'm caught in a downpour. But while humans can't predict the future with 100% accuracy, we are pretty good at picking out the patterns and cycles that emerge over time.

Oh, don't act all innocent like you don't know that the way you calculate probability of precipitation is weird and misleading. Admit it, Mr. Meteorologist! You wanted me to get wet! Photo by Phil Konstantin/Wikimedia Commons.

The truth is that even those of us who believe the vast scientific consensus about climate change aren't always aware of just how bad it is.

There are many parts of America where even the year-to-year fluctuations don't seem so bad. For example, by the time next summer comes around, you're hardly going to notice or care about the difference between 85.6 degrees and 85.8 degrees.

It's not until you look at the bigger picture that you see the undeniable upward curve. Which is why WXshift is so cool. And important.

It allows us to visualize what's happening to our planet.


Which part of "Up" don't you understand? Graph from NASA.

And that bigger picture paints a pretty clear story: It's time to take action. And fast.

Again, I'm in Paris, so I'll compare it to the Impressionist paintings of the great Claude Monet: Up close, they look like random smudges of paint, and it's only when you step away that you can see the water lilies for what they really are.

But in this case, replace "water lilies" with "flash floods and forest fires and sinking shorelines and other catastrophic events of nature," and you'll have a more accurate picture.

See? They get the picture. Photo of Monet's "Water Lilies" at the Musée de l'Orangerie taken by me. Insert your own apocalyptic embellishments.

WXshift won't stop the rain from ruining our beach plans. But it could help us save the world for our descendants.

Our planet's at a turning point: If we don't take action now to curb our carbon emissions, the next generations will be stuck with the (pretty horrific) consequences.

Try showing WXshift it to someone you know who still refuses to submit to the scientific census about climate change. Or use it to just get a clearer sense of how this moment in time stacks up to the past and future.

And if you want to take action to keep these predictions from becoming reality, you can start by signing this petition to support America's Clean Power Plan.

In the meantime, here's a look at how WXshift looks for a few other cities around the country: