In a world that pushes kids too fast, let's let childhood linger a little longer. 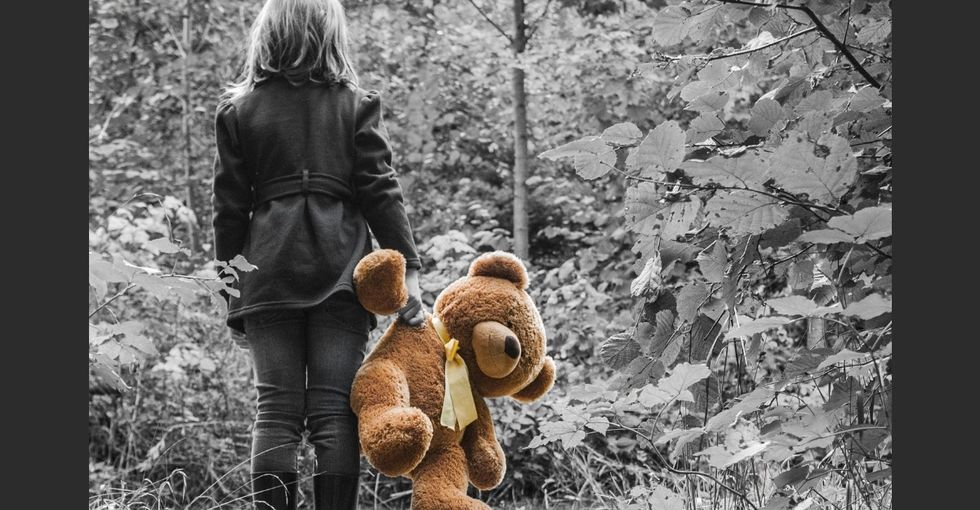 My 11-year-old daughter plops down next to me on the couch, curling her legs up into a ball.

She takes a deep breath as her eyes fill with tears. “Everything is changing,” she says. “Everybody’s growing up . . . and I’m not ready yet.”

Oh, my sweet girl. I remember having this same conversation with her older sister at this age. My kids have deeply cherished their childhoods. They lament when they feel time accelerating, their bodies transforming, their friends moving away from imaginary games and shared childhood fantasies. As galloping gives way to girl talk, make-believe morphs into make-up, and pirates and princesses get replaced with periods and pimples, they mourn.

And as much as I dislike seeing my children unhappy, I’m glad.

I’d much rather my kids hold onto childhood than hurry into adolescence or adulthood.

They will have the rest of their lives to be grown-ups—I see no reason to rush any of it.

But my daughters’ reluctance to grow up feels like a stark contrast with the dominant culture, where children are pushed by the media, their peers, and sometimes even their parents, to grow up faster than they should. The quintessential hallmarks of childhood–play, imagination, innocence—are fleeting in a society simultaneously obsessed with reality TV banality and academic achievement. Clothes, games, and media are marketed to tweens with an eye to making them into mini-adult consumers. Television programming purportedly aimed at teens is more often consumed by tween-and-younger audiences.

But it’s not just the trickle down of adult media and pop culture that concerns me.

For years, I’ve been surprised by how few school-aged children we see in parks or forest preserves during non-school hours. Most of the time, the only people we run into at such places are parents with babies and toddlers. Where are the big kids?

It’s no secret that we live in an era of scheduled activities and increasingly competitive everything. And while organized sports or other extracurriculars can be highly beneficial, they also consume a lot of a child’s time. Add heaps of homework at earlier and earlier ages, plus the lure of screen time, plus parental fears of sending children to explore outside (either because of the fear of child molesters or nosy neighbors who will call CPS), and we’re left with kids who are missing out on the educational and emotional benefits of free, active, imaginative play.

To be clear, I’m not saying that kids shouldn’t have any cares or responsibilities.

I’m a big fan of chores, reasonably high expectations, and community involvement, and I think those aspects of maturity are healthy for kids to get familiar with early and often. It’s the over-scheduling and the “Rated M for Mature” world that I think kids deserve to be shielded from. The taking away of recess and art class to make time for test prep. The thong underwear made for tweens. The social media world that encourages social ranking and cyberbullying.

Being a parent in the age of non-stop media is tough. Marketers know what they’re doing. But unless parents take an active role in limiting exposure to and mitigating the effects of advertising and popular culture, our kids will internalize the idea that childhood ends somewhere around age eight. That’s not something I’m willing to accept.

We can’t protect our kids from everything, but we can do our best to protect childhood.

It may seem paradoxical, but I believe that giving kids the time, space, and shelter to be children as long as they need to actually helps them mature more quickly when the time comes. Just as a butterfly stays cocooned in its chrysalis until it’s wings are fully developed, living a full childhood begets a healthy adulthood. I see it happening now with my older daughter. I’m amazed at how much she’s changed and matured since those days of lamenting about growing up. Now, at 15, she talks about how glad she is to have lived a full childhood and relished her childlike innocence while she could. That feels good to her. And it feels right to me.

So I put my arm around my middle child and wipe away her tears. “You are going to grow up,” I tell her. “Everyone does. But you don’t have to let go of being a kid just yet. You’ll eventually move on from the things you like to do now. But there’s no rush. Take your time and enjoy your childhood while it lasts.”

She smiles and nods, gives me a long, fierce hug, then gallops off to play.