She hated authority until she became boss. Here's how she treats her employees.

She used to work in the kitchen. Now she's the boss. 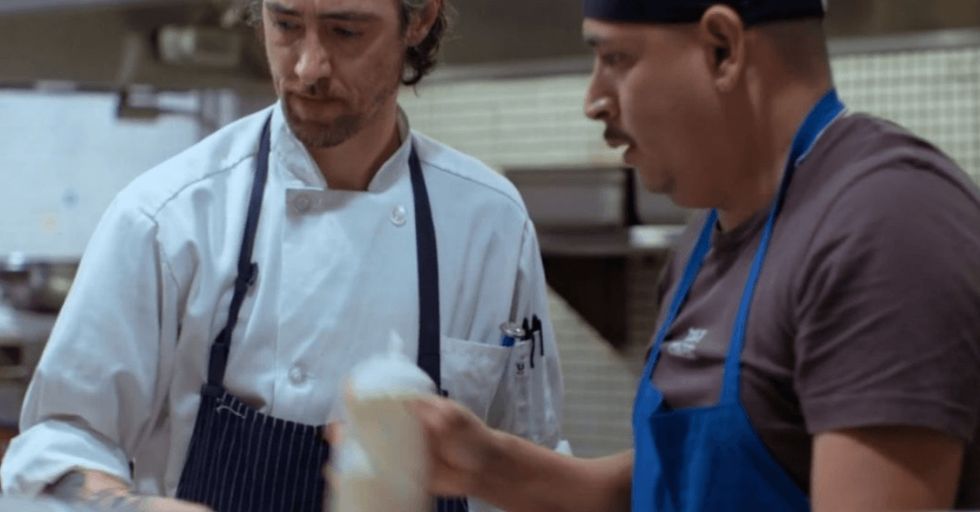 Kim Bartmann describes herself in a few different ways.

She's a self-professed tree hugger. She was a cook who never wanted to work in a restaurant again, but now she owns eight of them. She says she comes from a "punk-rock culture" and was "very anti-authoritarian" until she had to step and be the boss.

How does a free-spirited, eco-friendly food enthusiast become a booming restaurateur in Minneapolis?

In college, Kim supported herself by working as a cook. She saw lots of her coworkers being treated like crap and vowed never to work in a situation like that again. When she went into business, her main priority was creating a culture where both employees and customers were treated well.

She built her businesses on a set of rock-solid values and always made sure to put the important stuff first.

For her newest venture — Tiny Diner — those values include paying her employees a living wage and giving the kitchen workers free meals. Compared to the national average, where waiters earn around $21,600 per year, that means Kim's commitment to her values can make a significant improvement in her employees' lives.

At the Tiny Diner, Kim and her team have created an atmosphere that encourages folks not only to eat, but also to sit and chat for a while.

"I think that small business relies on diversity at the end," Kim says, explaining that in a diverse and connected city like Minneapolis, "what we see today is that restaurants are replacing some of the more traditional community gathering spots, and that's really fun."

And she gets props for doing all of this while also being kind to the environment.

Her team installed solar panels on the building to maximize their natural resources, and the diner also grows 70% of its food in a garden out back.

What Kim is doing is something that a lot of businesses could replicate pretty easily.

Her strategy is fairly simple. She wins by keeping her employees happy and creating an eco-friendly environment that appeals to a wide variety of customers.

Plus, she's doing it in a neighborhood that no one wanted to touch.

When she first started working in South Minneapolis in 1983, she says "it was perceived as not a good neighborhood, which is a complete misperception," adding that Tiny Diner has been full since it opened.

One customer who has lived in the neighborhood her whole life said she appreciates Tiny Diner because she's "not about supporting big chains, so places like this, I love. And I love the garden outside, too. I think that's awesome."

That's right — mom and pops shops for the win. Keep doing you, Kim!

You can check out the Tiny Diner in action by watching the video below: