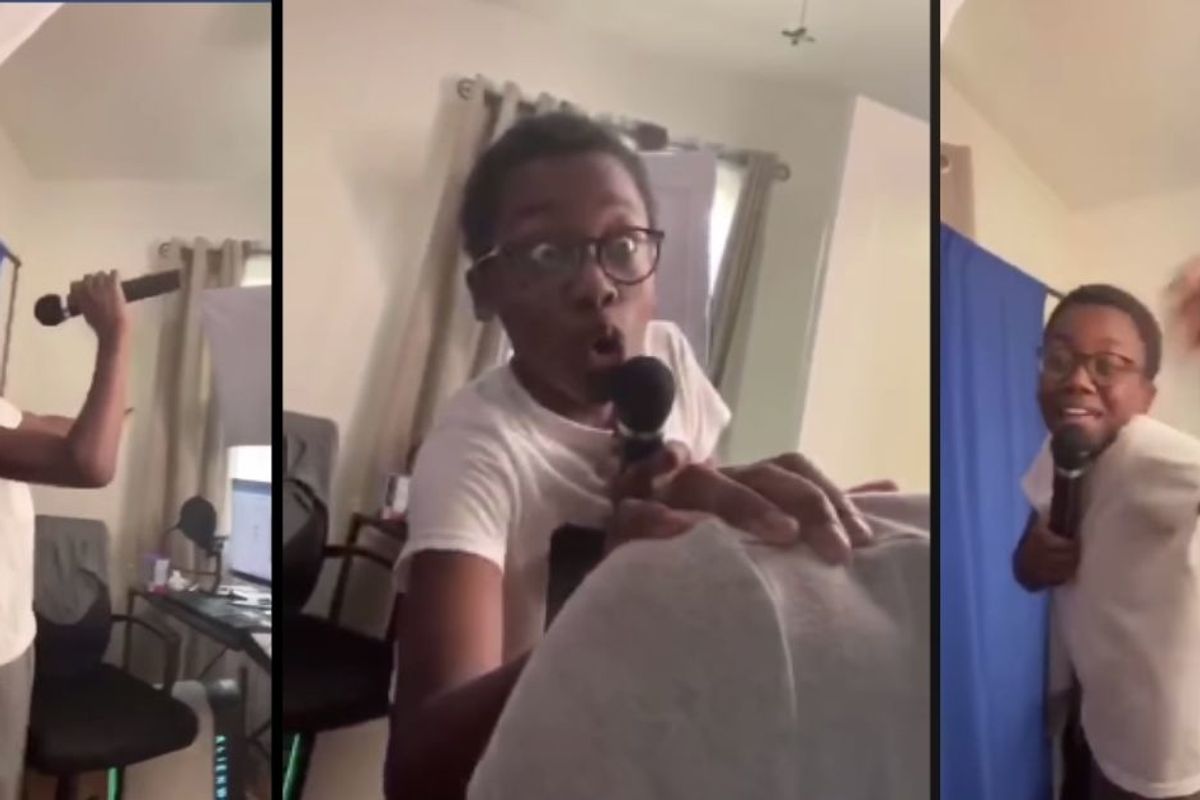 Somebody needs to get this kid his own show, immediately.

A video shared by Khary Kimani Turner on Facebook shows a kid at a computer desk with a microphone, narrating his online schooling in the style of a charismatic preacher—and holy goodness, it's hilarious. It's not made clear in the video, but the scene appears to be a mom filming her son, Ramone (spelling unknown), over her shoulder while he starts a school video.

He has the impassioned reverend bit down, from the vocal inflections to the banging the mic on the table to the singing and feet-shuffling when he really gets going. Even the content of his narration is entertainingly on point. When the school video is unable to connect, he sees it as a sign from the Lord telling him "Ramone, take a rest."

And somehow, his mom stays miraculously straight-faced and calm as her kid performs one of the best impromptu comedy routines ever. When he paused the school video and sang about how God paused it, she said matter-of-factly, "I need you to stop putting stuff on God. God didn't pause it." But the best part is when Ramone really got going:

Then a male voice from off screen gets in on the action, egging on Ramone with, "Tell 'em about the oil!"

And what ensues is even more hilarity, as the spirit overtakes Ramone and his mom finally breaks into giggles at his antics. Everything about this video and the family in it is just too good. Watch on repeat. You won't be sorry.

Seriously, those are some skills. Somebody give this kid a church and a TV show and a break from his schoolwork ASAP. Amen and hallelujah.

From Your Site Articles
Related Articles Around the Web
humor
popular