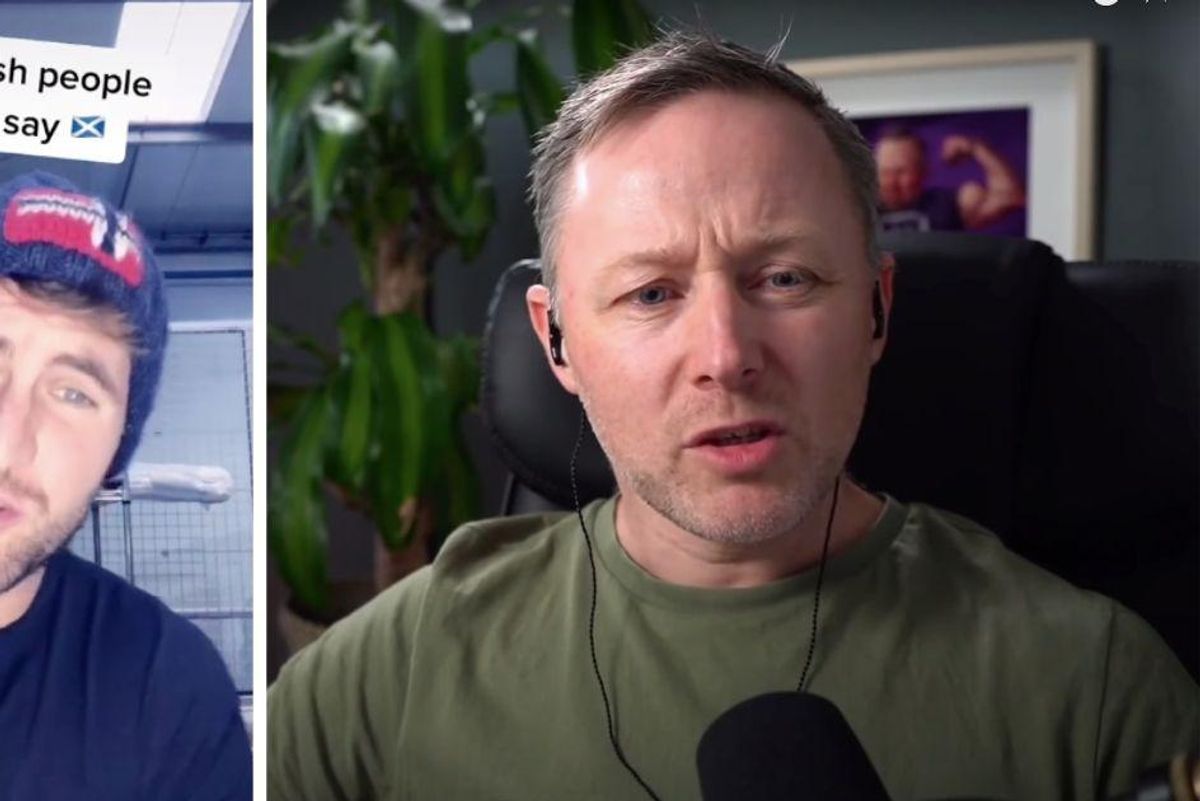 Of the various ways to speak the English language, the Scottish dialects are some of the most fascinating to listen to. I'm apparently not alone in this thinking, as TikTok has exploded with Scottish people simply sharing Scottish things with their Scottish brogue and collecting fans hand over fist.

As an American, I don't always understand what these TikTokers are saying, which is probably why some of them specialize in translating Scottish slang terms into non-Scottish English. But even when there's no issue understanding, there's something part-funny, part-sexy about the Scottish accent that gets me every time. If I could pay James McAvoy to read me a bedtime story every night, I would.

In fact, McAvoy shared a bit about his accent in this clip with Stephen Colbert, which was the first time I'd seen a Scot explain that the word "burglary" trips them up.

Apparently, it's not just him. There's a well-known phrase, "purple burglar alarm," that is notoriously difficult for some Scots to say without tripping over their tongue. And watching some of them try is delightfully entertaining.

It's literally a tongue twister.

It's even funny without the "purple."

This poor guy can't even get past "purple." (Language warning, if you've got the wee ones around.)

The only thing better than a Scot being unable to say "purple burglar alarm" is a Scot who is able to say it because somehow it still sounds like they're drowning.

Nothing but love for you, Scots! Thanks for the giggles, and please don't ever stop talking.