A Scottish boy couldn't stand a preacher's homophobic rant, so he whipped out his bagpipes. 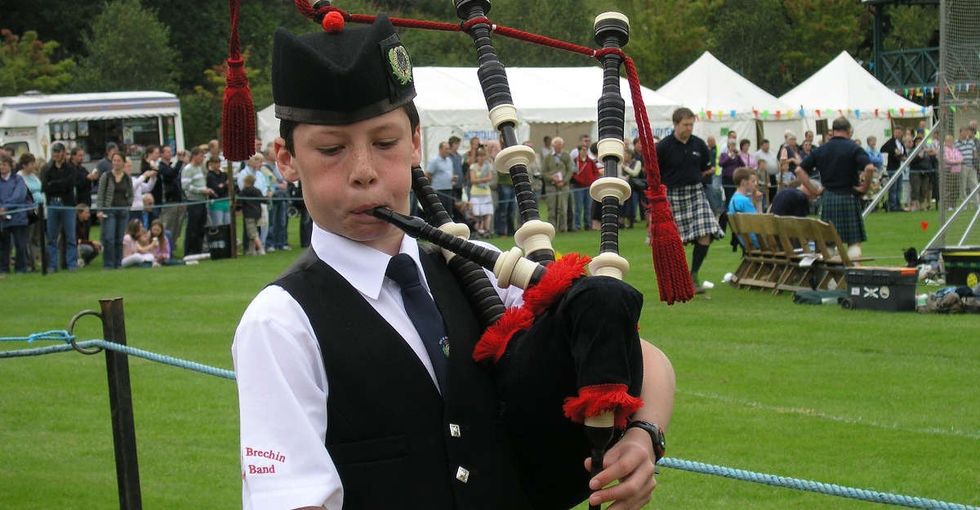 The bagpipes are the perfect weapon to combat loud homophobic ranting.

They're just as strident and obnoxious, but a lot less hateful.

They also whine at roughly the same frequency.

Which is why this Scottish lad deserves massive respect for busting out his 'pipes to drown out this street preacher as he launched into a loud homophobic screed:

While it's a little hard to understand what the preacher is saying in the video below, a reader of the blog Joe. My. God. who was on the scene confirmed that the dude was shouting ridiculous homophobic nonsense at the time the hero Scot decided to whip out the ol' set-o-bags.

Mike writes from Scotland to tell us that he and his partner were out “enjoying the last of the sunshine" today when they came upon a street preacher that was screaming about how gay marriage has ruined the economy. And then a bagpiper arrived.

The performance was hilarious — and the crowd went wild for it.

The Scottish boy's decision to play the preacher out demonstrates an important point.

When someone is saying nasty, bigoted things around you, sometimes the best thing to do isn't to shut them down, but to speak louder.

Or, if you can't speak louder, play a really loud droning song on the bagpipes, which happen to be much, much louder.

Cheers to the nation of Scotland for popularizing such a fine instrument, and cheers to the St. Andrew's boy who gave a the performance of a lifetime for an excellent cause.

Watch/listen to the melodious Highland strains of bigotry being rendered inaudible below: