Amy Poehler is a fountain of wisdom. 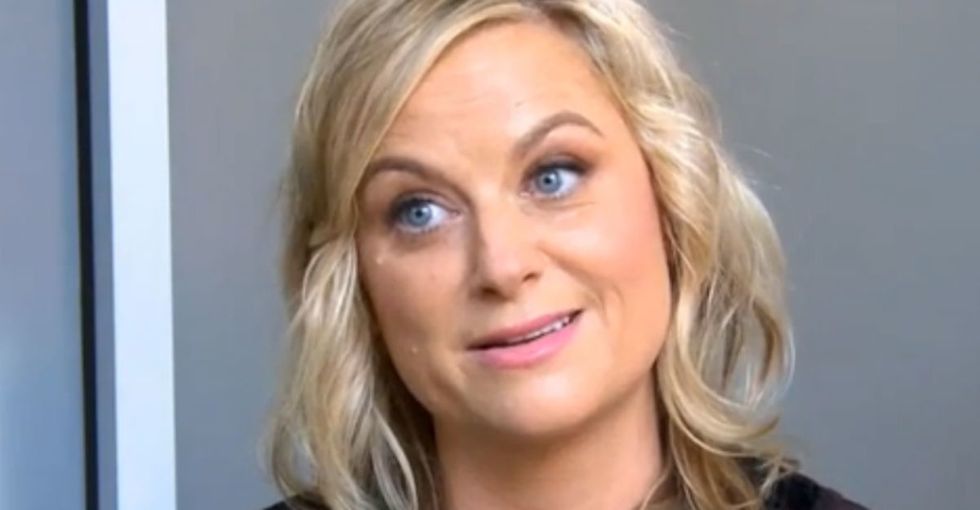 This article originally appeared on 05.30.15

Men struggle to comprehend the pressures women feel. The same is true of women!

Gah! We'll never get along.

This conversation between comedian Neal Brennan and Amy Poehler is a pretty good example of how hard it can be to figure life out sometimes.

Neal, the genius who co-created "Chappelle's Show," sat down with Amy for his show "The Approval Matrix." The topic? WHAT are men supposed to be now? Cool? Adorkable? Both? Neither?

It's maddening, dealing with constantly opposing messages about how to be and how to act.

And Amy, in all her hospitable magical greatness, is straight-up like, "Yeah, bro, welcome to the party! We've been here a looong time."

"This feeling that you're having right now — which it's like, 'I have to be all things,' — it's a feeling that women have everyday in their whole lives. So you're just starting to experience it now. ... I'm glad you're finally experiencing it as a white male."

Yass, queen! A magical combo of speaking your truth and inviting your friends to the party. That sounds like Amy.

And she follows her own advice.

"If you can speak about what you care about to a person you disagree with, without denigrating them or insulting them, then you may actually be heard."

Living up to arbitrary and impossible standards is nothing new, but now that we're all in the same boat ... let's rock the boat! Together!

Ladies and dudes, rocking the boat together. I like that.