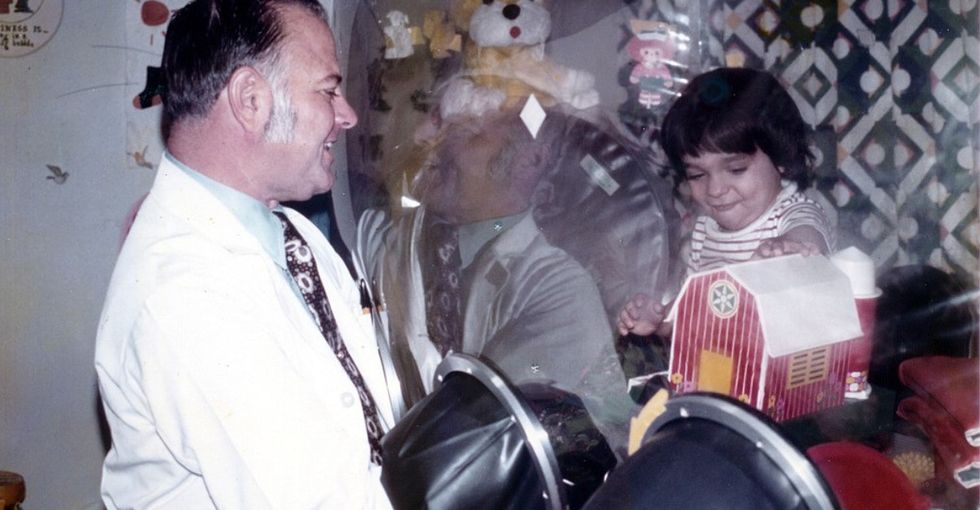 Remember the Bubble Boy from the '70s?

One of the more famous cases in medical science, David Vetter was born in 1971 with severe combined immunodeficiency (SCID), which made him extremely vulnerable to germs and disease. So, 20 seconds after he was born, he was put into a sealed, plastic chamber. He remained in there until the age of six at which point he was given a plastic suit designed by NASA so he could move around more freely. Still, a plastic shield separated him from the rest of the world until he died at age 12 after a bone marrow transplant, one of the only other known treatments for the disease, failed.

While the bone marrow transplant may have helped, it doesn't cure SCID, and and can even lead to more complications.

Today, however, a true cure for SCID is within reach. And it comes from an usual place — another infamous disease.

According to new research that was developed at a Tennessee hospital, when scientists collected bone marrow from babies with SCID and corrected the defect gene with an altered version of an HIV gene, the disease was eradicated.

Most babies that formerly had the SCID gene were discharged from the hospital after one month, declared SCID-free.

Since then, they appear to be living healthy lives out in the world, free from their confining plastic protection.

"These patients are toddlers now, who are responding to vaccinations and have immune systems to make all immune cells they need for protection from infections as they explore the world and live normal lives," Dr Ewelina Mamcarz of St Jude, an author of the study, said in a statement.

This isn't to say that HIV should now be regarded with reverence, but this medical first just goes to show,  incredible discoveries can be born from anywhere — even a potentially deadly disease.