A teen took the stage with world leaders and unflinchingly spoke truth to power. YES, GIRL.

Four heads of state interrupted Natasha Mwansa's 4-minute speech to give her a standing ovation. 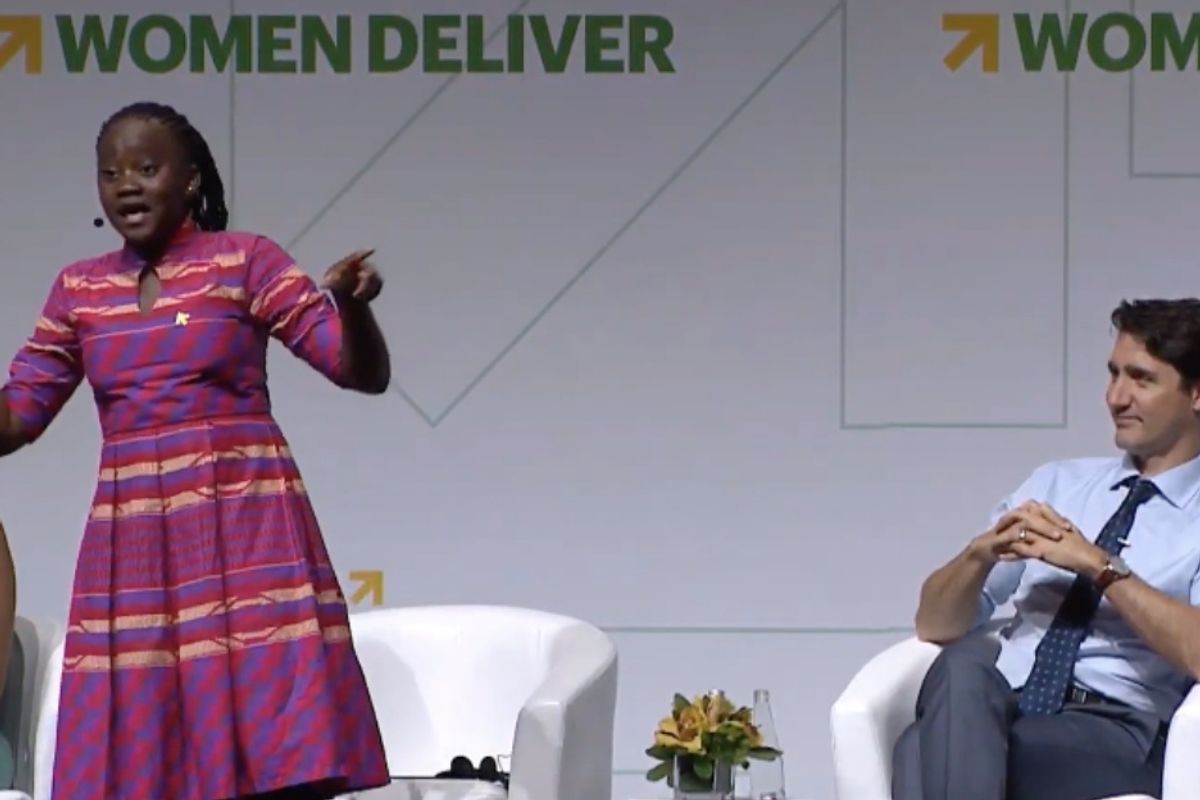 Watch out world. The young women have arrived, and they're taking the reins.

From Greta Thunberg to Emma Gonzales to Malala Yousafzai, young women are taking the microphone, organizing movements, and demanding the world's attention on major issues. And it appears they are just getting started.

Imagine you're 18 years old, preparing to go to college, and being invited to join a panel in the opening session of a huge international conference. Imagine that panel includes four current heads of state, and you'll be speaking before an audience of thousands of people from around the globe.

Now imagine standing up on that stage and telling those world leaders to their faces, in no uncertain terms, that they need to step up their game. No pussyfooting. No apologies.

Meet the latest young woman shaking the tree and speaking truth to power.

Natasha Wang Mwansa brought the house down with a 4-minute speech at the opening of Women Deliver 2019 on June 3rd.

Mwansa is an 18-year-old from Zambia, whose confidence appears to know no bounds and whose ability to articulate her thoughts without so much as a pause is awe-inspiring. She took the stage in the Vancouver Convention Centre with four world leaders—Prime Minister Justin Trudeau of Canada, President Nana Addo Dankwa Akufo-Addo of Ghana, President Sahle-Work Zwede of Ethiopia, and President Uhuru Kenyatta of Kenya—and waited for her turn to speak.

When the time came, she gave the world leaders the what for—not in a disrespectful way, but with a frank and honest assessment of how they need to include young people in their policy decisions.

"One thing that really has to be emphasized," she began, "is that nothing is going to be done for us without us, because that's just doing it against us."

She paused to ask, "Can I stand? I feel more powerful when I stand." Then she stood in her power and wowed everyone. Rarely pausing for a breath, much less an "Um" or an "Uh," Mwansa laid down the hammer in the most eloquent way.

Less than two minutes into her speech, all four heads of state gave her a standing ovation, along with the rest of the crowd.

Mwansa told world leaders that we need more young people in positions of power, that they aren't just going to be helpless beneficiaries anymore. She also pointed out that gender equality and female empowerment can't just be something leaders pay lip service to—it has to be reflected in national priorities and budgets.

Then she really got going.

Cheers from the crowd and the panel morphed into a standing ovation at that point. But Mwansa still had more to say. We need to build capacity in young people to empower them to have a say in decisions that affect them, she said. She pointed out that leaders need to be held accountable for their promises, to bridge the gap between what young people want and what governments provide, between what is promised and what is actually done.

"Politicians can talk, guys," she said. "But action? No. We need to hold them accountable."

There's more, but I can't do it justice. Mark my words, this girl will be a head of state herself one day. Just watch, and be prepared to want to stand and cheer yourself.