The Supreme Court just unanimously voted to stop the police from stealing your stuff for no reason. 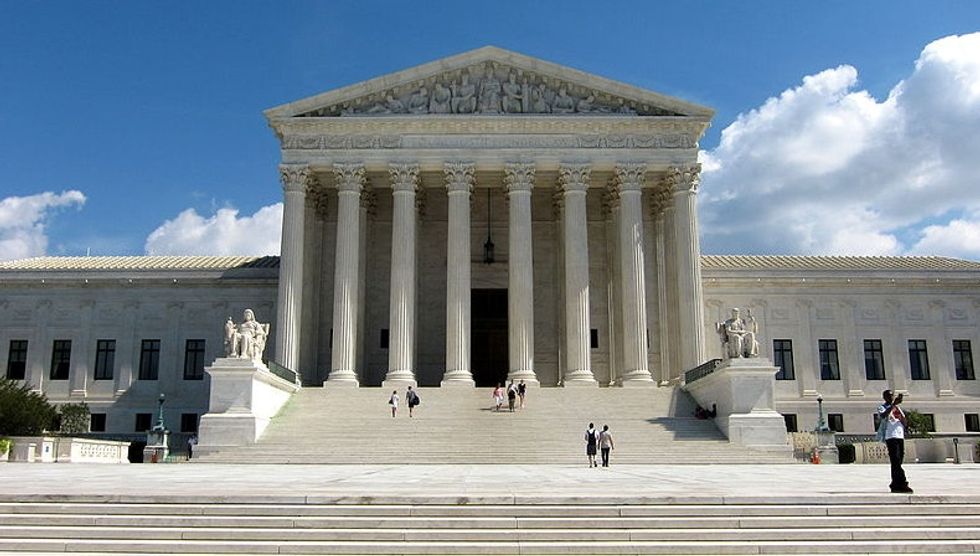 In a landmark unanimous decision issued Wednesday, February 20, the U.S. Supreme Court has ruled civil asset forfeiture unconstitutional because it violates the Eighth Amendment's prohibition against excessive fines and fees.

Civil asset forfeiture allows local law enforcement agencies to seize people’s cars, cash, homes, and pretty much anything else that is suspected of being used to commit a crime.

To get their property back, citizens have to prove it wasn’t obtained illegally, even in situations where no indictment was filed.

Mary and Leon Adams resided in their West Philadelphia house for forty-six years when the police told them to vacate and initiated a civil forfeiture proceeding against the property because their adult son sold $60 worth of marijuana on the porch.

Tina Bennis faced a similar fate when the Supreme Court upheld the civil forfeiture of the car she jointly owned with her husband after he secretly had sex with a prostitute inside the vehicle.

Victor Ramos Guzman was pulled over for speeding and a state trooper seized $28,500; he was a church secretary en route to buy land for the church with the donated money and possessed no contraband.

A Washington Post report found that from 2008 to 2014, 81% of cash and property seizures came from incidents in which no indictment was filed.

To make it simple: Before the SCOTUS decision, the police could just steal your stuff for no reason whatsoever.

According to the Institute for Justice, in 2015 Treasury and Justice departments deposited more than $5 billion into their respective asset forfeiture funds. The same year, the FBI reports that in-home burglary losses were $3.5 billion.

Future generations will look back on the use of civil asset forfeiture and wonder what the hell we were thinking.… https://t.co/GfdCUCsiM9
— John W Lettieri (@John W Lettieri)1550692651.0

Law enforcement officials have a perverse incentive to shake down the people they’re sworn to protect. Civil asset forfeiture has become a huge part of funding for law enforcement agencies.

“Increasingly, our justice system has come to rely on fines, fees and forfeitures to fund law enforcement agencies rather than having to answer to elected officials for their budgets,” Scott Bullock, the president and general counsel of the Institute for Justice, told ABC News.

“We are grateful that the U.S. Supreme Court established that the U.S. Constitution secures meaningful protections for private property and limits the government’s ability to turn law enforcement into revenue generators," Bullock continued.

The case before the Supreme Court, Timbs v. Indiana, involved the police seizing a $42,000 Land Rover SUV from Tyson Timbs.

In 2015, Timbs sold heroin to an undercover cop and received one year of house arrest and five years of probation. The state also seized his car, which Timbs had purchased with money he received from his father’s life insurance policy.

Timbs challenged the seizure and the case went all the way to the Supreme Court.

The good news is that Timbs is sober and will either get his car back or compensation from the state for a comparable amount.

“Tyson paid his debts to society,” said Timbs’ attorney Wesley Hottot. “He took responsibility for what he did. He paid fees. He is in drug treatment. He is holding down a job. He is staying clean. Our hope and goal now is to get back his vehicle from the police so Tyson will have an easier time getting to all the different commitments he has to stay on the straight and narrow.”