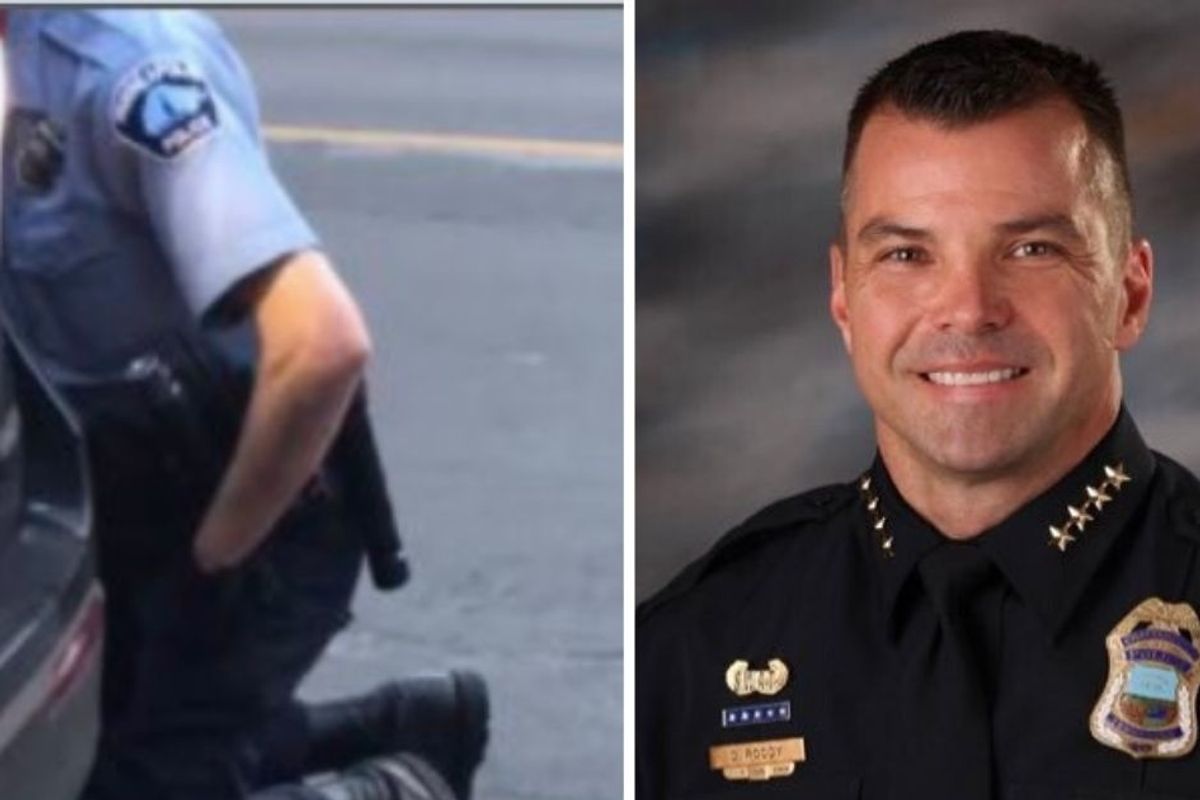 Editor's note: We are re-sharing some of the best moments and most important stories of 2020. Although it was a difficult year for nearly all of us, there were also shining moments of light and signs of hope. This was one of them."

Every time a video emerges of police killing an unarmed civilian, debates rage over whether or not the use of force was justified. Tempers flare. Accusations fly.

Law enforcement is often publicly quiet about these cases. Maybe it's a matter of not wanting to interfere with an investigation. Maybe, as a police officer friend once explained to me, it's because it's difficult to explain to the untrained eye why an unarmed suspect can sometimes still be considered a deadly threat. Or maybe it's a desire to uphold some kind of "blue code" loyalty, no matter what has actually happened.

But the George Floyd killing in Minneapolis was egregious enough to have many police officers speaking out. In fact, Chattanooga Chief of Police David Roddy shared a blunt statement on Twitter that leaves no room for doubt on where he stands.

"There is no need to see more video," he wrote. "There no need to wait to see how 'it plays out'. There is no need to put a knee on someone's neck for NINE minutes. There IS a need to DO something. If you wear a badge and you don't have an issue with this...turn it in."

According to CBS affiliate WCCO News, George Floyd was compliant with Minneapolis police when he was handcuffed and taken into custody, but complained of claustrophobia when police tried to place him in the police vehicle. He went to the ground next to the vehicle, where police officers pinned him down. Officer Derek Chauvin then sat with his knee on Floyd's neck for 8 minutes and 46 seconds—nearly 3 minutes of which took place after Floyd had become unresponsive. The incident was captured on film by bystanders, who repeatedly asked the officers involved to help Floyd when he said he he couldn't breathe and after he stopped moving and talking. Floyd was pronounced dead at the hospital.

Floyd's family and lawyer have released a statement on the arrest of Chauvin, who is currently charged with 3rd degree murder and manslaughter. In part, it reads:

"Today, George Floyd's family is having to explain to his children why their father was executed by police on video. It's essential that the City closely examines and changes its policing policies and training procedures to correct for the lack of proper field supervision; the use of appropriate, non-lethal restraint techniques; the ability to recognize medical signs associated with the restriction of airflow, and the legal duty to seek emergency medical care and stop a civil rights violation."

FAMILY STATEMENT: The family of #GeorgeFloyd and I released the following statement in response to the arrest of De… https://t.co/G2pAjR3JF9
— Ben Crump (@Ben Crump)1590778695.0

All activists want is for the police to stop killing black people with impunity, and the more police officers and police chiefs take an active role in effecting real change in their departments, the better. As the unrest in Minneapolis shows, we can't keep living like this.