Twice as many American children die from gun violence as police officers and soldiers combined. 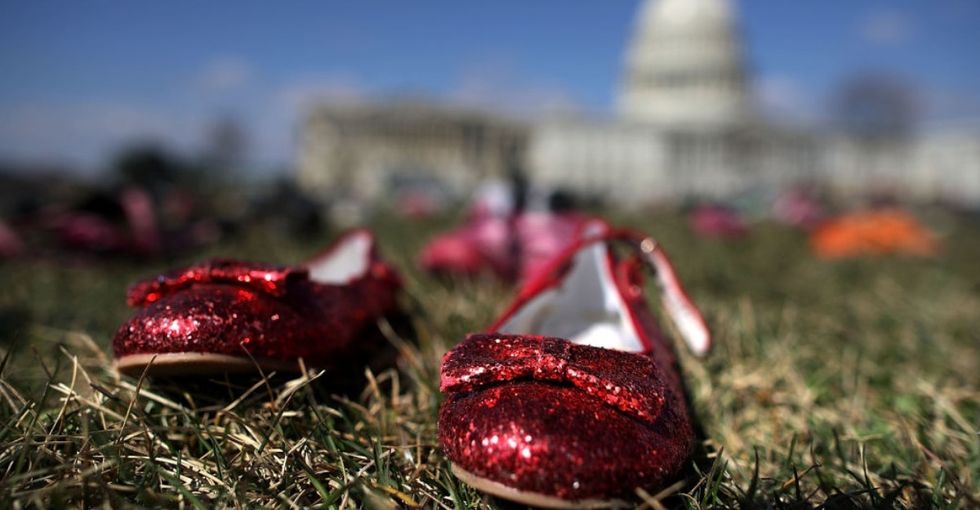 If someone can make these statistics makes sense, please do so. Because damn, America.

A study out of Florida Atlantic University’s Schmidt College of Medicine has revealed a sobering truth about America and guns. Gun deaths among children rose dramatically between 2013 and 2017, in what researchers are calling an epidemic. In the U.S., children are killed by gunfire at rates six to nine times higher than in other developed nations.

As terrible as those stats are, this is the one that should give us all pause: In 2017, 144 American police officers and about 1,000 active duty U.S. military personnel were killed in the line of duty worldwide. In the same year, 2,462 American schoolchildren were killed by guns.

In other words, twice as many of our children were killed by gunfire than our police officers and soldiers in 2017. Twice as many innocent kids were shot and killed in the U.S. than the people whose professions are defined by willingly standing in the line of fire.

The only way to swallow those stats is to point out that there are a lot more children in the U.S. than police officers and soldiers. But we're talking about children being shot here. Every sworn protector signs up for that danger. Not a single child does.

This is the kind of statistic that makes the rest of the world look at America like we’re out of our everlovin’ minds.

How on Earth can the U.S. try to claim greatness when we don't live in a war zone and yet lose thousands of our children a year to gunfire? Because make no mistake—the U.S. is a complete outlier in this way. Children in other developed nations don't do regular active shooter drills. They don't have toddlers shooting people on a weekly basis. They don't have more children being shot and killed than police officers and soldiers in a year. They just don't.

There’s no way to make this statistic make sense other than to admit that there’s something very, very wrong with our country’s relationship with guns.

Seriously, America. This is not normal.

Finding solutions to our gun problem is not simple, but the first step is admitting we actually have a problem.

Having engaged in countless discussions on this topic, I'm well aware of the complexity of finding solutions to our gun violence problem. But what strikes me most in these conversations is how many people don't seem to feel that we even have a problem.

Perhaps we've become so accustomed to gun deaths that we think it's somewhat normal. But the lifetime risk for Americans to die from gun violence is greater than drowning, fire and smoke, stabbing, choking on food, airplane crashes, animal attacks, and natural disasters combined. That's not normal.

Or rather, that's only normal in America. And our understanding of this fact is super skewed. Our government has tried to scare us into believing that terrorists from the Middle East are a huge threat to our safety and security, even banning all travelers from certain countries in the name of that threat. And yet our chances of being killed by an accidental gunshot—not murder, not suicide, but being shot by accident—is almost five times greaterthan being killed by a foreign-born terrorist.

We are willing to ban entire groups of people, but God forbid we place any restrictions on inanimate objects that statistically pose a much greater threat to our safety and security. How does that even make sense?

We can't keep doing nothing unless we're willing to accept dead children as collateral damage.

It is entirely possible to respect Americans' constitutional right to own guns and also support reasonable gun legislation. Most gun owners I know support legislative measures to at least attempt to mitigate our gun death numbers. In a country with as many guns as people, figuring out what those measures should be is a serious challenge, but it's not impossible.

There are many countries around the world where people own guns without anywhere near our gun death rates. We can figure this out, as long as we're all in agreement that something has to give. Because the alternative—pretending all of this is normal and doing nothing—is unacceptable in the face of these statistics. Our children deserve to live in a country that undeniably values them more than guns. And right now, that is not the message we're sending.