The Derek Chauvin verdict was historic. But is it truly a turning point for America? 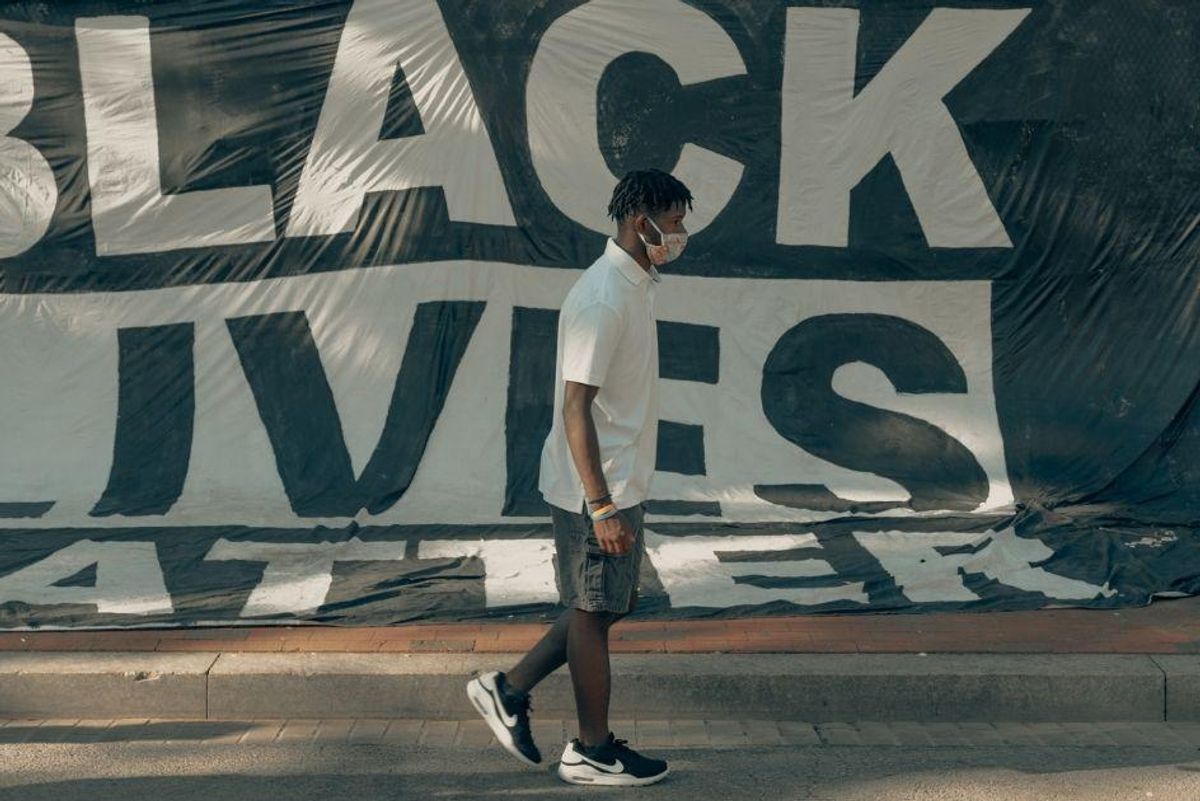 When Black Lives Matter protests arose around the country following the murder of George Floyd last year, many people wondered if the U.S. had crossed a threshold. Though protests over police brutality and racial bias in our criminal justice system had been happening for decades, the movement had never been so widespread or supported by so many. George Floyd's murder being caught on film on the heels of Ahmad Arbery's killing, Breonna Taylor's killing, in addition so many others, led to the largest civil rights movement since the 1960s.

The prior movement, which culminated with the passing of the Civil Rights Act, brought changes to our laws—a vital step toward liberty and justice for all. Despite considerable backlash at the time, that act cut the visible weed of government-sanctioned racism off at the surface and ultimately changed the social acceptance of legal racial discrimination.

Jim Crow laws that blatantly protected and defended racial oppression seem archaic and wrong to most Americans now—but it's important to remember that that change of heart was hard-won by civil rights activists at the expense of their own safety, security, and in some cases, their lives. It's also important to acknowledge that while the Civil Rights Act marked an important turning point in this country, it didn't fix the problem at its root.

The roots of racism run deep, and digging up any root system is messy, back-breaking work. And that work is made even more difficult when a good percentage of the country says, "I don't see it" simply because the visible part of the weed was cut down when the Civil Rights Act passed.

George Floyd's murder brought the issue of police brutality against Black Americans into the light of day for all the world to see. And Derek Chauvin's guilty verdicts offer a glimmer of hope that maybe—maybe—we finally have a chance at starting to dismantle part of that root system.

"This day in history is a turning point," said Brandon Williams, the nephew of George Floyd, in remarks following the verdict. Many prominent voices, from civil rights leaders to politicians, used that same hopeful phrase.

Dr. Martin Luther King, Jr.'s daughter, Bernice King, wrote on Twitter, "God knew just how much we could bear. This is a turning point. Let's continue to correct everything that stands against love. That is true #justice."

Former Ohio state senator Nina Turner wrote, "This needs to be a turning point for America. It does not end here—far from it, but it's a damn good feeling to exhale and feel that some semblance of justice was served. My heart is with the Floyd family."

Then she added, "If you ever doubt the power of movements, please remember today."

Senator Rev. Raphael Warnock issued a statement that included the phrase as well. "As a voice for Georgians in the Senate, and as a Black man, I hope today's verdict is the beginning of a turning point in our country where people who have seen this trauma over and over again will know it is possible to have equal protection under the law," he wrote.

Ben Crump, the attorney for the Floyd family as well as other Black Americans killed by the police, and who has won over 200 cases involving police brutality, added to the chorus.

"Painfully earned justice has finally arrived for George Floyd's family," he wrote on Twitter. "This verdict is a turning point in history and sends a clear message on the need for accountability of law enforcement. Justice for Black America is justice for all of America!"

Vice President Kamala Harris offered a similar message as she spoke before President Biden about what the verdict means for the direction of our country.

"Here's the truth about racial injustice. It is not just a Black America problem or a people of color problem. It is a problem for every American. It is keeping us from fulfilling the promise of liberty and justice for all, and it is holding our nation back from realizing our full potential."

President Biden spoke at length about the reality of racism in America, the need for accountability in policing, and the trauma that has been inflicted for far too long on communities of color. Speaking of George Floyd's murder and the jury's verdict, he said:

"Nothing can ever bring their brother or their father back, but this can be a giant step forward in the march toward justice in America. Let's also be clear, that such a verdict is also much too rare. For so many people, it seems like it took a unique and extraordinary convergence of factors, a brave young woman with a smartphone camera, a crowd that was traumatized, traumatized witnesses, a murder that lasts almost 10 in broad daylight for ultimately the whole world to see, officers stay standing up and testifying against a fellow officer instead of just closing ranks, which should it be commended. A jury who heard the evidence, carried out their civic duty in the midst of an extraordinary moment, under extraordinary pressure. For so many, it feels like it took all of that for the judicial system to deliver a just, just basic accountability...

"No one should be above the law and today's verdict sends that message, but it's not enough. We can't stop here. In order to deliver real change and reform we can, and we must do more to reduce the likelihood that tragedy like this will ever happen to occur again."

Whether the George Floyd verdict will truly serve as a turning point for the U.S. remains to be seen, but it's also not something that's out of our control. This is a choice we have to make, individually and collectively. We the people have to decide that enough truly is enough, raise our voices in myriad ways calling for change that will lead us closer to true liberty and justice for all, and dedicate ourselves to the long, hard work of uprooting racism once and for all.

The only question is, will we?