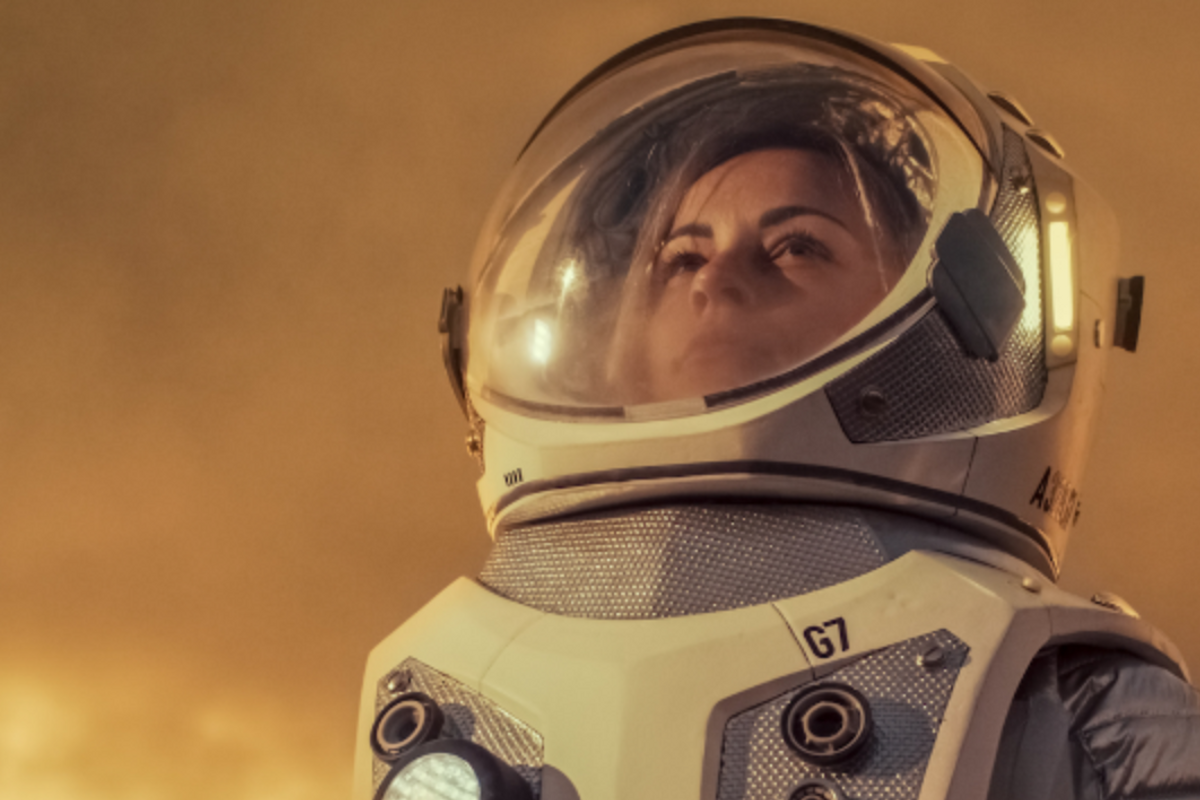 Women deal with a lot of sexism and obstacles here on earth, so it makes sense that this sexism would follow them in to space. The first woman went into space in 1963, but it took another two decades for female astronauts to become common. Turns out there's a glass ceiling even outside of the earth's orbit.

Apparently, there is a myth that NASA took so long to send women into space because of how women go to the bathroom?!

Recently, author Mary Robinette Kowal published an essay called “To Make It to the Moon, Women Have to Escape Earth's Gender Bias" exploring the ways in which sexism here on earth prevented women from making strides in space. In response to her essay, she says several people claimed that "women couldn't go into space because we lacked the technology for them to pee in space."

In a Twitter thread that has gone viral, Kowal disproves this myth by breaking down the truth about how astronauts go to the bathroom in space.

It has all the info. on peeing and pooping outside the earth's orbit that you never knew you always wanted.

At first, she explains, doctors didn't think anyone, man or woman, would be able to pee without gravity.

The first space mission was meant to take only 15 minutes so no arrangements for peeing were made. Of course, things did not go according to plan.

So the first guy to go into space had a suit full of pee. What a trooper.

Then a condom-like apparatus was invented to catch the pee. It didn't work.

Turns out, the reason it didn't work is that men were lying about the size of pee-condom they needed. HAHAHAHAHAHAHAHA.

There was also a bag for poo. But this solution was flawed and there was still pee and poop in the space capsule. EW.

So a device was invented that would suck astronauts' pee out into space. Take that, aliens!

This, too, was flawed. But at least it was pretty!

So they switched back to pee-condoms.

Still, the pee-condoms solution was flawed. Remember when Fred Haise got sick in the movie Apollo 13? Well apparently it's because his genitals were bathing in pee.

This detail for some reason didn't make it in to the movie.

After decades of dudes going into space with pee-soaked genitals, NASA decided to send women into space. Finally!

Now they needed to come up with a method for peeing in space that didn't involve pee-condoms, since women can't wear condoms. Their solution? A diaper.

They also got rid of the ass-bag and replaced it with a zero-gravity toilet!

Even in 2019, peeing and pooping in space is not an easy process. Pooping in particular requires some, umm, involvement.

Peeing is easier though. Until the toilet breaks down. Apparently that happens.

Fun fact: these fun facts might make you nauseous.

In conclusion: we can stop blaming the slow advancement of women in space exploration on peeing and pooping.

After her thread went viral, Kowal was bombarded with questions about bodily functions in space. She answered them. SHE HAS ALL THE FACTS.

Thank Goddess for tampons, especially if you're a female astronaut!

Astronauts need a schedule so they know when to go!

There is a pee ritual involving a tire.

Sometimes it is harder to be a man. Lol. (But only sometimes)

THE MORE YOU KNOW.

Never have I been more grateful for my decision to pursue comedy writing in lieu of space travel.