We all come from different backgrounds, but that diversity makes for some pretty awesome lessons. 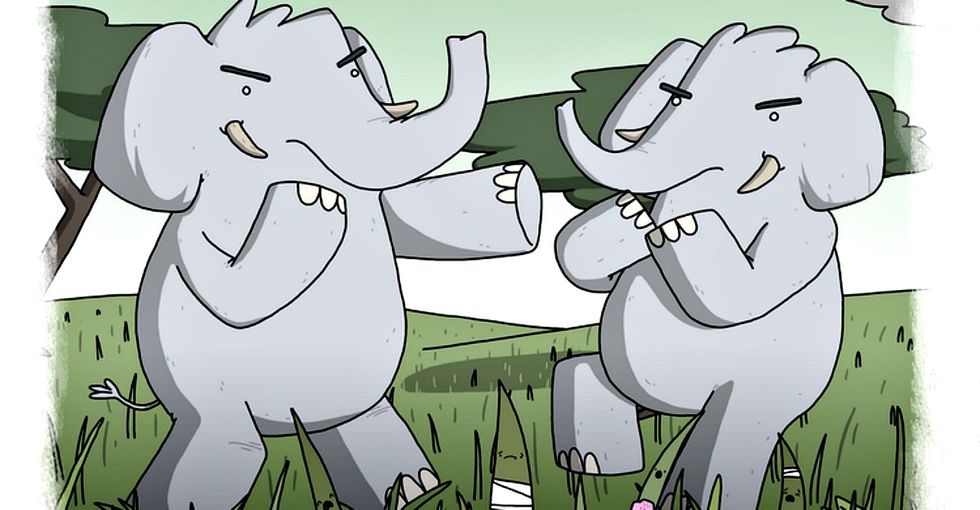 If you live in America, chances are you've heard (or used) the phrase "Don't put all your eggs in one basket."

Most of us know it means, essentially, that you shouldn't make all your plans based on one possible thing happening. But it's kind of a weird phrase, right? Have you ever stopped to wonder where it originated?

Its use in print has been traced to the novel "Don Quixote" by Miguel de Cervantes in the early 1600s, although it possibly was mistranslated to an inexact English idiom from the original and may have other roots in Italian phrases.

Different cultures around the world all have their own similar sayings — proverbs, if you will — that make sense to those who've grown up speaking the language but sound downright odd to anyone who hasn't.

James Chapman is fascinated by these sayings and how they translate across languages and cultures.

When Chapman was getting his doctorate in physics, he started to pick up some of those sayings from students who spoke other languages. For example, when calling something a "pain in the butt," a colleague of his from Venezuela would describe it as a "pineapple under the arm."

The fact that the same sentiment could be expressed in two totally different ways because of differing origins in language fascinated him. Since almost all the proverbs had visual components, he began illustrating them.


Here are 15 wise proverbs from other languages that Chapman illustrated so you don't forget them:

1. "When elephants fight, it is the grass that gets hurt." (Kenyan proverb)

In our current political climate, this is an important lesson our politicians should remember.

2. "A bad ballerina blames the hem of her skirt." (Polish proverb)

And a good ballerina can dance in anything.

3. "A dog bitten by a snake is afraid of sausages." (Brazilian proverb)

Sometimes, the only way to learn you don't like something is to try it.

Otherwise, you might end up losing your head (not literally).

5. "Shrimp that fall asleep are carried away by the current." (Colombian proverb)

Taking risks every once in a while is important. You know, so you don't get swept downstream like a sleepy shrimp.

6. "To live with wolves, you have to howl like a wolf." (Russian proverb)

That's why it's important to stand strong, to know yourself, and to not let anyone pressure you into doing something that doesn't feel right to you.

In English we say "don't judge a book by its cover," but this totally works too.

9. "As small as it is, the sparrow has all the right organs." (Chinese proverb)

This is a much more polite way of saying size doesn't matter.

10. "Don't take too much hay on your pitchfork." (Dutch proverb)

Working hard is important, but when you try to do too much, your work suffers and you suffer.

11. "The pillow is the best advisor." (Swedish proverb)

This is my kind of advice. Zzzzzzzzzzzzz.

12. "He who digs a pit for others will fall in it himself." (Romanian proverb)

If you try to hurt someone else, don't be surprised when you find yourself hurting too.

It's a lot harder to take responsibility for your mistakes and learn from them.

14. "Even a worm can get angry." (Sierra Leonean proverb)

The early bird might get the worm, but you better believe the worm is pissed about it. How come we never talk about what that must be like for the worm?

Because we all grow up differently, speaking different languages, we all have different sayings that sound normal to us and weird to other people. That's actually pretty cool.

Chapman's goal is to honor these words of wisdom, which may have never crossed cultural boundaries before. He hopes they show just how much we can learn and enjoy from each other and help us recognize the things that sound weird to us about another language or culture aren't any weirder than the things that seem normal to us and weird to others.

We're all made up of eccentricities that do make us different, but in a way, that also ties us together. Just something to think about next time you say, "Every cloud has a silver lining."