An astronaut's touching tribute to Carrie Fisher shows why she inspired so many.

Fisher inspired a generation of girls and women to push the limits and explore the unknown. 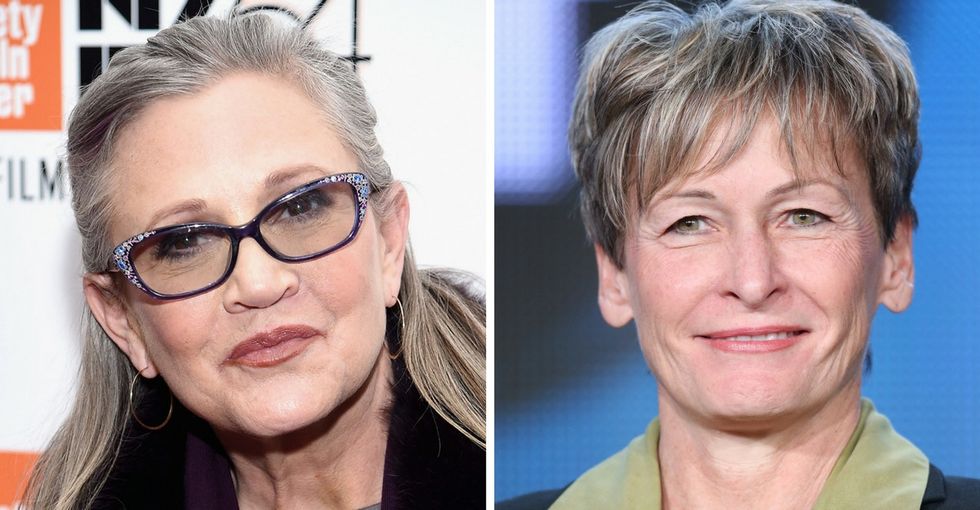 The message, coming just a day after Fisher's death, was simple: "Princesses shouldn't be passive, girls have character & ability to lead. The world needs them to fulfill their potential — thanks, Carrie Fisher."

When "Star Wars: A New Hope" was released in 1977, NASA had already landed men on the moon, but a woman had yet to travel to outer space.

Sally Ride wouldn't make history as the first woman in space until June 1983 (coincidentally, one month after the release of the final installment in the "Star Wars" original trilogy). Princess Leia, while fictional, gave girls everywhere something to aspire to and helped fill the void left behind when "Star Trek" and Nichelle Nichols' iconic portrayal of Lt. Uhura had gone off the air almost a decade earlier.

Fisher's portrayal of the strong-willed "Star Wars" heroine has inspired women around — and sometimes out of — this world.

Pesquet's tribute to Fisher included a photo of U.S. astronaut Peggy Whitson, one of nearly 60 women to have traveled in space. At 56, Whitson recently made history as the oldest woman in space. On Jan. 5, Whitson, who is on the International Space Station, made her first space walk of 2017, meaning just like Luke and Leia, Whitson is a true "Skywalker."

It's women like Peggy Whitson and Carrie Fisher who help inspire generations of young women to reach for the stars.

Remarking on Fisher's return as Gen. Leia Organa in 2015's "The Force Awakens," writer Anne Theriault explained how even today, 40 years after taking on that iconic role, she inspires us.

"She was given the title of princess because of who her parents were, but she earned the rank of general through hard and often miserable work," wrote Theriault. "We love the mythos that heroes get where they are because they are special or chosen, and the people we hold up as icons reflect that."

By breaking the mold of a damsel in distress, Fisher's Leia Organa came to represent something ambitious and unexpected. Maybe she wasn't "chosen" and maybe she wasn't "special," but through hard work, she achieved her goals.

Wherever we look for our heroes, ranging from fictional characters to real-life astronauts, the world is filled with inspiration all around us.