You may not have heard of these 5 women. Which is why this Lego set needs to exist. 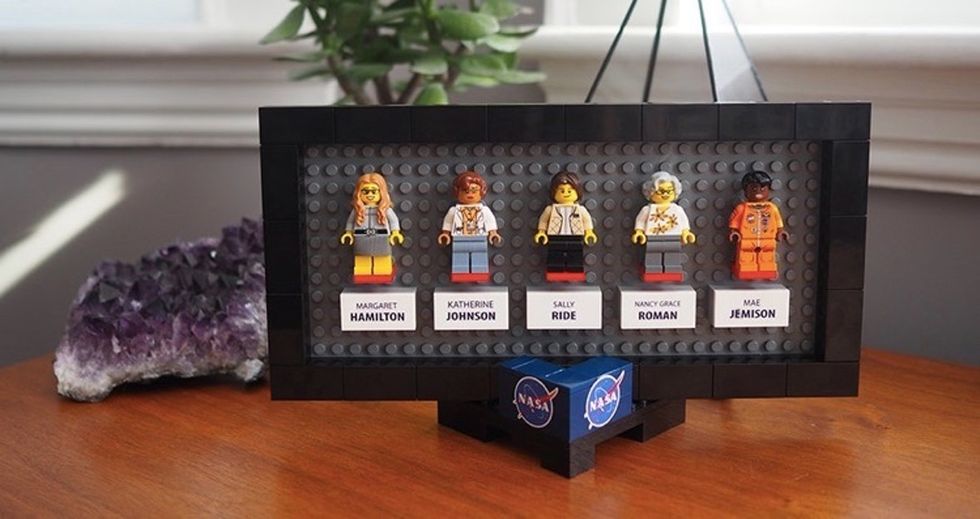 Maia Weinstock knows a thing or two about women in science.

She's a science writer, researcher, and a deputy editor at MIT News, who fell in love with biology and astronomy at an early age. "I've always been interested in understanding how our world and universe works," Weinstock said.

She also has a self-described "mission" to inspire young girls to pursue science careers.

While the job market in science, technology, education, and math (STEM) is the fastest growing in the U.S., there's still a pretty big gender problem: Women are vastly underrepresented in STEM careers, making up only about 14% of engineers nationwide according to some estimates.

To help tackle the STEM gender gap, Weinstock decided to start in the toy aisle.

Why? Because according to her (and many other advocates for women in STEM), girls are often steered away from science careers at a very early age.

"Girls are discouraged along the way through a series of barriers," said Weinstock. "This starts from the day they're born, or even before they're born — parents set expectations for how they treat boys differently from girls."

Weinstock designed a set of Lego minifigures made to resemble five of NASA's most influential women.

The design, submitted to Lego's "Ideas" page, needs 10,000 supporters to be reviewed by Lego designers. Currently, the "Women of Nasa" project has received support from over 5,000 people and has gotten shoutouts from NASA and the UN too.

The five women Weinstock chose are not all famous astronauts. They're a careful mix of recognizable faces and unsung heroes.

Then there's Nancy Roman. Known to many as the "Mother of Hubble" for her role in planning the Hubble Space Telescope, she was also one of NASA's first female executives, as well as a public advocate for women in science.

And finally, Katherine Johnson, a mathematician who calculated the trajectories for the Mercury and Apollo missions, including the one that landed human beings on the moon for the first time.

"We need to value women in positions of power as role models," said Weinstock. "Giving girls toys that show them what they can be is one way to do that. But it's also extremely important for boys to see females in these roles when they go to toy stores, so that it's expected that men and women can and should be a part of the same fields."

Plus, according to Catherine Hill, a researcher at the American Association of University Women, kids start picking up on gendered stereotypes by the age of 3. Those stereotypes can include the idea that construction toys like Legos are "for boys" and can ultimately discourage a girl from her initial interest in science and engineering.

"My LEGO proposal certainly isn't going to completely change the equation," said Weinstock. "But I do think it would help at the earliest, most impressionable stages.

For Weinstock, diversifying STEM is about inspiring kids as early as possible by paying tribute to the achievements of those who came before.

If the project is picked up, millions of kids could get the chance to learn about and be inspired by the women who've been at the center of our space program for decades.

Maybe it seems like a small step, but as NASA itself has shown us, one small step can change the world.