When Trump lashed out at Fallon, the late-night host responded with something much better. 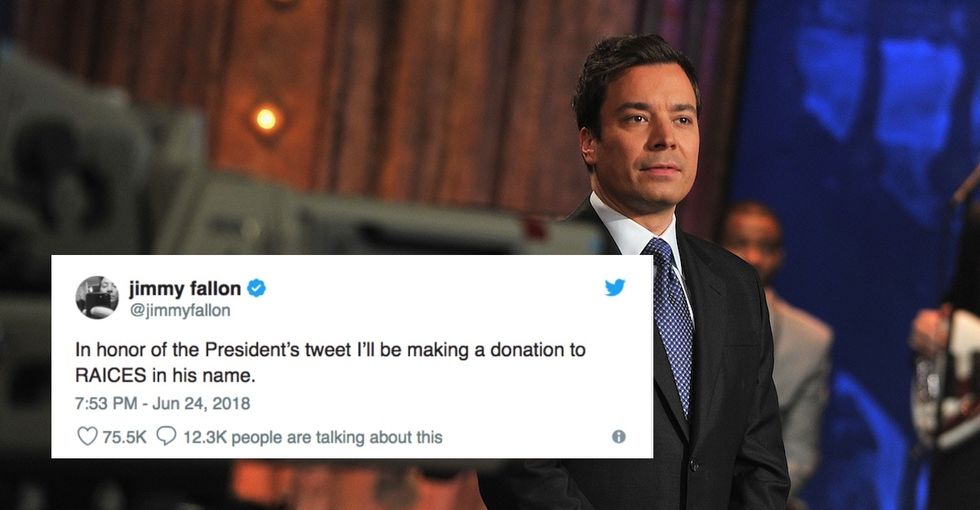 It was the hair tussle felt all around the world.

When Donald Trump appeared on Jimmy Fallon's late-night show in the lead-up to the 2016 election, the host treated him in a manner that most thought was a little too friendly, particularly when Fallon began to play with the candidate's hair.

The public was none too happy, with both viewers and the media calling out Fallon for his obsequious behavior toward a man whose campaign rhetoric was increasingly toxic.

It turns out that Fallon has regrets about the appearance. And as soon as he shared them, Trump responded on Twitter.

In a recent interview with "The Hollywood Reporter," Fallon said that his behavior during the interview was a mistake. "It was a down time," he said. The ensuing backlash was, Fallon admitted, "tough on morale."

"I made a mistake," Fallon said. "I'm sorry if I made anyone mad. And, looking back, I would do it differently."

Of course, Trump had a response:

This time, though, Fallon wasn't backing down. And his response is a call to action for the rest of us.

Shortly after Trump tweeted his barrage of insults at Fallon, the comedian struck back with his own response: He'd be making a substantial donation to The Refugee and Immigrant Center for Education and Legal Services (RAICES) in Trump's name.

The campaign, which has already broken records for a Facebook fundraiser, has also raised more than $20 million dollars for families separated by the Trump administration's "zero tolerance" policy. Fallon's pledge will help ensure that even more families are helped during this dark and difficult time.

It's a good reminder that all of us can do something too. Though we may not have Fallon's millions, many of us could find a few dollars to donate to the campaign on a fairly regular basis. And if you decide to make those donations in Trump's name (or immediately after another of his tweets), then you may just get double the satisfaction of helping those who need it most while reminding the president that he works for the people — not the other way around.