What's the biggest difference between 'natural' and 'organic' products? 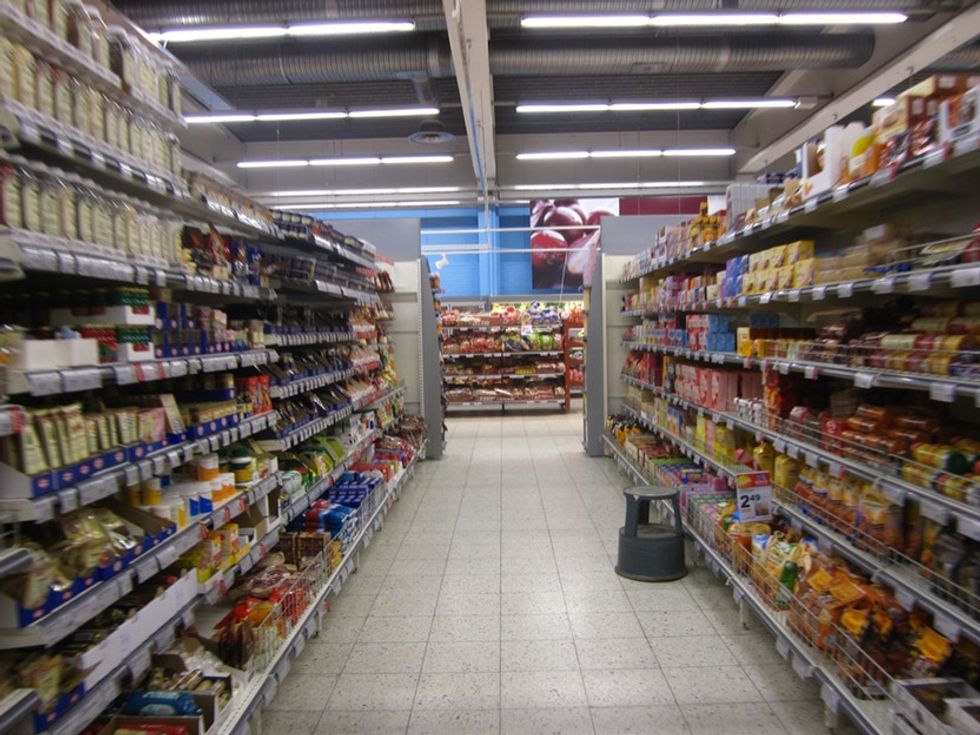 The grocery run. An errand as old as, well, food.

But most would agree that it's not what it used to be.

What was once a simple matter of crossing items off a hurriedly jotted list has become real brain work.

Walking into a grocery store, our eyeballs are blitzed with options, buzzwords, and labels distinguishing the guiltless from the garbage.

Frankly, it can be a little overwhelming.

GIF from "The Hurt Locker."

Let's consider two of the most common terms we see on the shelves: "natural" and "organic."

Both words appear to be loaded with wholesome goodness, but when it comes to our food and other products, they couldn't be more different.

According to The Washington Post, "natural" is the second most money-making label on the market, helping sell over $40 billion of food annually in the U.S.

But here's the thing: the Food and Drug Administration has no clear definition for the word "natural" on food labeling. And contrary to popular belief, food companies aren't held to any verifiable standards before printing it on their packaging.(It's possible this could change, though — the FDA is currently calling for public comments on the use of the term in food labeling.)

Not only are you likely to find processed foods that are "no longer the product of the earth" carrying the label, says the FDA, but Consumer Reports explains that these foods are often produced with genetically modified organisms (GMOs) and artificial chemicals and grown with toxic pesticides.

While "natural" cleaning products may have their upsides — "natural" and "nontoxic" labels are often as informative as they get because cleaning products can't be certified organic and they don't have to list ingredients — when it comes to food, don't count on the label leading you to reliably better health- and eco-conscious choices because it's not much more than a marketing ploy.

The food industry can't be as slaphappy with "organic" as they are with "natural" because it requires third-party certification — meaning they actually have to do something to use it.

According to the California Certified Organic Farmers, "the use of sewage sludge, bioengineering (GMOs), ionizing radiation, and most synthetic pesticides and fertilizers is prohibited from organic production."

And for animal products like meat, eggs, and dairy to be labeled organic, they have to be sourced from non-cloned animals that are not treated with antibiotics or growth hormones.

The science is still out on whether organic foods are healthier for us, but the U.K.'s Food Standards Agency lists a few reasons to choose them: They're generally considered better for the environment, animal welfare, and for reducing human intake of pesticide residues and additives.

But it's not a perfect system.

A grain elevator perched on the horizon. Photo by Eric Crowley/Flickr.

Just because something is organic doesn't mean it hasn't been exposed to any pesticides — farmers are able to use some approved synthetic pesticides and fertilizers. And organic does not mean local. Produce and products may be shipped across the country, meaning they could still have a high carbon footprint.

Like "natural," organic doesn't necessarily mean healthy: There are plenty of cookies, ice cream, chips, and other not-super-nutritious foods produced organically. The best way to know the health benefits of a product is still just to look at the ingredients.

"Organic" is not perfect, but at least we can look it up and get a fairly good idea of how that food is produced. The same cannot be said of "natural." But the more curious and discerning we become, the more likely we'll be to steer our carts toward products worthy of our trust.

From Your Site Articles
Related Articles Around the Web
pets
Videos