This 94-year-old's last bucket list item was 5 seconds on TV to say 3 words. 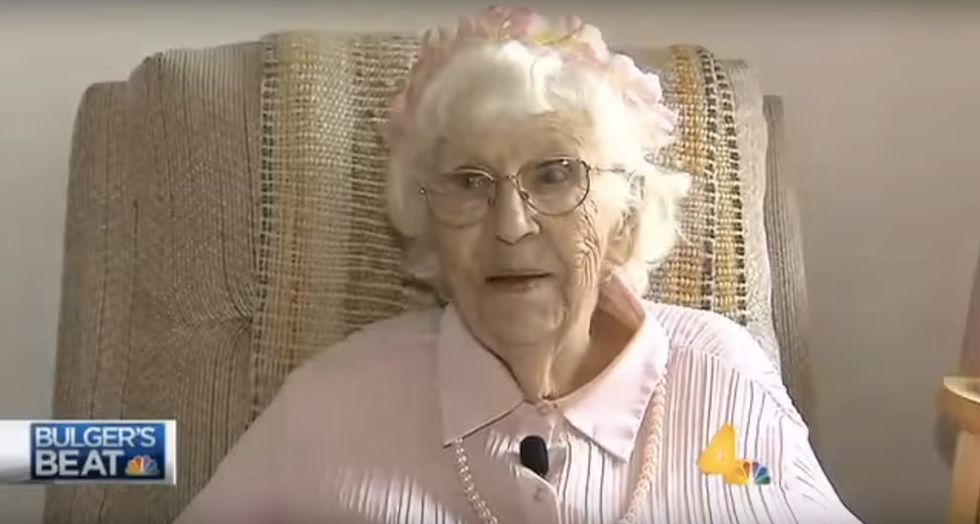 By any measure, Shirley Batchelder has lived a long, "fantastic" life.

At 94 years old, she paints, dons pink flowers in her hair, spends time with family, and runs bingo with her friends. She was married for 57 years to a curly-haired man who was "handsome as can be," she told WSMV Channel 4 News, and is accepting visits from friendly strangers at Steeple Chase Manor retirement home.

Although Shirley's had a great life, she had one remaining item on her bucket list.

This nonagenarian wanted to buy five seconds of commercial time on TV so she could share a powerful but simple three-word message with her community.

So she reached out to WSMV to see if it was possible. Instead of charging her for the air time, however, the Nashville-based station decided to do a story on her instead, New York Daily News reported, to give her more than enough time to get her message out.

What were the three words Shirley wanted to share?

Love. One. Another. You heard it from Shirley, folks.

I can't think of a better use of five seconds or a more perfect three words to share. Because sometimes we all need reminding: We're all in this together.

According to WSMV, Shirley is now "quite happy that her bucket list is empty."

Watch WSMV's segment on Shirley below: