Not all video games treat women like objects. This one does it right. Really really right.

Video games catch a lot of grief about portraying women badly. But the independent game "Sword & Sworcery" did it so well that other developers should sit up and take notice. 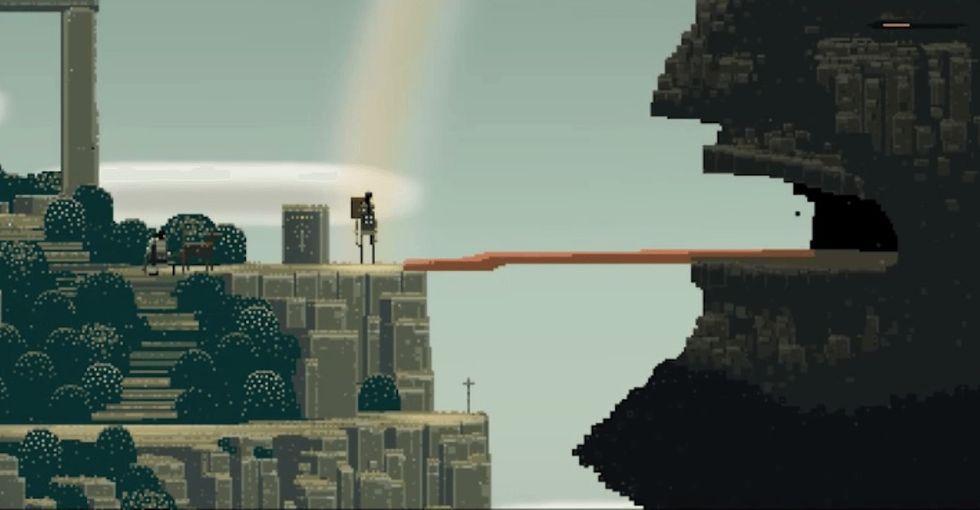 When a woman is featured in a video game, often she's a sexual object, a mission objective, a sidekick, or background decoration.

Its protagonist, the Scythian, manages to save her world without triggering a single eyeroll or exasperated "really!?" because the developers know what you and I know: Heroes are heroes regardless of gender.

Like them or not, video games are big money.

Video games have become a huge part of the way we tell our stories. But they haven't earned a reputation for telling everyone's stories. That's why "Sword & Sworcery" deserves a big shoutout.

Why is this game so special?

First and foremost, it's a good game as Anita Sarkeesian shows us. The retro 8-bit style is well-executed, the music is complex, the gameplay is slick, the puzzles are engaging and fun. But above all: The story is compelling and well-told.

The developers made a decision to make its hero, the Scythian, a woman. And they intentionally avoided the clichés that normally accompany games with female characters. She's not sexualized. She's not foofy or frilly. She's not a sidekick.

"Thankfully, the game doesn't resort to clear gendered signifiers like a pink outfit or a pretty bow in her hair, nor does it present her gender as some kind of surprise twist like we see in the original Metroid."
— Anita Sarkeesian

Is it important that the Scythian is female?

Because she is a person first. She is a person who decides to go on a quest to save a world she loves. That story is not unique to one gender. Anyone can work to preserve what they love.

"She didn't just exist in relation to another character — she wasn't just somebody's wife or sister or daughter — but rather, she existed as an individual, and as a hero."
— Anita Sarkeesian