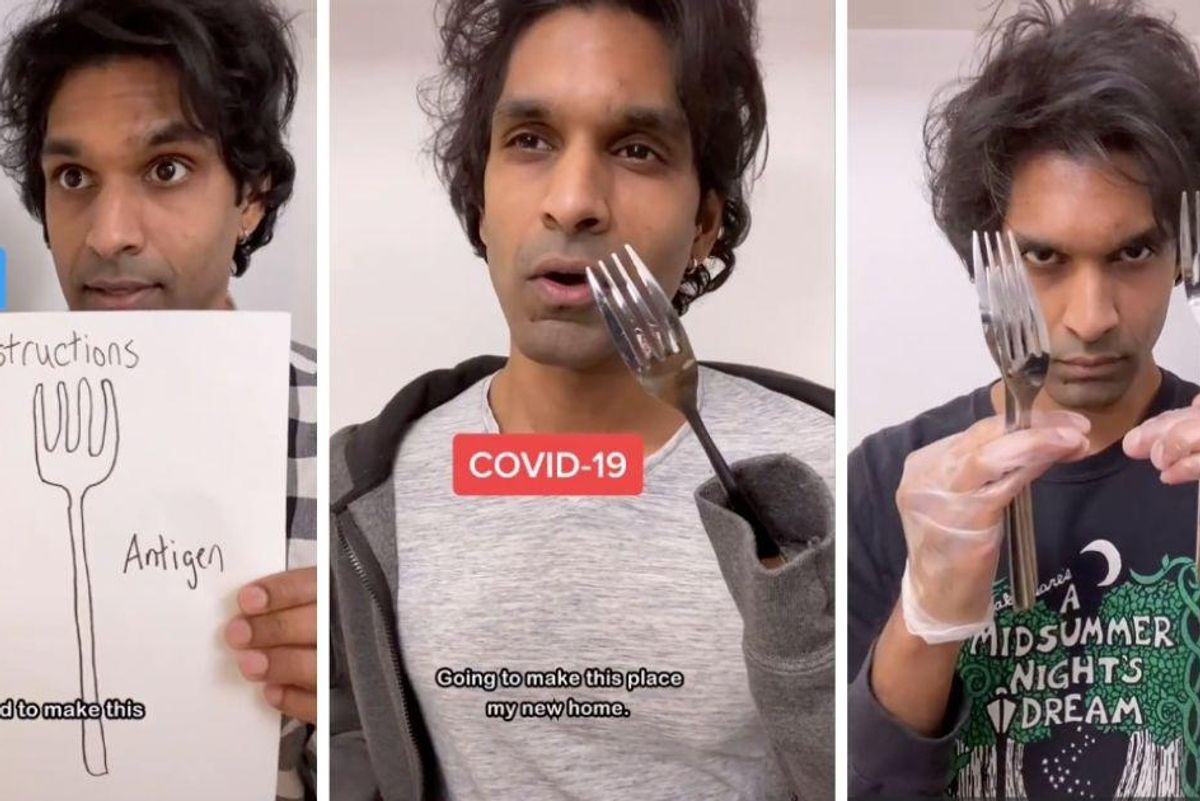 During the COVID-19 pandemic, many of us have become far more familiar with epidemiology and immunology than we ever planned to be. For those of us who are not particularly science-minded, it's been a heck of a journey. Some of us appreciate science and have the utmost respect for scientists, but harbor zero desire to delve into the scientific details ourselves. Or at least we didn't, before a stupid virus upended life as we know it.

Some viral terminology has become household vocab at this point. (Seriously, who ever expected "infection rates" and "variants" to be things the average American discusses around the dinner table?) Others have been a bit hard to grasp, like how the mRNA vaccine works.

You know when you're studying a tricky topic and you come across a word you don't know, but when you look up the word the definition had three other words you have to look up, and each of those definitions have words you don't know, and so on? That's what it's like to try to understand the mRNA vaccine for the average non-scientist.

We do want to know how it works, though. From what the sciencey folks say, it's an amazing breakthrough with far-reaching potential that could change the game for lots of diseases. If we're going to inject something into our bodies, we should know what it's doing. We just don't want to have to get a degree in virology to understand it.

There are some good basic explainers out there that simplify how the mRNA vaccine works, but most of them still include terms and concepts that we feel like we should probably remember from high school biology class but don't. What we need (or want) is someone to explain it to us like we're five.

Vick Krishna has dramatized what happens when the mRNA vaccine goes into your body in a TikTok video, and it's the clearest layman's explanation a non-scientist could hope for. For those of us who have a hard time visualizing the whole mRNA-spike protein-ribosome-antigen-antibody thing, this skit makes it super easy to see exactly how it works.

Cool, huh? Not nearly as fun of an explanation as "fork hands," though.

Doctors, immunologists, and epidemiologists are praising Krishna's simple skit for how clear it makes the mRNA vaccine process, with some dubbing his video a masterclass in science communication. Naturally, it's a bit more complex than that in reality, but the basics are all most of us really need to (or want to) know. More of this kind of science lesson, please, across the board.