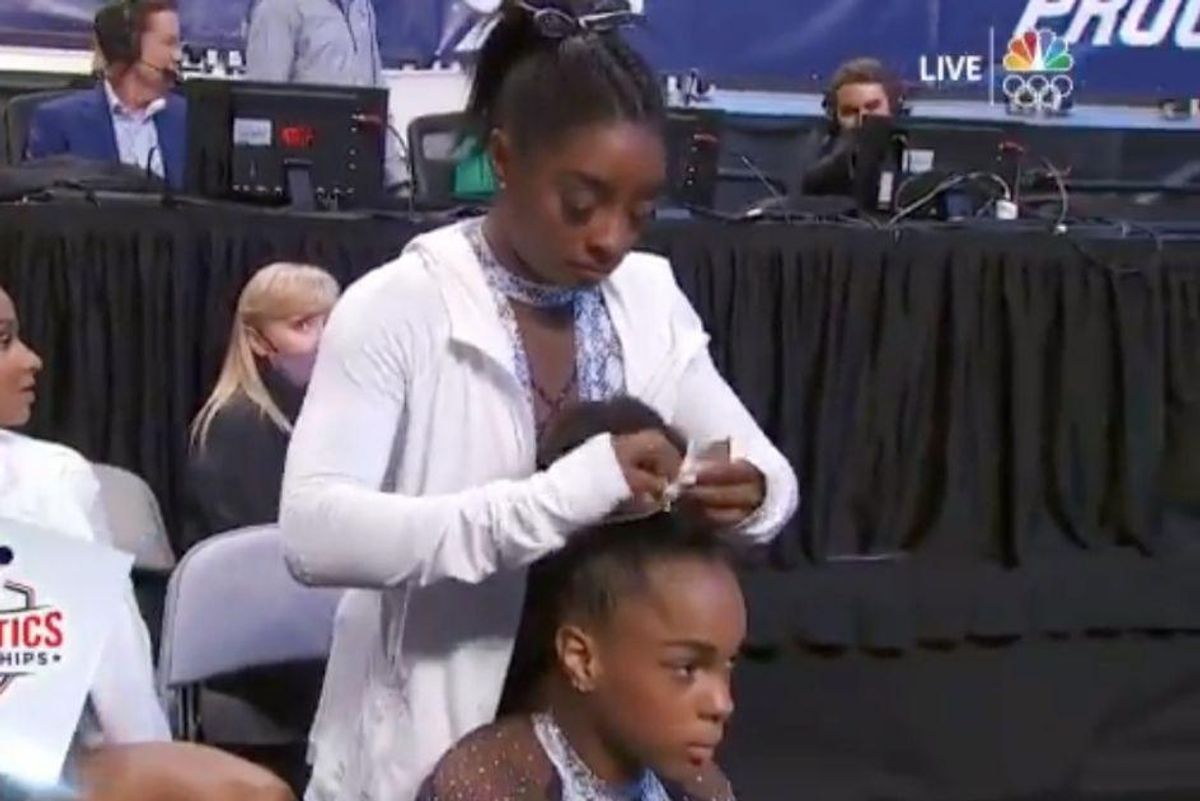 Simone Biles is arguably one of the greatest athletes in the world, and inarguably the world's best female gymnast. Her dominance in the world of gymnastics is all the more impressive due to her age. At 24, she's hardly "old," but she is years beyond the average Olympic gymnast and years past when most elite gymnasts are considered in their prime.

That hasn't stopped her from being the GOAT (Greatest Of All Time), of course. But her years of experience are also benefitting younger gymnasts, as Biles has embraced a supportive mentor role for her potential teammates.

A short clip of Biles putting a silver bow in 15-year-old Zoe Miller's hair has people praising Biles for setting an example of character and leadership.

Biles is loving being a role model to the younger gymnasts on the team. "It's meant the world, especially having the younger ones to kind of guide through the way," Biles told NBC. "I've been here for so long, so to be a mentor for them has meant everything to me, and to share these accomplishments and these goals."

And people are loving Biles for it.

"Simone taking care of the baby goat," wrote one commenter. "She knows she didn't receive the same treatment, but she's the game changer for the next Gen. That's Simone Biles greatness, another perfect 10 in life's lessons."

"She's the GOAT and yet she takes the time to do this," wrote another. "That's what sets her apart. Other athletes of her caliber sit off to the side in their own little world with headphones on and that's a valid choice BUT I love seeing this humanity and humility with a teammate."

"Every young girl should be watching this young lady," wrote a third. "She should be leading the newscast."

Like Biles, Zoe Miller, the young gymnast in the video, has a guaranteed spot on the U.S. Olympic team after last week's trials.

Biles, however, has not lost in competition since 2013. She is the most decorated gymnast in the history of the sport, making her literally the greatest of all time. She's nailing moves that other gymnasts won't (or can't) even attempt. When we look at Simone Biles, we're looking at a true phenomenon. What a gift that she's also a phenomenal teammate.

From Your Site Articles
Related Articles Around the Web
kindness
popular