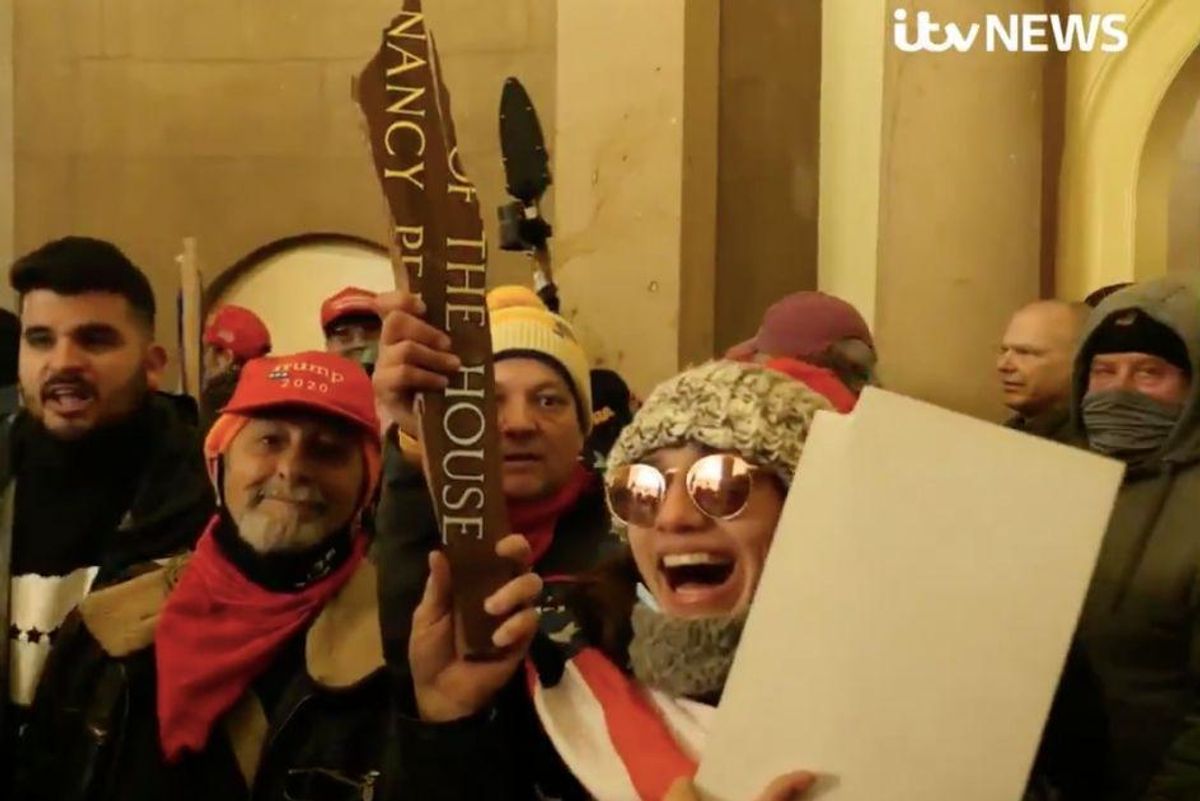 Here in the U.S. many of us had our eyes glued to the news yesterday as a pro-Trump mob stormed the U.S. Capitol, disrupting a constitutionally-mandated session of Congress and sending lawmakers into hiding. We watched insurrectionists raise a Trump flag on the outside of the building, flinched at the Confederate flag being marched through its hallowed halls, and witnessed the desecration of our democracy in real-time.

It was a huge and horrifying day in our history. Our own citizens attacking our own government, all because the president refuses to accept that he lost an election. In their minds, they are patriots defending democracy from an illegitimate election. In reality, they are terrorists destroying the foundations of what makes America great.

As an American, it's a little hard to digest in its entirety. We've been in this weird space of "alternative facts" for years, and have grown accustomed to hearing blatant lies pushed as truth. We've gotten used to being gaslit daily, from the highest office in the land. That constant deluge of falsehood has an effect on our psyches, whether we fall on the side of eating it up like candy or spitting it out like the poison it is.

So seeing what happened at the Capitol through the eyes of another country's media is really something.

British broadcasters were on the ground with the rioters yesterday as they stormed the building, and they captured footage from outside and inside the building that is just surreal. But it's not just the visuals that are striking. To hear a foreign country's media describing an American insurrection really drives home the seriousness of what we all witnessed. To see the domestic attack on our democracy through the eyes of one of our closest allies somehow hits home in a way that seeing it on our news does not.

Watch @robertmooreitv's report from inside the Capitol building as the extraordinary events unfolded in Washington… https://t.co/PjMm60Wbf1
— ITV News (@ITV News)1609973437.0

"America's long journey as a stable democracy appears to be in genuine doubt." Wow, those words. It's a bit like having a friend slap you straight when you've gotten a bit too wrapped up in your own b.s. It also feels a lot like watching news coverage from a country we would criticize for its anti-democratic elections.

What a sobering perspective of where we are as a nation. "Humiliating" seems to barely scratch the surface, knowing this was what the world just watched transpire in our Capitol. "Grave" is another word that comes to mind.

It's going to take time and a herculean effort, but let's all commit to doing our part to repair the fabric of our democracy, restore dignity to the U.S., and regain our standing on the global stage.