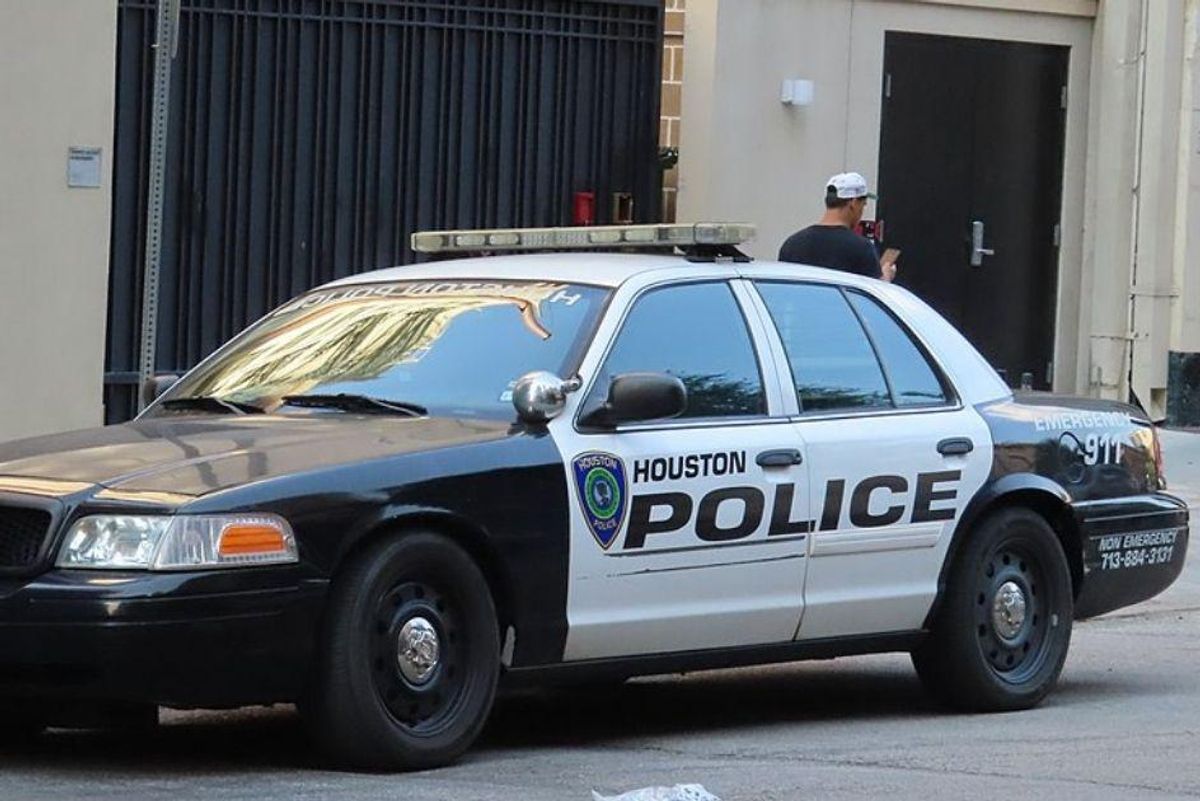 The saying "elections have consequences" has never rung more true than it does right now, and in more ways than one. Right now, the consequence of the 2016 election is that we currently have a sitting president who refuses to accept the outcome of what state election officials have verified as a free and fair election, instead claiming that the election was "rigged" with "rampant fraud," insisting that he actually won in a landslide, and continuing to peddle falsehoods in an attempt to remain in power.

We'll get to those claims in a minute. But first let's look at a story that highlights how the consequences of those claims are growing more and more dangerous.

A former Houston police captain has been arrested and charged with aggravated assault with a deadly weapon after a police investigation into an incident that occurred two weeks before the 2020 election.

According to ABC 13 News, Mark Anthony Aguirre had spent four days surveilling a man who he thought was heading up a huge voter fraud operation. Believing the man's truck was transporting 750,000 fraudulent ballots, 63-year-old Aguirre rammed his SUV into the back of the truck, forcing it off the road. When the driver got out to check his truck and the welfare of the person who had struck his vehicle, Aguirre pulled out his pistol. He held the truck driver at gunpoint on the ground with his knee in his back until the police arrived.

But it gets even darker and unhinged. Aguirre explained to police that he was part of a private citizen group called "Liberty Center" who were "investigating" an alleged voter ballot harvesting operation that the truck driver was supposedly running out of his shed behind his mobile home. Aguirre said he and some friends had set up a "command post" at a Marriott hotel and had been conducting 24-hour surveillance of the driver's home for four days. He claimed the driver was hiding 750,000 fraudulent ballots. He claimed they were using Hispanic children to sign them because their fingerprints wouldn't show up in a database. He also claimed that Mark Zuckerberg had paid the man $9.37 million to conduct the illegal voting operation.

None of this was true, of course. Police searched the truck driver's home, shed, and truck, and found no ballots. His home and shed contained normal home and shed things. And his truck contained exactly what you would expect an air conditioner repairman's truck to contain. The poor guy thought he was being robbed at gunpoint when Aguirre confronted him after ramming his truck.

So what of this "Liberty Center"? A grand jury subpoena of Aguirre's bank records show that he received three large payments from an organization called Liberty Center for God and Country—two for $25,000 in the month prior to the truck-ramming incident, and $211,400 the day after it.

The police officer who investigated the incident wrote in his affidavit that Aguirre told him he could be part of the solution or part of the problem, adding "I just hope you're a patriot."

Apparently, being a patriot means going along with someone being paid huge amounts of money to conduct bizarro "investigations" based on cuckoo conspiracy theories and committing felonies in the name of overturning a free and fair election.

We are so far past the point of "perusing legal channels" for ensuring the election was legitimate it's not even funny. Every state has verified its election results, including states with Republican Secretaries of State that ended up blue. Trump's legal team and other allies who have brought court cases have lost spectacularly. Every court case that has been put forth alleging either fraud or unconstitutionality of election changes due to the pandemic has been lost or dismissed except one, making Trump 1-59 in court. That includes rulings from Trump-appointed federal judges, the Supreme Courts of various states, as well as the SCOTUS itself.

There's a widespread claim that all of these cases have been dismissed on technicalities, but that's simply not true. You can read the court rulings here. There has been an unfortunately successful attempt at convincing a good portion of the public that there is evidence of widespread fraud, but multiple judges have been clear the evidence isn't there. The vast majority of "evidence" that has been presented are affidavits from people either misunderstanding normal election processes or describing normal processes in suspicious ways. Some of it has been flat out false information (such as the "expert" who mixed up counties in Michigan and Minnesota) and some of it has been flat out wrong assumptions based on a lack of relevant knowledge.

We can't get into every instance—and indeed, the absolute flood of b.s. is designed to make it virtually impossible to keep up with—but here's one example from this morning's Senate hearing. Much has been made of the forensic audit of the Dominion voting machines in Michigan, with countless breathless social media posts claiming a 68% error rate. Chris Krebs is a Republican who served as director of CISA—the Cybersecurity and Infrastructure Security Agency—until he was fired by Trump for fact-checking him about the election. He explained in two minutes what the real story is with that part of the audit report.

Krebs on lies about election fraud being spread by the president and others: "We have to stop this. It's underminin… https://t.co/7wWYYZEKTj
— Aaron Rupar (@Aaron Rupar)1608138000.0

And yet Trump is still claiming to have won the election in a landslide, his pet media outlets are peddling the same fraudulent claim, and millions are eating it up.

Let's be perfectly clear. Fake voter fraud claims aside, the idea of a landslide Trump win is absurd on its face. Nearly every single poll of likely or registered voters leading up to the election had Biden favored to win. And despite the fanatic enthusiasm of his base, Trump has been a historically unpopular president. His approval rating at the beginning of 2020 was 42.6%, the lowest of any president since 1976—and that was before his handling of the pandemic led to hundreds of thousands of American deaths. Forty-one separate polls show that he has never even reached, much less exceeded, a 50% approval rating during his entire presidency.

So yeah. Cheering, adulating, superspreading crowds at rallies do not a majority make. The idea that Biden could only have won if there were fraud doesn't even make basic logical sense, and the idea that Democrats would have rigged the presidential election and not the congressional races is just plain silly.

The longer these allegations continue to be pushed, the more danger American citizens and the country as a whole will be in. One man's insatiable narcissism is not worth destroying democracy. Enough is enough.