In a stunning political upset, Alexandria Ocasio-Cortez just made all kinds of history. 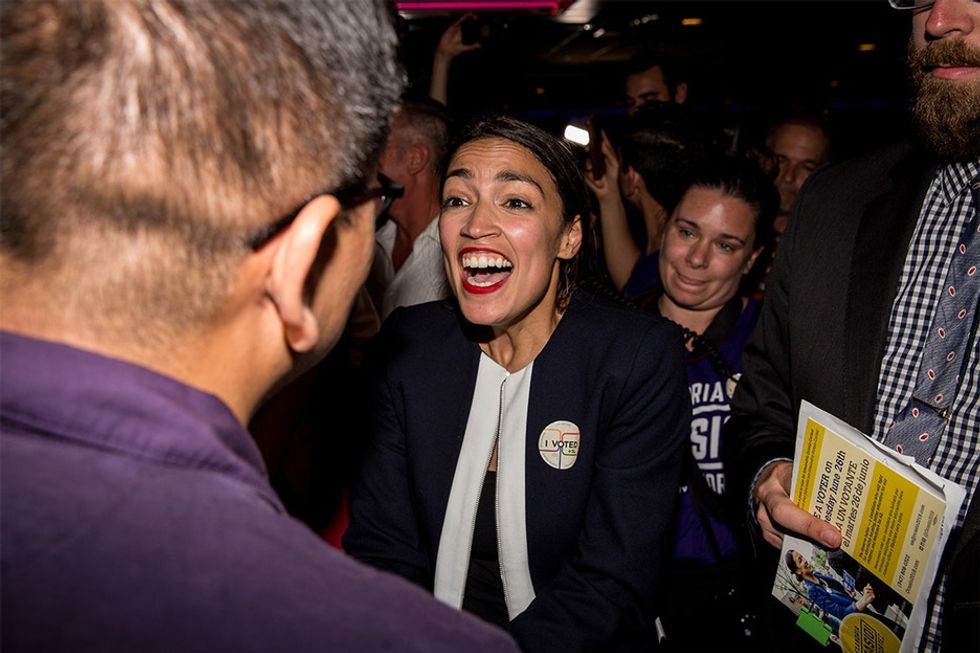 On June 26, 2018, a 28-year-old Puerto Rican Bronx native made some remarkable women's history.

In a stunning upset, Alexandria Ocasio-Cortez became the first woman of color to win in New York's 14th district.

As the first woman of color to even run for the seat, Ocasio-Cortez unseated incumbent Rep. Joe Crowley, marking a new era for progressive politics and the far reach of women of color in American government.

In what some declared a losing battle, Ocasio-Cortez ran a campaign as far to the left as one can imagine in American politics. She boldly called for the abolition of ICE after a horrific immigration debacle at the Texas border and unflinchingly ran on a platform of economic, social, and racial justice for all without accepting any political action committee (PAC) money, a largely unheard of fundraising strategy in politics.

Ocasio-Cortez was warned not to run as many said she'd never have a career in politics again. She was told that going against someone who'd been a Democratic powerhouse for decades — and was expected to take Nancy Pelosi's place as Minority Leader of the House of Representatives — was a losing battle. Many news outlets and pundits refused to even say her name or report on her campaign.

And yet, she kept going. And it worked.

It's safe to say that Ocasio-Cortez, while always confident in the platforms she was running behind, was as surprised as the pollsters were. But, she sprang into action quickly after.

Using social media to attract a mass of supporters and canvassers, Ocasio-Cortez spoke in neighborhoods, rallied at various events for underrepresented communities, and ran with endorsements from groups that aren't necessarily the most well-funded or mainstream. She did it on purpose, representing a city that wanted change — and wanted it on its on terms.

"This race is about people versus money," Ocasio-Cortez says in her campaign video. "We've got people; they've got money. It's time that we acknowledge that not all Democrats are the same."

Regardless of where you stand on the issues, Ocasio-Cortez's win is a beautiful display of the power of sticking to one's convictions in the face of adversity.

Having worked as a bartender to help with family bills just last year, Ocasio-Cortez has an up close and personal understanding of inequality, particularly for marginalized groups.

Oscasio-Cortez recently went to the Texas border to see what was happening with the current administration's disastrous immigration policy. Photo by Joe Raedle/Getty Images.

Her historic win is inspiration for women and people of color around the nation. Ocasio-Cortez reminds us all that democracy is fueled by those who believe in it. Ocasio-Cortez believed in her community, she believed in those who needed helped most, and she unapologetically carried those beliefs until the last ballot was cast.