There are several ways to get involved. 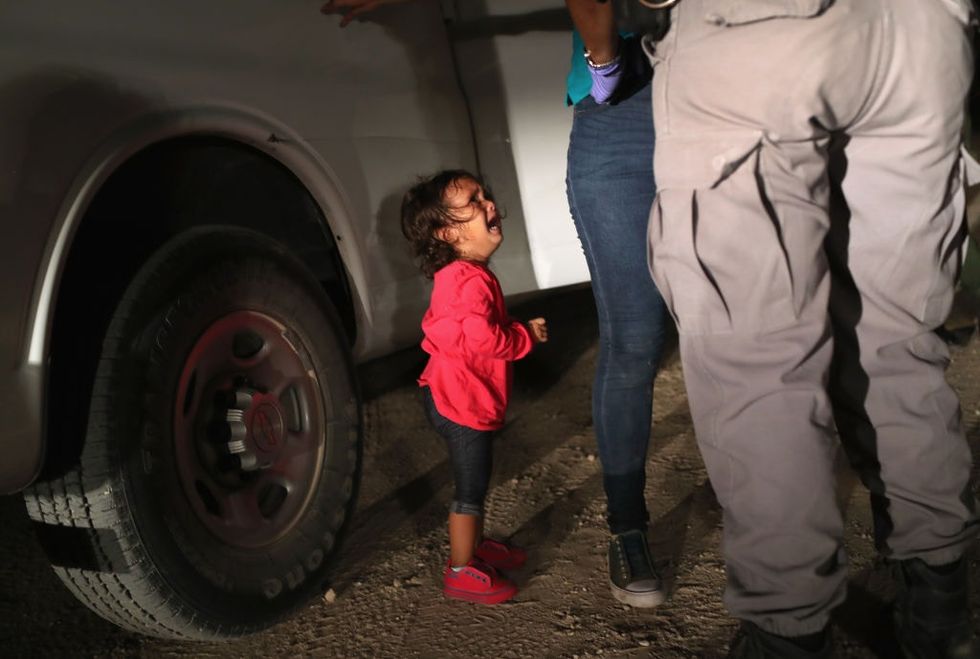 Three Facebook employees were heartbroken by the news of immigrant children being separated from their parents after being detained at the U.S.-Mexico border. So they decided to do something.

On June 16, they launched a fundraising campaign called "Reunite an immigrant parent with their child." It promised to deliver funds to The Refugee and Immigrant Center for Education and Legal Services (RAICES), a nonprofit that provides legal services to families who have been detained while attempting to cross the border.

Specifically, RAICES has two stated goals tied to this campaign:

In just four days, it has reached out an astounding $10 million in contributions from more than 260,000 individual donors.

In a statement posted to their Facebook page, RAICES said:

"We do not have the words to thank Charlotte and Dave Willner. Thanks is inadequate for the work these funds will make possible. We know it will change lives. We know it will save lives by keeping people from being deported to unsafe countries."

When the campaign started, it had a modest goal of a few thousand dollars. But the goal kept getting shattered as news of the campaign went viral. Three days later, the campaign hit a fundraising goal of $5 million coming from more than 127,000 individual donors.

Since then, the contributions have been snowballing at an epic level with no sign of slowing down.

"Until the election, I think there's little chance of a political solution to this grave American moral failing. But there is still something we can do," campaign co-founder Charlotte Wilner wrote on the fundraising Facebook page.

While $10 million is a hugely impressive number that will have real results, the sea of individual donors might be a more powerful message for elected officials.

It sends a strong message to public leaders that Americans demand humane policies — and they won't stand for it.

While most Americans are opposed to the White House policy of family separation, there is still strong support from Republican voters and officials. However, there are already cracks in what only days ago seemed like a united front, with Republicans breaking rank with Trump's handling of the issue.

Vocal statements like this campaign are essential to sending a clear message that even voters who favor strong enforcement of immigration laws will not tolerate the mistreatment of children and families.

Watching this story unfold across the news can make a lot of people feel helpless. But there are ways to help.

The White House has a significant amount of leeway in enforcing immigration policy and Trump appears to be digging his heels in. Short of waiting until this November's midterm elections, people are looking to do something now. This campaign is a good start, but here's what else you can do:

Update 6/20/2018: The great increase in amount of contributions the first few days of the campaign from $5 million to $10 million was added to this post as well as that it has become Facebook's most successful fundraising campaign ever.