Australia just came up with an ingenious way to help stop shark attacks.

It involves you getting out of the way as fast as humanly possible. 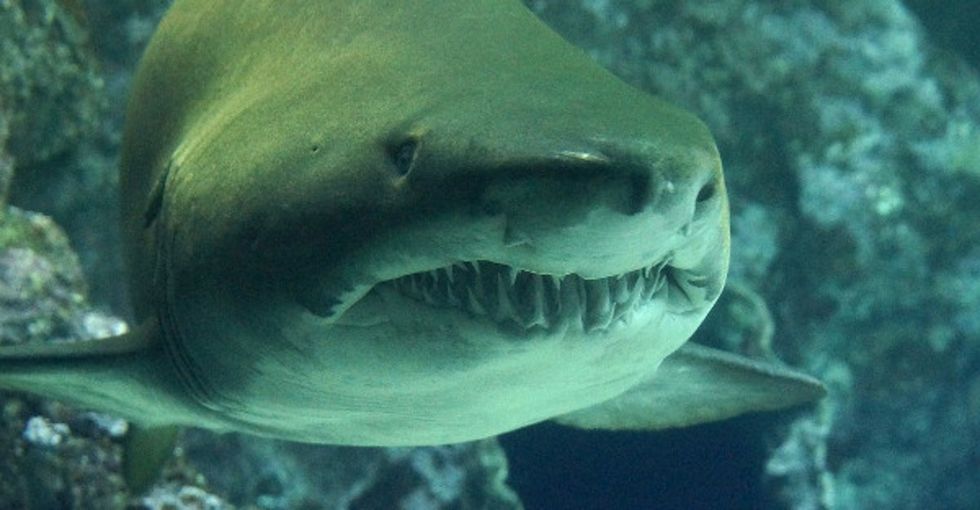 Let's face it. No one likes being attacked by a shark.

It's messy. It hurts. And it's generally terrifying.

On the flip side, pretty much no shark ever is like, "You know what I think I'll do today? I think I'll go bite off some guy's leg. And then spend the rest of my afternoon desperately swimming away from a bearded old sea captain in a rain slicker with a giant hook and a 12-gauge who will eventually catch me and shoot my face off."

No matter how you look at it, shark attacks are a total lose-lose — a problem for both human and beast.

But Australia, a country where sharks and people encounter each other with some frequency, may have found a solution. A weird solution.

According to Alan Yu at NPR, the Australian government decided to give the sharks a Twitter account.

"Government researchers have tagged 338 sharks with acoustic transmitters that monitor where the animals are. When a tagged shark is about half a mile away from a beach, it triggers a computer alert, which tweets out a message on the Surf Life Saving Western Australia Twitter feed. The tweet notes the shark's size, breed and approximate location."

The account basically functions as a shark GPS, informing us delicious humans where it might not be such a good idea to boat or swim.

But when they do happen, like this year's uptick in North Carolina, they freak people the hell out. Which makes people feel like it's OK, even justified, to kill them.

The reality is: Sharks basically have no clue what they're doing at any given moment in time.

The inside of a shark's brain. Image by Eric March/Upworthy.

And many species of sharks are already quite endangered.

Which means it's up to humans to figure out where they are and get the hell out of their way.

Which is fine. Personally, I'll gladly take the responsibility and follow Surf Life Saving Western Australia on Twitter if it means this not happening:

Oh, and if you just can't get enough Shark Twitter, do yourself a favor and follow Mary Lee. The folks at OCEARCH have been tracking her journey up and down the U.S. East Coast.

You can enjoy her wit and wisdom, while simultaneously arming yourself with the necessary information to stay far, far away from her.

It's a total win-win.