What type of noise does a baby rhino make? It's probably different than you think. 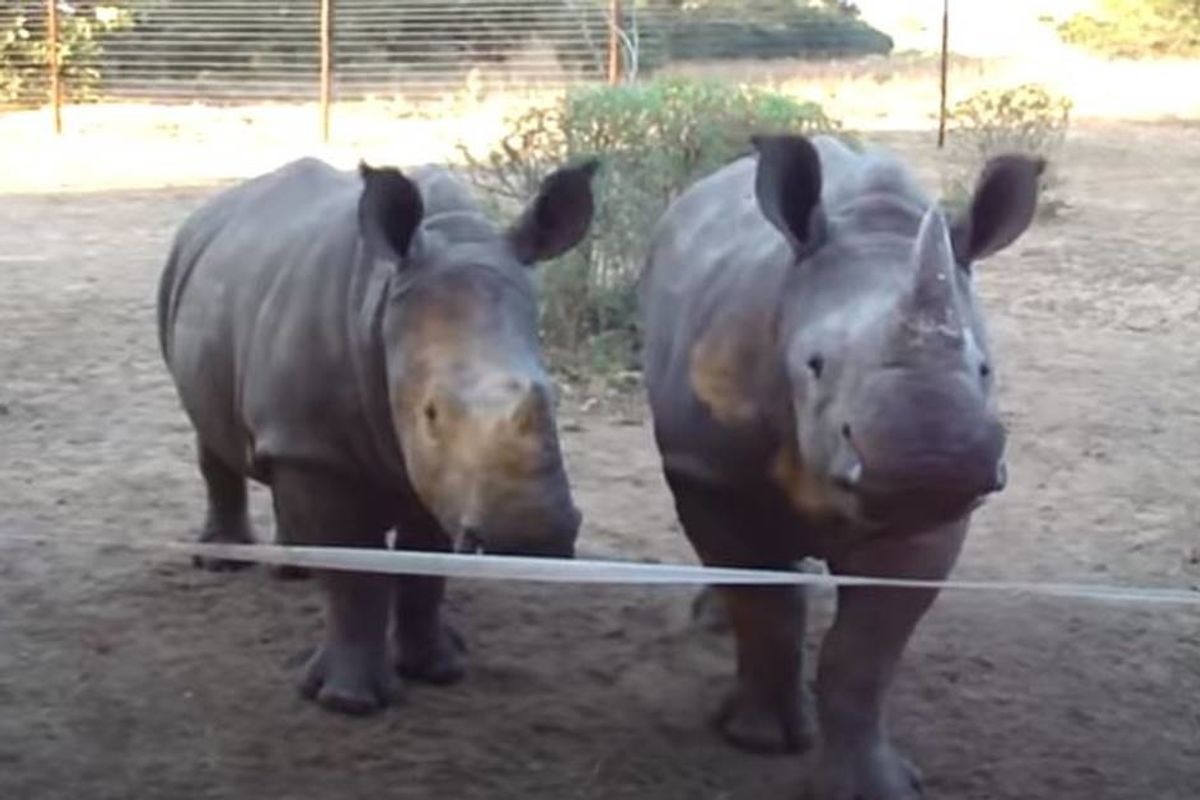 There are few animals that look and sound as rough and tough as a rhinoceros. However, its surprising to see that baby rhinoceroses make high-pitched cooing sounds that have a human-like quality.

The cute noises being made by Kombe and Nyoni are common when they are ready to be fed. They seem to be making these sounds to guilt their caretakers into giving them food. It's like when a dog whimpers or a child pouts when they want a cookie.

You would never guess this is what a rhino sounds like.. www.youtube.com

Sadly, these baby rhinos are being taken care of at a wildlife refuge in South Africa because their mothers were killed by poachers.

From Your Site Articles
Related Articles Around the Web
animals

Every day, I wake up feeling like Peeta at the end of "The Hunger Games" series asking Katniss what's real and what's not real.

The first thing I do is run through a series of thoughts to orient myself to this bizarre reality we're currently in: "What day is it today? Umm...Tuesday, I think. Who is president of the United States? Donald Trump. Wait, is that right? That can't be right....No, yes, that's right. Wow. Are we still in the middle of a global pandemic that has killed 200,000+ Americans in six months? Yes. Are people still acting like it's a hoax? Apparently so. Is there still a ridiculous number of people who believe that an elite cabal of Satan-worshipping pedophiles is secretly running the world and trafficking children to harvest fear hormones from their blood, and that Donald Trump is going to save us all from it? Yup."

Then I lie there in dumbfounded disbelief before semi-rallying: "Okay, here we go."

It's not really okay, though. How any of us are expected to be able to function in this reality is beyond me. When we've gone beyond merely having different perspectives on issues and instead are living in completely different versions of reality, I can't figure out how to feel okay. Or, to be more accurate, when some of us are living in objective reality and a not-insignificant-enough number of us are living in a completely made-up land of alternative facts and perpetual gaslighting, it's hard not to feel like I'm the one losing my grip.