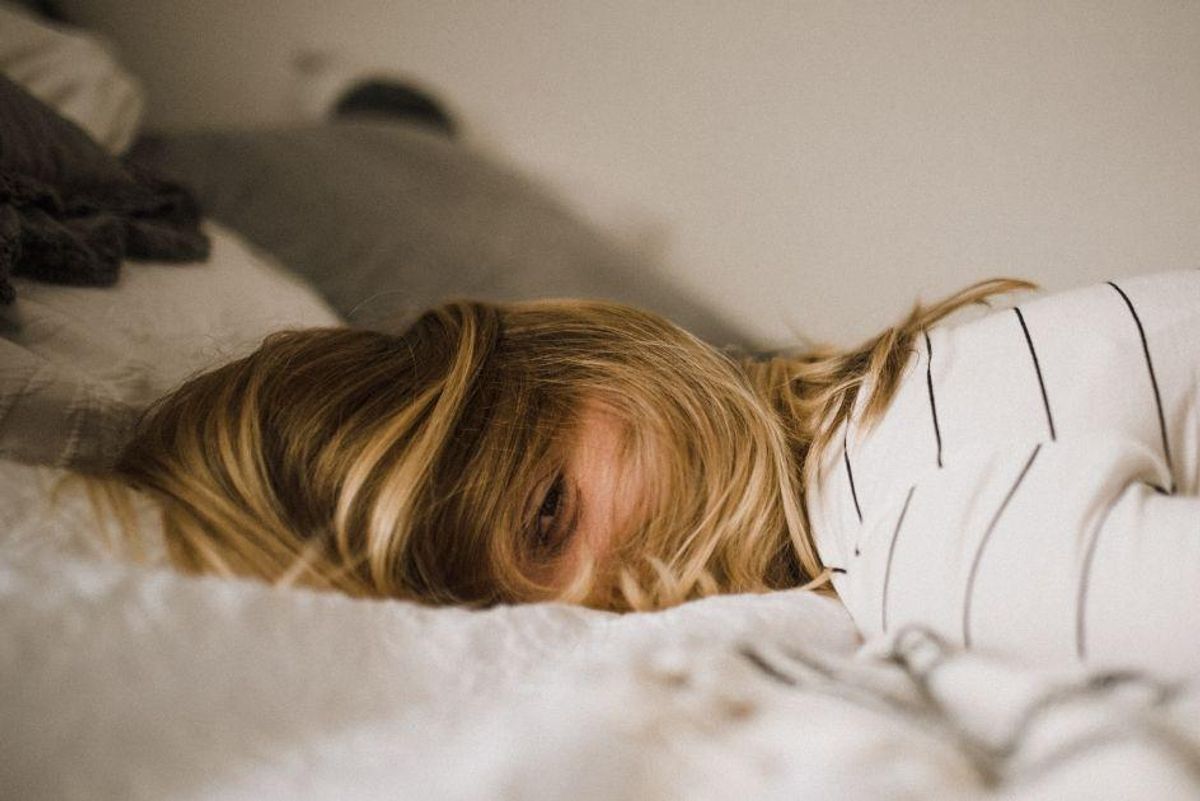 A female friend once told her husband that her doctors had dismissed her when she described how much pain she was in. Her husband gave the docs the benefit of the doubt, saying that pain was subjective and maybe she just needed to describe it differently. Then he went to a doctor's appointment with her, saw the phenomenon himself, and apologized. She was right. She'd explained exactly what she was experiencing—the doctors just didn't believe that her pain was as bad as she was describing.

Gender bias in pain assessment and treatment in clinical settings is well-documented, but a new study has found that it's not just health professionals who tend to think women exaggerate pain levels. In a paper published this month in the Journal of Pain, an international group of researchers from the U.S., France, and China shared that among a sample of average adults, both men and women show a "reasonably strong gender bias" in their interpretations of patients' pain. The main takeaway is that people tend to believe that women aren't in as much pain as they really are.

The study involved two experiments, the first with 50 participants and the second with 197, in which people watched videos of both male and female patients experiencing shoulder pain. Participants were asked to observe the patients' expressions of pain and rate their pain level on a scale of zero (absolutely no pain) to 100 (the worst pain possible).

In both experiments, participants perceived female patients to be in less pain than the males, even when they were experiencing the same intensity level of pain. And across the sample, women were just as likely to underestimate women's pain as men were.

Why such discrepancies? The study authors think on reason is gender expectations and stereotypes.

"Generally, boys are discouraged from expressing emotions, whereas girls are permitted to express them," the study authors told The Academic Times. "As a result, men may be more reluctant to express pain and other vulnerabilities than women. Thus, masculine gender norms are associated with high pain tolerance and stoicism whereas feminine gender norms are more permissive of expressing pain."

Researchers also included a Gender Role Expectation of Pain Questionnaire in their second experiment, which found that women tend to believe that women are able to endure pain longer than men, and both genders believe that women are substantially more willing to report pain than men. According to the authors, those pain-related stereotypes predicted the pain estimated biases shown in the experiment.

Paradoxically, women may be perceived as exaggerating their pain precisely because they are more open and honest about it.

"Women are consistently found to report higher levels of pain than men and to be more expressive of pain than men," the authors said. "Perceivers may in turn get habituated to more frequent or more intense pain expressions in females and as a result reduce the pain they attribute to those expressions."

Such gender biases in pain estimation matter, as they can interfere with effective clinical care when coming from physicians and impact social support when coming from the people around us. Similar pain perception biases also happen along racial lines, so women of color face an even steeper climb to have their pain recognized and treated effectively.

Though biases are subconscious and can be tricky to weed out, a simple solution here is a shift in mindset to believing women when they describe what's happening in their own bodies. Pain is subjective, which should be all the more reason not to make your own judgments about what someone else is experiencing. If a woman says her pain level is a 7 out of 10, that's what she means. She knows her body. It's okay to take her at her word.

From Your Site Articles
Related Articles Around the Web
women