James Taylor performs from home with his wife and son singing harmony, and it's just so pure 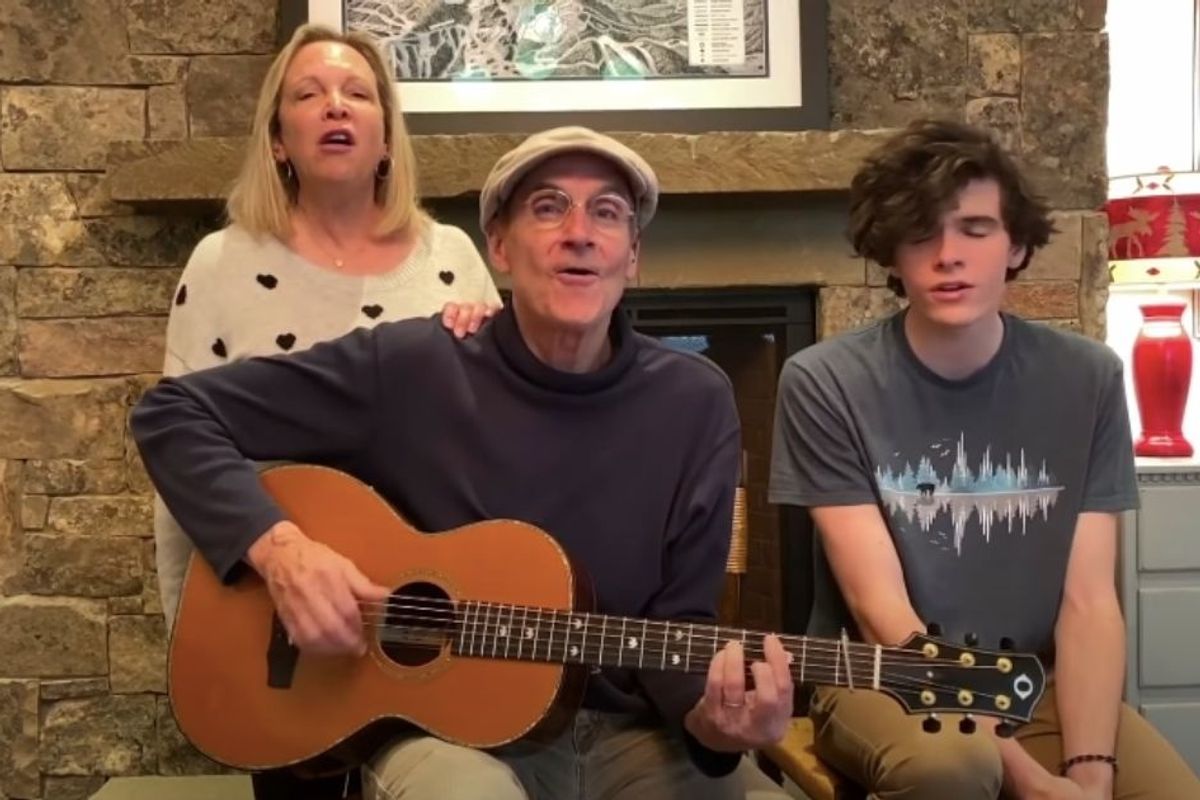 James Taylor is one of the best-selling music artists of all time, with five Grammy awards, more than 100 million albums sold and an induction into the Rock and Roll Hall of Fame under his belt.

A new video of him casually singing with his family from their home in Montana just oozes wholesomeness in a soul-stirring three-part harmony. With simple, pure musicianship, Taylor plays guitar and sings lead vocals while his wife Kim and son Henry add harmony on his song "Now You Can Close Your Eyes." Originally released on Taylor's 1971 album Mud Slide Slim and the Blue Horizon, it's an absolutely gorgeous gift to us during this uncertain time.

James Taylor: You Can Close Your Eyes (The Tonight Show: At Home Edition) www.youtube.com

The performance was shown on The Tonight Show Starring Jimmy Fallon and included a call to raise funds for the Mass General Emergency Response Fund (https://massgeneralresponds.org), supporting the Boston hospital where 72-year-old Taylor was born and where his father worked as a doctor.

Thank you, James Taylor, for bringing this beauty to our homes during such a difficult time.