If Congress wants to put your browser history up for sale, why not buy theirs first?

The 'Supernatural' actor launches a fundraising effort in the name of online privacy. 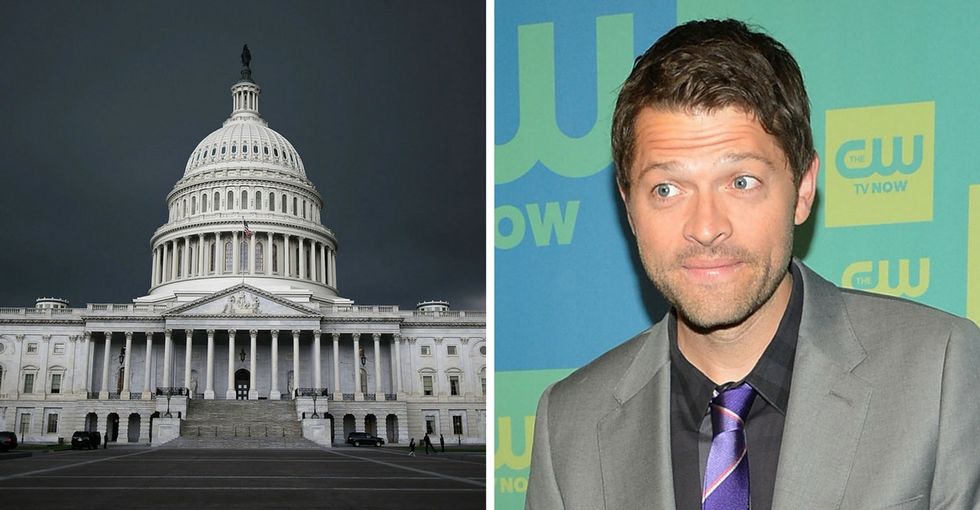 Misha Collins needs to raise half a billion dollars.

Or, at least, that's what the "Supernatural" actor (and former White House intern) figures he'll need in order to purchase the internet browsing data of every member of Congress who voted for a bill that — get this — makes selling people's internet browsing data completely legal without having to get anyone's permission. Wild, isn't it?

And while being a popular actor with steady work in TV and film probably helps pay the bills, $500 million is likely juuust a bit out of Collins' price range. So he did what many people in a financial crunch do: He started a GoFundMe campaign.

Collins' logic is pretty sound: If Congress wants to turn our privacy into something that can be bought, we the people can make a point by banding together to buy their privacy.

The bill, which was passed by the House of Representatives on Tuesday (and is expected to be signed by President Trump), allows internet service providers (ISPs) like Comcast, Verizon, or Time Warner, to collect and sell customers' data to anyone without their permission. That means that everything ranging from your location to your browsing history (which might include your medical, personal, and financial history) can be packaged up and sold off — and there's nothing you can do about it.

The bill overturns a Federal Communications Commission rule put in place at the end of 2016 designed to stop ISPs from doing just that. The rule, which hadn't gone into effect, was a big win for people who, you know, don't like having their personal info sold to advertisers without their permission. Rolling it back is a big win for ... well, not those people.

"Game on, Congress," Collins taunts on his GoFundMe page.

In the event that Collins is able to raise enough money to purchase Congress' data, he would use it for (mostly) good, adding that he would never share information that would affect someone's safety and security.

But other than that? Well, that's a different story. "All other details are fair game," Collins wrote.

In the rather likely event the campaign doesn't hit the $500 million goal, Collins is going to donate whatever money the page brings in to the American Civil Liberties Union to help fund the fight for the rights of all Americans — including the right to internet privacy.

Of course, there are other ways you can get involved in the fight, such as signing onto the ACLU's petition or donating to them directly. Other organizations worth consideration include the Electronic Frontier Foundation and the Center for Democracy & Technology.