He might have quit dancing if it wasn't for the support of his 2 dads.

A brave boy pushes the gender norms by opting for ballet over football, and his parents couldn't be happier. 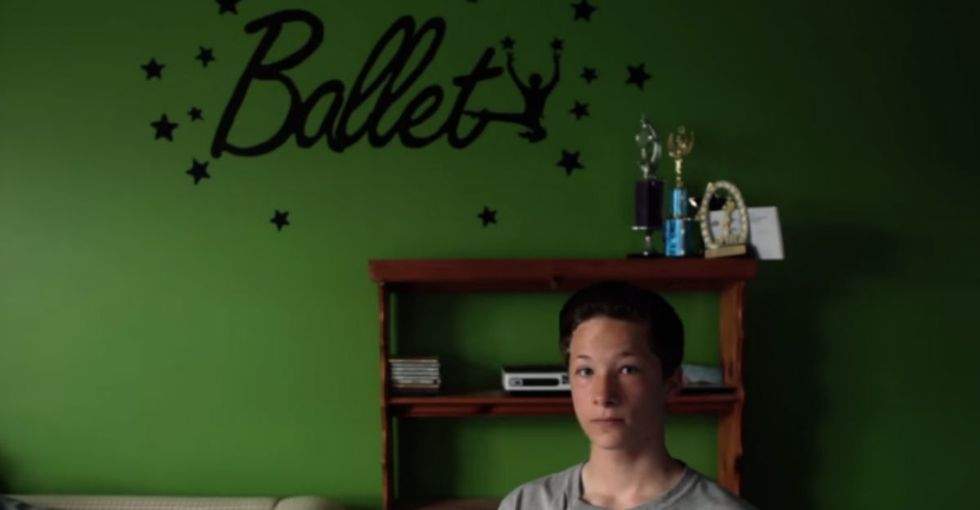 Robert and Thomas always knew that their son James liked to jump and move.

But they didn't focus on it until friends pointed out his dancing skills at a wedding. Soon after, the family went to see "The Nutcracker," and that's when James made a decision.

"At intermission he said, 'I want to do that,'" explained one of his dads, in a piece called "The Boy Who Could Dance" by It starts with you. It stays with him.

But James' dreams of smashing it on stage in front of a packed house were almost squashed by bullies.

In an environment where, as one teacher put it, "we still gear kids towards soccer and football and boy things," school bullies made fun of James for embracing ballet. But for him, the decision to dance was simple.

"Instead of playing other types of sports like football or something that I don't like ... I do something that I wanna look forward to every day. Like after school, I'm like, 'Yes, I get to go to the dance studio and dance.'"

Images by It Starts With You.

How did his parents respond to the bullying? Like rock stars.

James' two dads are fantastic because encouraging their son to participate in a sport that knocks down traditional gender norms is incredibly important and should be celebrated.

"They'd like cheer me up, because everyone needs someone to look up to in their life," said James.

That's what awesome parenting is all about.

With the support from his two dads, James now talks confidently about his love for ballet.

And his dance teacher is jazzed. She said, "I have more and more boys auditioning, and it comes from kids like James, who do it, talk about it, invite others to come out."

It's exciting to think about where James may land professionally in the future. "Maybe when I'm older, I can inspire people that it doesn't matter, you can still do what you want to do," he added.

Get it, James! To see "The Boy Who Could Dance" in action, check out the clip below.