About 2 dozen countries have banned declawing, but the U.S. ain't 1 of them. 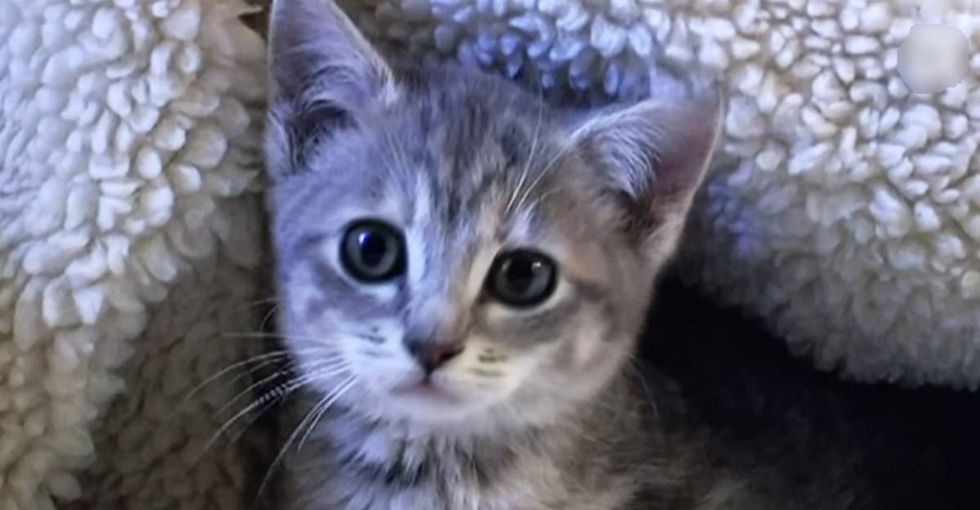 Many loving pet owners had their cats declawed because they just didn't have the whole story.

Here's what you (and your friends) need to know.

All GIFs and images via Jason Galaxy/YouTube.

It's been estimated that up to 25% of all pet cats in the U.S. are declawed. It's also legal to declaw cats in Canada.

Part of declawing is "de-knuckling." (I'm squirming too, but there's nothing graphic here, so don't worry.)

Bones get amputated as part of the process.

Why do people do it? One reason is they don't want their stuff or themselves to get scratched up.

Cats have an instinct to maintain and exercise their claws (who doesn't like a good workout?). They also often communicate by patting their paws at you, and when they really want you to understand them, they'll draw out those point-making claws.

But if they don't have claws, cats may decide to communicate with you by biting instead.

I'd take a swipe or two instead of a bite, thank you very much.

Also, kitty litter hurts their post-surgery feet, so they start finding other less painful places to pee ... in the house.

I don't know about you, but I'd rather have a cat with claws than turn my house into a toilet.

Without claws, cats have trouble defending themselves from predators.

They have a hard time climbing trees to escape and can't protect themselves with their claws if they get caught.

These kinds of post-declawing behaviors often land declawed cats at the shelter (because maybe you don't like what they're doing, but you can't just let them go in the wild now that you've taken away their defenses). And I think we all know what can happen when there are too many animals at the shelter...

So, does laser declawing make a difference?

It apparently is less messy and can mean a speedier recovery, but that's about it. There's some research out there, but nothing seems conclusive that laser declawing is superior.

People are fighting to ban declawing in the U.S. city by city, but it's time to have it banned across the whole country. In Canada too.

If you've already declawed your cat and you didn't know any better, don't feel bad.

Let's get the word out to everyone else.

You can check out the Cat Daddy himself in the video below.

Jackson Galaxy is one cool cat.

FACT CHECK TIME! The video says at least 22 countries have banned declawing. Our fact-checkers found a range from 22 to 28 countries with official bans by the end of 2014, and — as Jackson says — more are sure to come.