A 7-month-old baby on the no-fly list? Yup. But that's not the most absurd thing about it.

Babies can be terrors. But that doesn't make them terrorists. … Or does it? 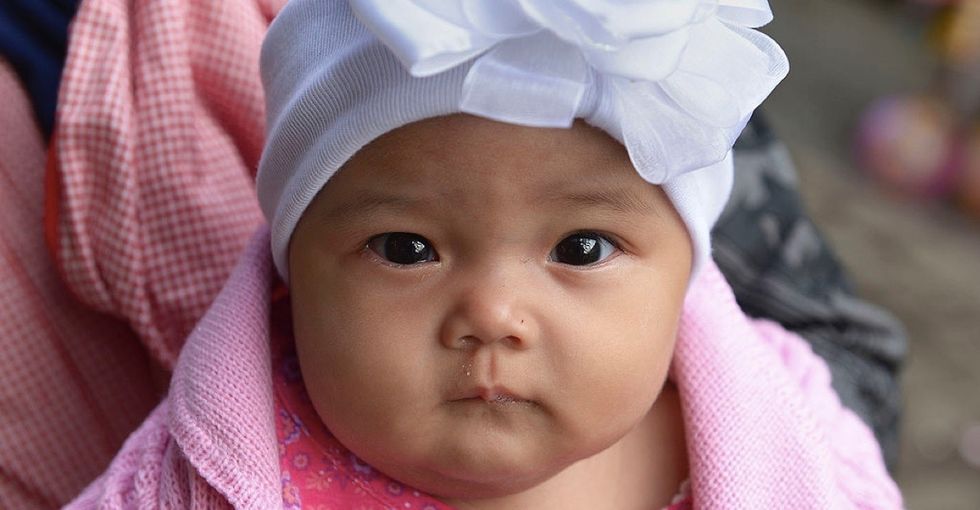 In 2012, a 7-month-old baby was designated as a "known or suspected terrorist threat" by airport security and placed on the no-fly list.

That baby is now 4 years old and is one of 18 plaintiffs listed in a lawsuit filed by the Council on American-Islamic Relations in April seeking damages for those who have allegedly suffered from being listed as "terrorists" without criteria or evidence.

Now, it might sound a little ridiculous to have a baby on the no-fly list. But there must be a good reason, right? This is a country that believes in due process, where even an adorable little poop monster is innocent until proven guilty! We wouldn't just brand someone a terrorist for life without some legitimate proof, WOULD WE?

So why how did this so-called "Baby Doe" (if that is his real name!) manage to land on the terrorist watchlist? I have a few different theories.

1. Baby Doe is actually a terrorist, executing an insidious diaper plot against the American people.

This is the obvious, and perhaps most likely, scenario.

2. Perhaps Baby Doe refused to narc on his fellow babies.

Government authorities have a history of approaching people with no prior criminal backgrounds or reasons for suspicion and pressuring them into acting as secret informants. And sometimes, those who don't cooperate get placed on the no-fly list.

"Who me? I don't know anything!" A likely story! Photo by Masum Ibn Musa/Wikimedia Commons.

3. Or what if Baby Doe actually works for the Department of Homeland Security?

During a recent push to prevent people on the terrorist watchlist from purchasing firearms, it was revealed that 72 DHS employees were included on the list.

Baby Doe once allegedly hijacked his mother's iPad and posted "fdgislgbdgkudsgsghbwenfwepfnasfiu" to her Facebook page. Was it nonsense? Or a carefully encrypted message?

It could just be a clerical error. That happened to the Robert Johnsons of the world, 12 of whom shared their experiences with "60 Minutes" after a different Robert Johnson had plotted to blow up a Hindu temple and a movie theater in Toronto.

"Just because a person has died doesn't necessarily mean that their identity has died," said Donna Bucella, who previously oversaw the FBI's Terrorist Screening Center, in a 2006 interview with CBS News.

At the time, Hussein was listed on the no-fly list, even though he was on trial in Baghdad. The 14 alleged hijackers from 9/11 were also on the list.

7. Even if he's not Saddam Hussein, Baby Doe could be a crucial witness in a major legal case.

Architect Rahinah Ibrahim previously took the DHS to court in order to get her name removed from the no-fly list after it had been placed there by a clerical error. When her daughter was scheduled to testify in court, DHS apparently took action to prevent her from boarding her scheduled flight.

8. Or this could all just be a glaring indicator of just how ridiculous, unfair, arbitrary, and, oh yeah, unconstitutional the no-fly list actually is.

Here's what really happened: Baby Doe is a Muslim-American child. According to The Intercept, he was boarding a flight with his mother when his passport was stamped "SSSS" to indicate the need for a Secondary Security Screening. He was patted down, searched, and subjected to chemical testing. They even analyzed his diapers. While no wrongdoing was found (and neither was common sense, apparently), his name was placed on the no-fly list, where it remains to this day.

He's not the only child to have been flagged by the Transportation Security Administration for suspected terrorist activity either.

Before 9/11, there were 16 people banned from flying in the U.S. due to suspicions of terrorist activity. Today? That number is closer to 50,000.

Government agencies have even admitted that the criteria for the no-fly list is based on subjective predictive assessments rather than any kind of quantifiable evidence, and at least one U.S. District Court judge has ruled that the government's attempts to restrict people's freedom of movement is unconstitutional.

Meanwhile, the TSA has an annual operating budget of nearly $8 billion despite that a recent DHS investigation had people who managed to sneak mock weapons past airport security 95% of the time.

There's nothing wrong with taking a proactive stance against terrorism. Keeping people safe is a good thing. But if we need to encroach on the civil liberties of babies (not to mention countless others) in order to do that — well, then what are we really fighting for?