Why summer is so unfair for people in the city, as explained by science. 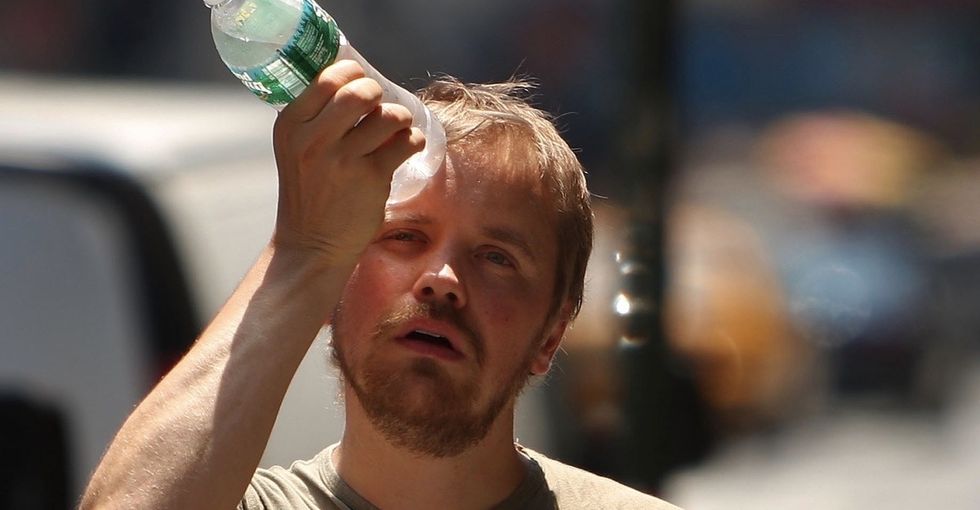 Many cities around the U.S. are kind of awful to walk around right now.

Stepping outside feels like stepping into one of those Quizno's sandwich toasters.

And if you've ever thought, "Man, this has got to be the hottest place for miles," well ... you might be right.

(Though there might be something we can do about it.)

Cities are hotter than their surrounding countrysides. Sometimes more than 20 degrees hotter.

That's according to the Environmental Protection Agency.

This is because of something called the "heat island effect."

Our cities are basically giant jumbles of asphalt and concrete — both of which love to hold onto heat from the sun.

The countryside, on the other hand, is full of stuff like dirt and trees, which tend to stay cooler.

Cities are full of heat we produce ourselves – including, paradoxically, from air conditioners.

Air conditioning works by essentially taking all the heat from inside the building and shoving it out the window.

You know, where all the rest of us are.

Not to mention all that car exhaust.

This excess heat in cities can be dangerous — and it's likely to get worse.

Heat exhaustion and heat stroke are a serious problem, especially for sick people, infants, and anyone who can't find a way to cool off.

Unfortunately, climate change is predicted to increase the number and severity of heat waves.

OK, so yes, that seems bad, but there's good news. We know how to defeat the heat island effect.

Plants aren't just good on the street – they're effective on our roofs as well.

Even just painting the roof of a building white can help.

Or even just by trying to drive less and use less electricity in the summer.

There are a ton of clever tips for keeping cool instead of reaching for that air conditioner in the summer.

So the next time someone says, "This city is way too hot," you look 'em dead in the eye and tell them they're right.

Then take them down to city hall or your local garden store and show them how we can help keep our cities cool and safe.