When I Hear 'Tougher State Gun Laws,' I Think Of These 3 Maps. They're Burned Into My Mind.

These maps show that states working hard to pass strict gun-control laws are mostly doing it in vain because the most permissive state laws in the U.S. sets the bar. And the bar is low.So it's basically like that age-old saying, with a twist — if your friend jumps of a cliff/passes a really permissive gun law, you're goin' off that cliff with 'em. 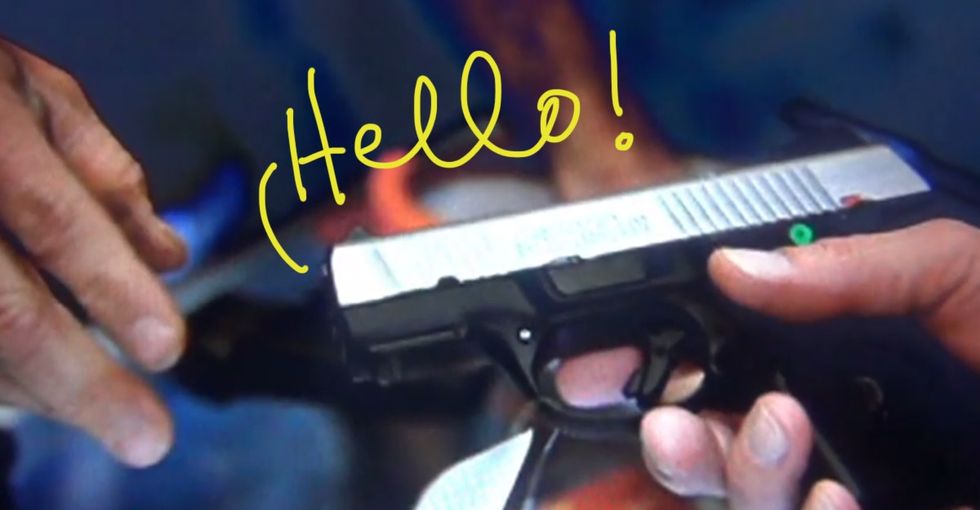 What percent of guns have come INTO your state that weren't bought there? The darker the state, the more guns in that state that weren't (legally) purchased there, and whose purchases weren't subject to that state's gun laws. And as I noted in the title, these are all guns that were used in crimes.

The Northeast, California, and Illinois stood out to me, so I asked our fact-checkers if maybe those states had tougher gun laws. Turns out that's not exactly the case, though in general the Northeast, California, and Illinois have stricter gun laws than, say, Texas or the South. This *might* explain why criminals in stricter states are IMPORTING their guns.

GUNS USED IN CRIMES EXPORTED OUT OF STATES

And here's a look at where those guns — that were used in crimes in other states — came from.

This is the total number of guns whose origins were traced overall. Like I noted, all the guns traced in this data were guns used in crimes, so this is basically which states have the most guns used in crimes. It's not representative of gun ownership rates — it's more representative of total gun crime. These are raw numbers, so California is dark because there are lots of people in California. It actually has a pretty low per-capita gun crime rate.

Nearly a third of the 155,000 guns officials recovered in 2012 were traced back to sources outside the state they were found in, according to data compiled by the Bureau of Alcohol, Tobacco, Firearms, and Explosives.

For even more specific info on *your* state and for the total numbers, click around the maps yourself here!