Watch one woman use hip-hop and dance to dispel myths about Muslims.

Amirah Sackett is fighting anti-Islam sentiment in a powerful way. 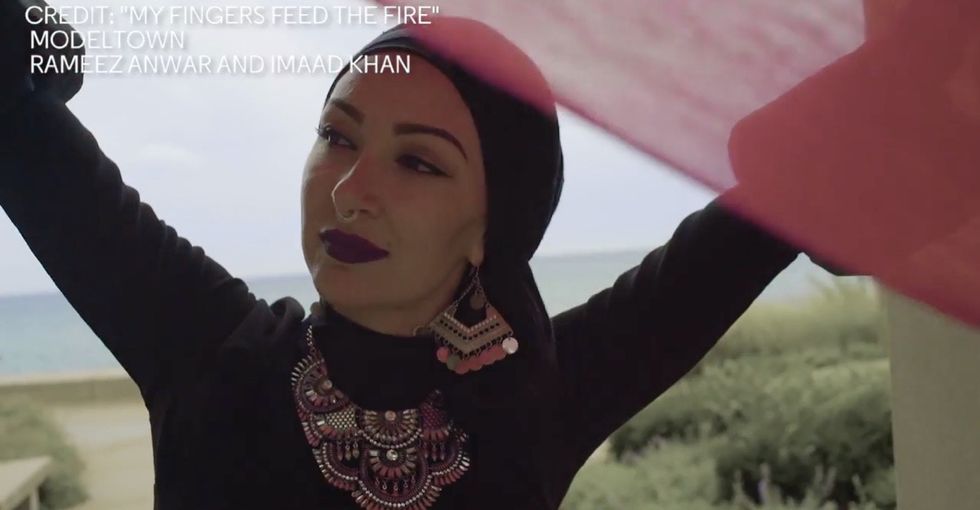 In 2011, Amirah Sackett created "We're Muslim, Don't Panic," a project that uses hip-hop and dance to bust myths about Islam.

Sackett's goal is to help humanize Muslims, and her message couldn't have come at a better time.

A recent FBI report found that U.S. hate crimes against Muslims jumped by an alarming 67% in 2015 over the previous year.

Anti-Muslim sentiment is on the rise, with the estimated 3.3 million U.S. Muslims paying a steep price for the hate in the form of physical attacks, harassment, and discrimination. According to a University of Michigan study, the portrayal of Muslims in the media appears to be contributing to the increased hostility.

The solution? For more people to see Muslim people as they are — as other human beings rather than a collection of stereotypes. That's what makes Sackett's performance so needed.

Sackett's work takes powerful aim at people's preconceived notions about Muslims by hitting them with something unexpected.

"There's something about watching dancers who are Muslim, who are covered, start doing this crazy movement that's really strong and really beautiful and really hip-hop," Sackett tells Upworthy. "That alone, it just breaks the expectation of what you're imagining that person to be."

Informative and entertaining, Sackett's work not only helps us to understand our differences, but to celebrate our shared culture.

Watch below to learn more about how Amirah Sackett is helping to create a more loving world:

Keep Reading Show less
photography
Get stories worth sharing delivered to your inbox
By signing up you agree to Upworthy's privacy policy.
Trending Stories
animals
Videos