Two teens who secretly hung fake McDonald’s poster for 51 days are getting a huge reward. 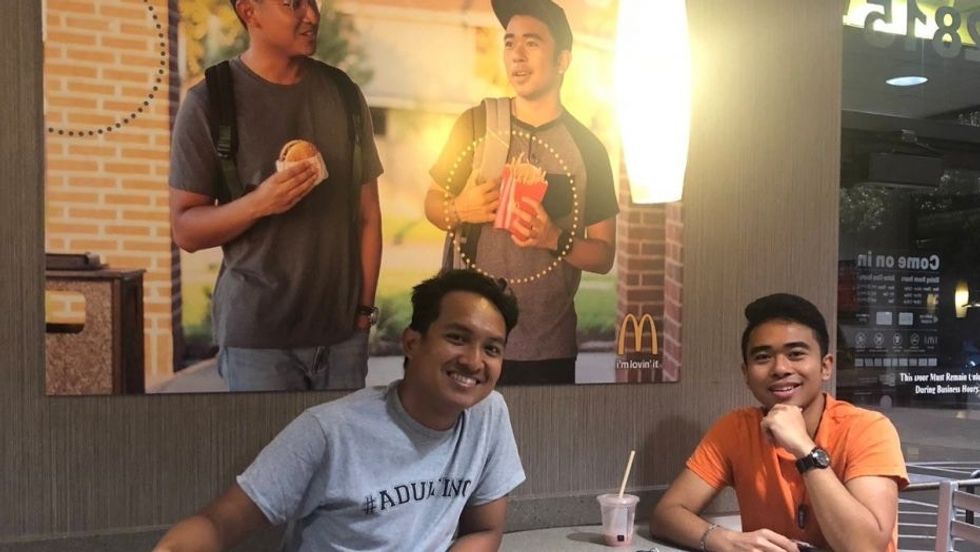 Jehv Maravilla and Christian Toledo noticed a lack of diversity in McDonald’s advertising. So they took matters into their own hands.

Using a bit of brilliant ingenuity, the pair created their own fake McDonald’s poster and placed it inside a Pearland, Texas restaurant.

“We were eating McDonald’s one day and we looked around and saw there were posters around that didn’t have any Asians,” Maravilla said. “They had other races but no Asians so we felt like it was our duty to put ourselves up there.”

To pull off their prank they bought used McDonald’s uniforms at a local Goodwill store and made their own fake company badges that identified them as “Regional Interior Coordinators.”

And then somehow they managed to hang the sign in the local McDonald’s restaurant without any of the other employees, management, or customers catching on to their scheme.

And it stayed there for 51 days until the pair revealed the prank on Twitter.

And then Ellen got involved and things got even better.

After their reveal, Ellen DeGeneres had the two young men on her show -- where she upped the ante with a major reveal of her own.

Instead of getting angry, McDonald’s announced that it is in fact going to use Maravilla and Toledo in a new advertising campaign to help showcase more Asian diversity. And they’re getting paid $25,000 each for it.

McDonald’s congratulated the pair on their own Twitter account, writing: “You guys earned this dream. Looking forward to more work from the best “Regional Interior Coordinators” we’ve ever had!

@Jevholution @christiantoleds You guys earned this dream. 👍 Looking forward to more work from the best “Regional In… https://t.co/8J5etKOerX
— McDonald's (@McDonald's)1537316099.0

As for that sneaky sign? McDonald's says it is auctioning it off for charity and the proceeds will go to the Ronald McDonald House charity in Houston.