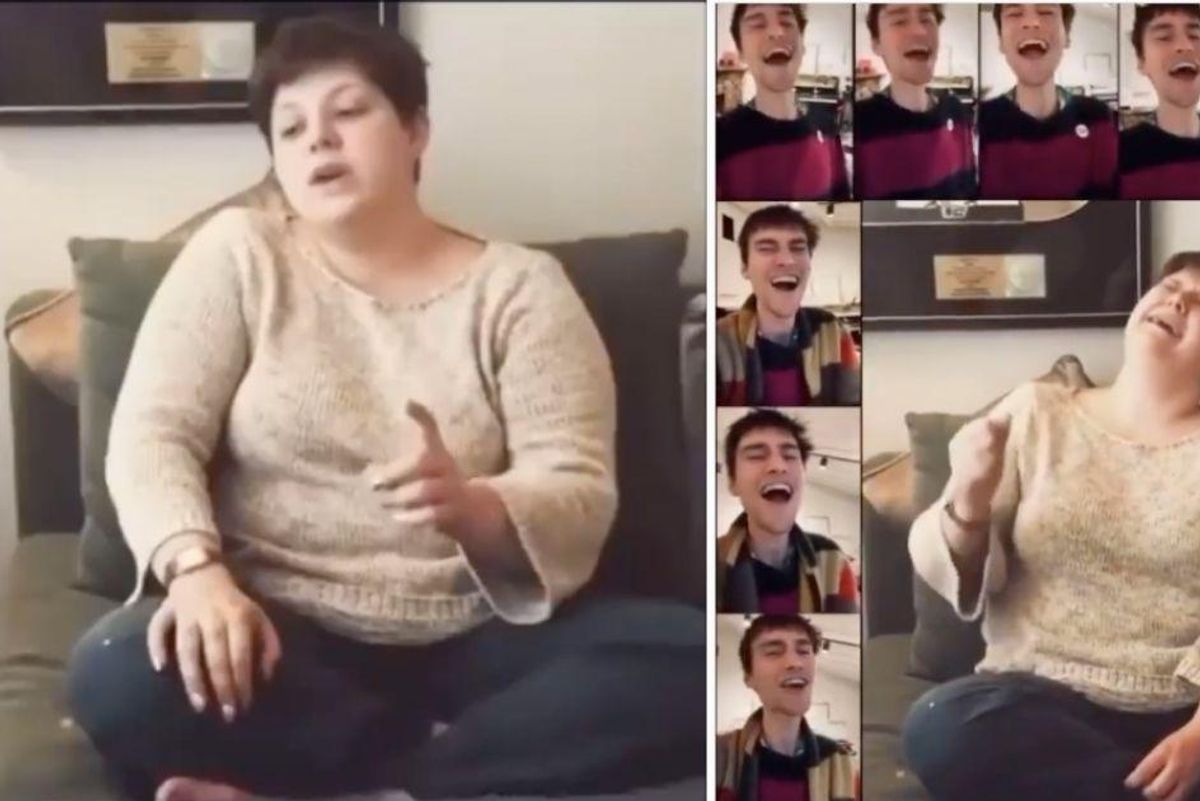 Be ready, because PHEW.

If you're unfamiliar with either of both these singers, here's a little background.

Yebba is a singer-songwriter from West Memphis, Arkansas who has collaborated with various artists including Chance the Rapper, Ed Sheeran, Stormzy, and Sam Smith. She's released a few singles of her own over the past few years, and in 2019 won a Grammy alongside PJ Morton for Best Traditional R&B Performance with the song "How Deep Is Your Love."

"Yebba" is her stage name—a backwards play on her real name, Abbey Smith.

Her debut single, "My Mind" was written and performed shortly before her mom died of suicide in 2016. After that, the lyrics of the song took on a whole new significance. The powerful performance of the piece at SoFar NYC shows off Yebba's vocal range as well as her emotive style of singing.

Jacob Collier, on the other hand, is a British musician who rose to fame through split-screen self-harmonizing videos he shared online. In 2012, his cover of Stevie Wonder's "Don't You Worry 'Bout a Thing" went viral on YouTube, and Collier was subsequently signed by Quincy Jones' record label. He has since been nominated for seven Grammy awards and won five of them. He's the first British artist to win a Grammy for each of his first four albums.

Collier—who has been referred to as "a musical force of nature" can play a wide range of musical instruments and often serves as his own one-man band. But his NPR Tiny Desk Concert with back-up vocals and instrumentalists is a delight. (It gets particularly fun at the 12:30 mark.)

Two impressive musical artists casually pulling together a soul-stirring performance of a much-beloved classic like "Bridge Over Troubled Water" is just the kind of entertainment we need after a year of collective trauma and hardship. Music is healing, creativity is healing, human connection is healing, and all three of those things came together beautifully in this brief video. (Anyone else wishing it didn't cut off? I don't think there's a longer version anywhere, since Yebba's original solo version wasn't a complete video either. I think it's time to demand a full recorded version, please and thank you.)

Yebba pretty much summed up here how we're all feeling after watching them sing:

From Your Site Articles
Related Articles Around the Web
music
Heroes