These 5 countries are the best for business leaders who want to solve societal issues. 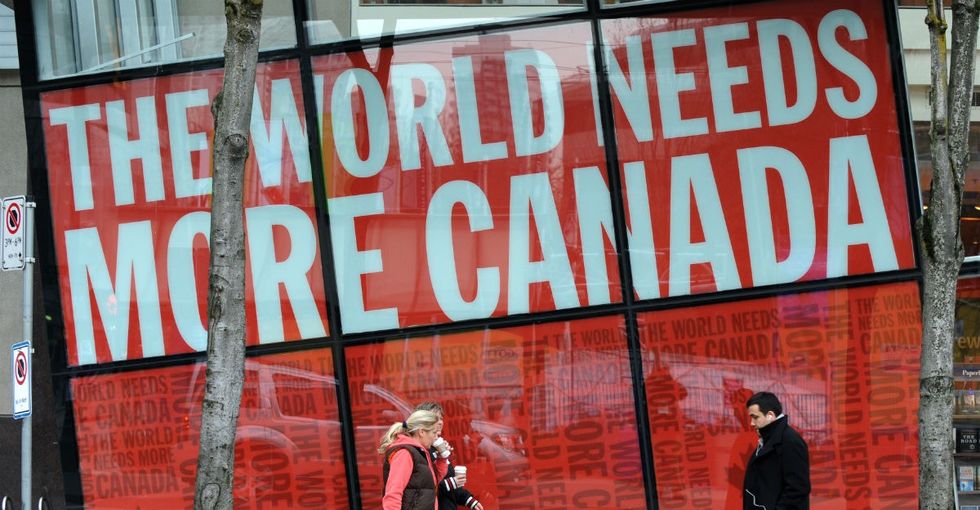 "What the heck is that?" you might be asking.

Social entrepreneurs are those who use a business opportunity to solve a societal problem.

So if a company, say, prioritizes cleaning up a local river as part of its business model or a start-up gives away a winter coat to a child in need for every jacket it sells, those endeavors could be considered social entrepreneurship.

Social entrepreneurs have played increasingly important roles in terms of economic growth and solving systemic problems throughout the world. And there's no better place to be one than in the U.S., according to a recent study released by the Thomas Reuters Foundation.

By conducting surveys in 45 countries with hundreds of experts — academics, policy-makers, investors, and entrepreneurs themselves — the foundation analyzed where it's easiest (and most difficult) to become a do-good business leader. Several factors can help or hurt a social entrepreneur, like if investors are easy to come by or if the public understands what a social entrepreneur even is (which can affect a business' fundraising efforts), and those variables can vary pretty significantly from country to country.

The foundation's survey asked participants a series of questions related to businesses with a bigger mission such as "Is it easy to get grant funding?" or "Is social entrepreneurship gaining momentum in your country?" Then they ranked the top countries based off of those responses.

Here are the top five countries on the list:

Israel finished fifth overall but ranked highest in the world in terms of the general public's understanding of what social entrepreneurs actually do — one of the critical questions the survey took into consideration.

Singapore ranked particularly high on the list in terms of entrepreneurs getting the non-financial support they need in order to get the ball rolling on their goals, like mentoring from experts and access to legal advice.

U.K. respondents reported overall favorable conditions for their social entrepreneurs, who ranked second in the world as far as their ability to make a living in their line of work.

Social entrepreneurship is definitely on the up and up in Canada as the country ranked somewhere in the top 10 across all questions asked in the survey.

The U.S. ranked highest in terms of reported favorable conditions for social entrepreneurs. Respondents also said social entrepreneurship in America is "gaining momentum" and that it's relatively easy for businesses with a noble mission to find the talent they need to succeed.

Stacked up against the rest of the world, there's certainly room for improvement in America on many key issues.

When it comes to health, police brutality, education, inequality, and gun violence, America is, er ... not blazing the trails of social justice (to put it lightly). In part because of issues like these — and the fact we're in the middle of a nasty presidential election season — it can feel like cynicism about the state of our country is reaching all-time highs (there's a reason why the tagline, "Make America Great Again" has struck a chord with so many people, after all).

But surveys like this one can serve as a reminder that, all things considered, there are many reasons to feel proud to be an American. The fact we're empowering innovators who want to make a living making the world a better place is just the latest item on that ever-growing list.