The 15-y.o. who refused to give up her bus seat for a white woman—9 months before Rosa Parks 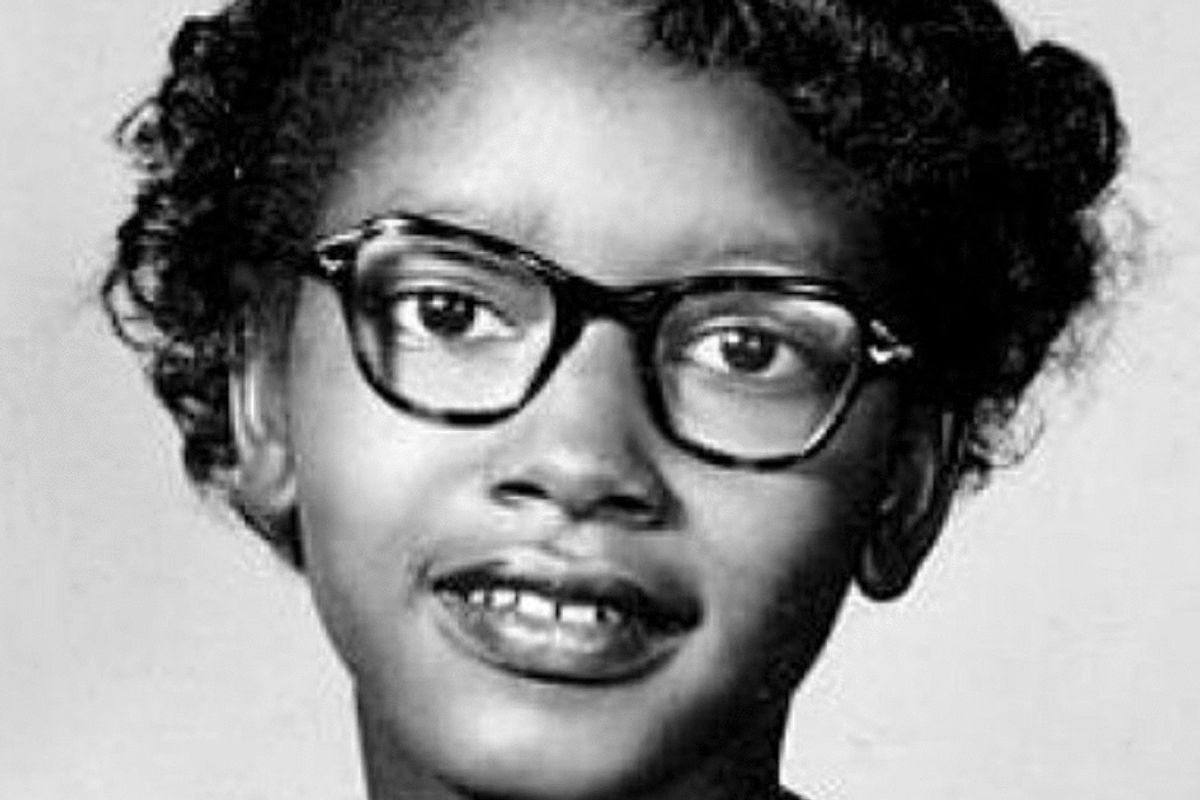 On December 1, 1955, Rosa Parks made history by refusing to give up her seat to a white person on a bus in Montgomery, Alabama. Her action made her into a household name in the U.S., but she was not the first black person to stand up—or rather, stay seated—for racial justice on the buses of Montgomery. Nine months earlier, on March 2 that same year, 15-year-old Claudette Colvin had been arrested for doing exactly the same thing.

Colvin was riding a public bus home from school with three of her friends, who were also black. They were seated a little more than halfway toward the back of the bus, but all the seats on the bus were full, and a white woman ended up standing in the aisle next to them.

RELATED: The absolutely wild story from the civil rights movement you didn't hear in history class.

"The white people were always seated at the front of the bus and the black people were seated at the back of the bus," Colvin told the BBC in 2018. "The bus driver had the authority to assign the seats, so when more white passengers got on the bus, he asked for the seats."

Colvin's three friends reluctantly got up and moved to the back of the bus to stand, but Colvin refused to move. "I felt like Sojourner Truth was pushing down on one shoulder and Harriet Tubman was pushing down on the other—saying, 'Sit down girl!'" she later told Newsweek. "I was glued to my seat."

For her refusal to give up her seat, two police officers handcuffed her and hauled her off the bus. She spent several hours in jail before her mother and her pastor arrived and paid her bail. "I was really afraid," she said of being in jail, "because you just didn't know what white people might do at that time." She and her family stayed up all night in fear of retaliation, her dad ready with his shotgun in case the Ku Klux Klan showed up.

She pled not guilty, but the court ruled against her and she was put on probation. Later, however, she would be one of the four plaintiffs in the landmark Browder v. Gayle case, which determined that Montgomery's bus segregation was unconstitutional.

RELATED: Medgar Evers' life and death reminds us how recent blatant, violent racism is in America

If Colvin refused to give up her seat before Rosa Parks, why didn't she become the household name and face of the civil rights movement?

One reason was because of her age. Her story was only covered in a few local papers, and the NAACP didn't publicize it further because they didn't want a teenager to be the symbol of resistance. Rosa Parks, who happened to be a secretary of the Montgomery chapter of the NAACP, made a better poster person for the cause.

Additionally, Colvin became pregnant a few months after the incident, further pushing her away from the spotlight.

But her action on that bus, without fanfare, remained an important influence in the burgeoning civil rights movement. "Claudette gave all of us moral courage," Colvin's former attorney, Fred Gray, told Newsweek. "If she had not done what she did, I am not sure that we would have been able to mount the support for Mrs. Parks."

Claudette Colvin is still alive, living in New York as a retired nurse aide. She is 80 years old, and a living reminder of how recently our country not only had laws that denied black Americans basic civil rights, but enforced them.

Overcoming fear: this nurse won’t let a pandemic get in the way of her work

Temwa Mzumara knows firsthand what it feels like to watch helplessly as a loved one fights to stay alive. In fact, experiencing that level of fear and vulnerability is what inspired her to become a nurse anesthetist. She wanted to be involved in the process of not only keeping critically ill people alive, but offering them peace in the midst of the unknown.

"I want to, in the minutes before taking the patient into surgery, develop a trusting and therapeutic relationship and help instill hope," said Mzumara. Especially now, with Covid restrictions, loved ones are unable to be at the side of a patient heading to surgery which makes the ability to understand and quiet her patients' fears such an important part of what she does.

Temwa | Heroes Behind the Masks presented by CeraVe www.youtube.com

Dedicated to making a difference in the lives of her patients, Nurse Mzumara is one of the four nurses featured in Heroes Behind the Masks, a digital content series by CeraVe® that honors nurses who go above and beyond to provide safe and quality care to their patients and communities.