The teen pregnancy rate has dropped 25% in recent years. Here's why.

A massive change happened for a really obvious reason. 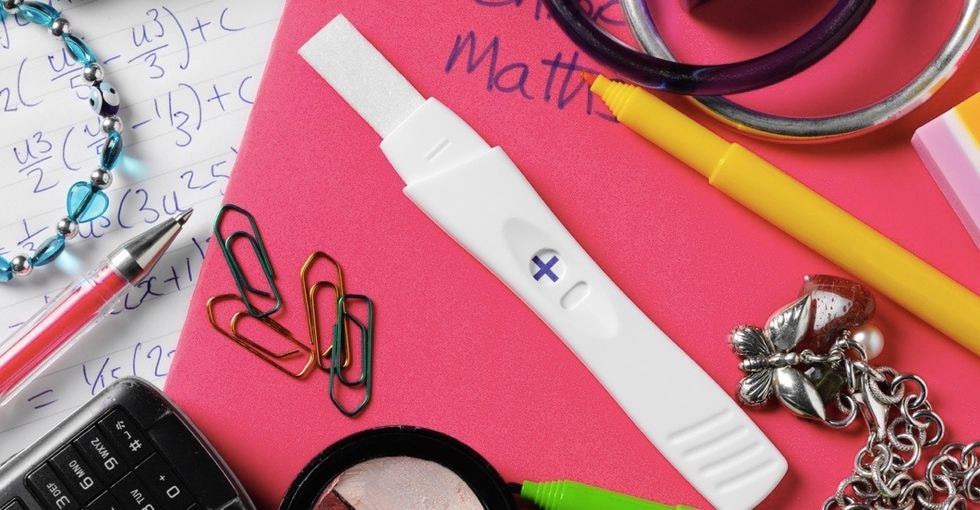 Here's some good news: The U.S. teen pregnancy rate has been on a steady decline since 2007. And the reason why shouldn't come as much of a surprise.

A new study by the Guttmacher Institute shows that from 2007 to 2011, teen pregnancy rates dropped by a whopping 25% across the U.S. The study, which surveyed women ages 15 to 19, found that while respondents' sexual activity rates didn't change, one very important thing did: contraception use.

“Our new data suggest that recent declines in teens’ risk of pregnancy — and in their pregnancy rates — are driven by increased contraceptive use," concludes study author Dr. Laura Lindberg.

In 2015, Colorado released its own data showing that a state program providing free long-term contraception led to a 40% drop in its teen pregnancy rate.

After all, that's pretty much the whole purpose of contraception: to reduce the chance of getting pregnant. It turns out that when contraception is more affordable and easier to get, people are more likely to use it. Even better, thanks to the Affordable Care Act, most forms of birth control are now available without an insurance co-pay.

GIF from "The Daily Show."

The undeniable truth is this: Abstinence-only education doesn't work.

Proponents of abstinence-only education argue that the only true way to eliminate the unintended teen pregnancy rate is for teens not to have sex. And they're right — in the same way that the only way to eliminate fatal car accidents is to not drive. Knowing this, we still teach teens how to drive cars, just as we should teach them the basics about safe sex.

As of September 2016, just 18 states and the District of Columbia require sex-ed courses to include information on contraception. There's a lot of room to improve.

Earlier this year, President Obama proposed eliminating federal funding for abstinence-only education programs for the 2017 annual budget. Over the past 25 years, the federal government has spent close to $2 billion on abstinence-only programs despite the fact that there's no science backing up their effectiveness. Obama's push to cut off the last $10 million a year going to these programs coincided with his allocation of $4 million to the Teen Pregnancy Prevention Program.

Whether state legislatures will take action to require schools to teach comprehensive sex education in high school classrooms remains to be seen, but the mountain of evidence highlighting those programs' successes continues to grow.

Want to see that teen pregnancy rate continue to decline? Then write your representatives and senators on the state and national levels. Let them know this is important to you.

Improved access to knowledge and resources to prevent unwanted pregnancies is a position we should all be able to get behind.