The gymnasts who heroically confronted Larry Nassar over sexual assault are fighting for a bill to protect other survivors. 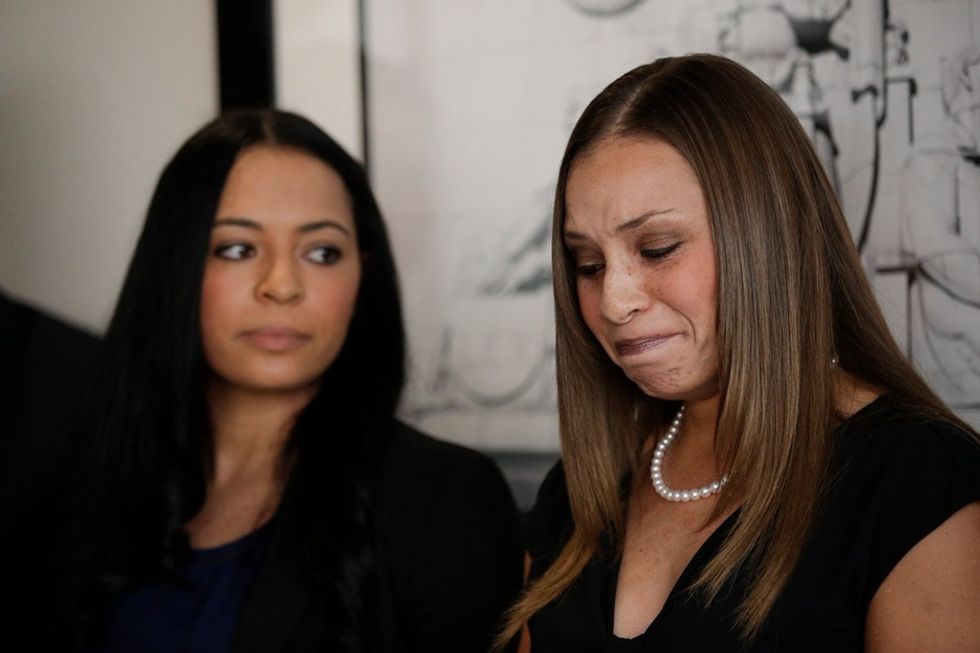 Studies have shown that children who were sexually abused normally wait until the ages of 48 to 52 to report their abuse.

In order to account for this, 37 states introduced legislation to extend the amount of time sexual abuse victims can file lawsuits against their abusers and organizations that have covered up the abuse in 2019.

But in the state of Texas, the language in a new bill, which would increase the amount of time victims of abuse can take legal action against organizations that covered up abuse was surprisingly removed.

Not everyone is having it.

Jordan Schwikert, Alyssa Baumann and Tasha Schwikert, three of the gymnasts who accused Larry Nassar of sexual abuse and USA Gymnastics of covering up that abuse, want the language to return.

They appeared in front of aTexas Senate committee to make sure future generations are protected in ways that they weren't.

“I decided to testify today because I wanted to make sure that what happened to me and my sister never happens again," Schwikert said.

However, the law was amended, removing organizations from the longer statute of limitations. And yes, there was a reason for it. "Sexual assault is not something organizations do, it's what individuals do," said Rep. Craig Goldman who both introduced and amended the legislation. "Any employer in the state can employ somebody and not know that they have done this in their past."

But the point of the law isn't to punish organizations who don't know what their employees are doing behind closed doors. It's to prevent organizations from covering up abuse, thus allowing it to continue.

Under the law, victims would still have to provide evidence that the organization covered up their abuse.

The bill passed in the House by 143-0, but now there's a move to restore the bill to its original language. “Texas lawmakers have a moral duty to allow survivors like myself to hold everyone who played a role in the abuse accountable," Schwikert said. “Exempting institutions creates a world in which the cycle of abuse can continue. It's not enough to just hold abusers accountable — we must also look at the institutions and what they failed to do."

This bill needs to become law.

In case you need a reason as to why this is important, Larry Nassar is currently doing time for child pornography and sexual assault. He was accused of sexually assaulting 265 women while pretending it was medical treatment. It's all sorts of messed up that he got away with it for as long as he did.

Hopefully, we won't have another Larry Nassar in the future, thanks in part to the brave gymnasts who are willing to speak out and to fight for the rights of others.