The 'Best Anti-Smoking Ad Ever' was made 8 years ago, but is just as relevant today 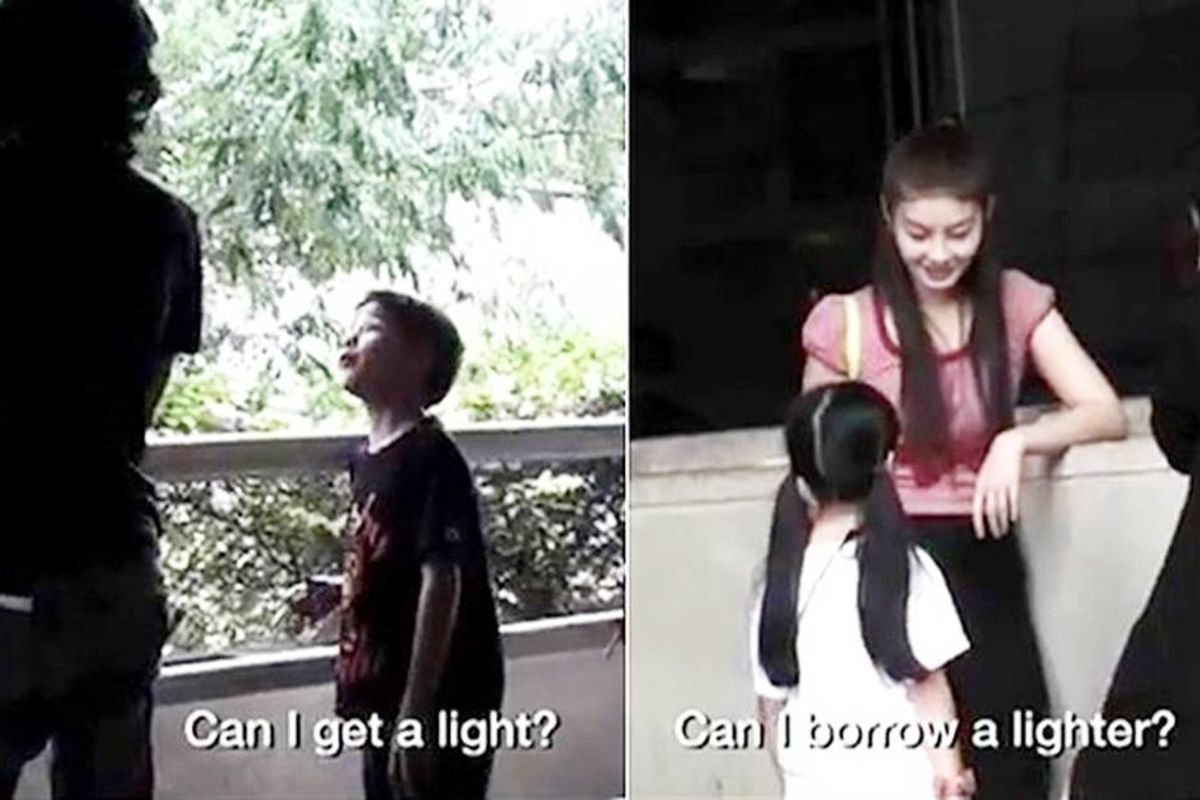 Quitting smoking is one of the hardest things to do because nicotine addiction keeps people in denial. Smokers either tell themselves they'll be the lucky one who avoids the health consequences of smoking or they procrastinate, halfheartedly believing they will quit next week, next month or next year.

One of the keys to helping people quit, is to put them in a position where they are forced to take an honest look at themselves and their habits.

A 2012 anti-smoking ad made by Ogilvy Thailand for the Thai Health Promotion Foundation is known as one of the greatest ever because it uses the smokers' love of children to help them confront their habit.

In the video, two small children, armed with cigarettes, ask adults if they can borrow a light. Out of concern for the little ones' health, the smokers tell the kids all about the dangers of smoking.

"If you smoke you die faster," one man tells a little boy. "Don't you want to live and play?" "When you smoke you suffer from lung cancer, emphysema and strokes," another says.

The smokers cannot help but feel hypocritical talking about the dangers of smoking to a child while holding a cigarette.

The ad ends with a touching twist.