After a woman was shamed by her nurse over her sexual history, she shared her story to help protect other vulnerable women 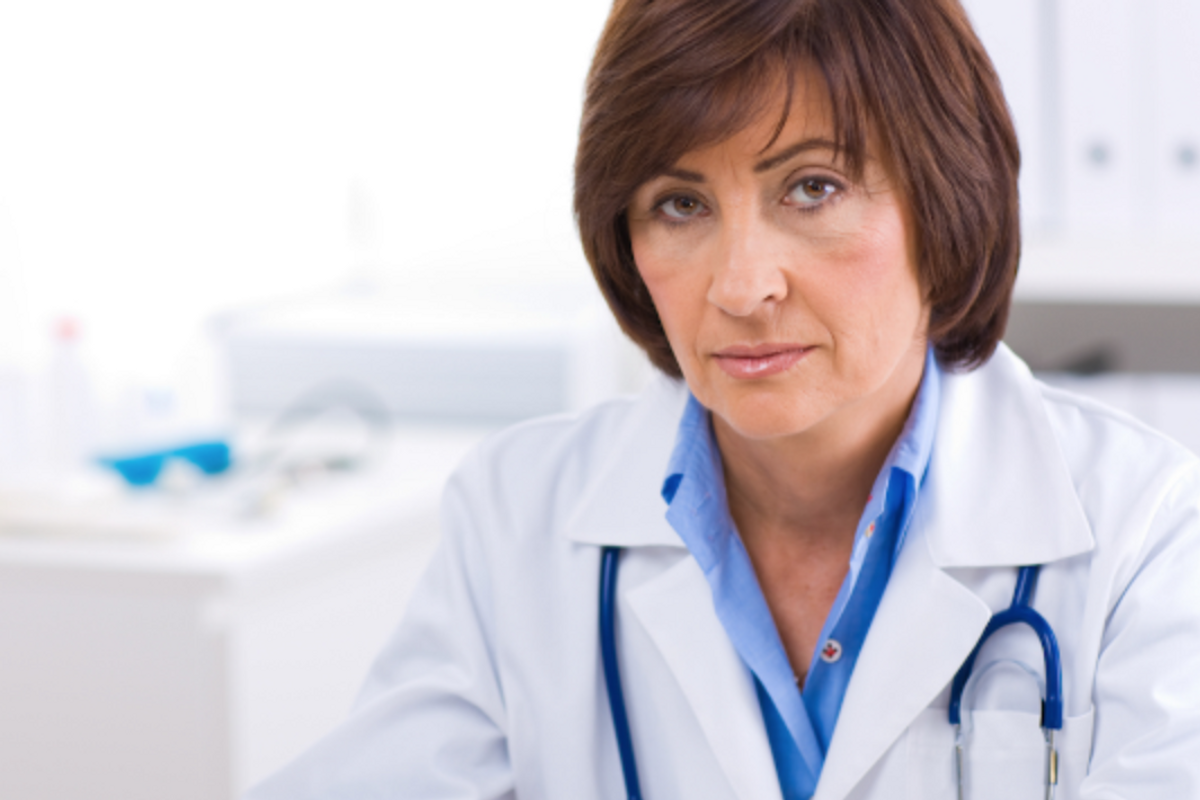 In today's installment of the perils of being a woman, a 21-year-old woman shared her experience being "slut-shamed" by her nurse practitioner during a visit to urgent care for an STD check.

Since this was her first ever one-night-stand, when she noticed some worrisome symptoms in her nether-regions (sorry for writing nether-regions, now twice), she got concerned.

I've [F21] recently encountered a new sexual partner. We used a condom, but after words I felt a little uneasy as to this was the first time I have ever hooked up with someone I just met. My previous sexual partners have all been someone I have developed deep connections with in some kind of way. While condoms greatly reduce the chance of contracting a STI, it cannot provide ABSOLUTE protection. A few days ago, I noticed my discharge changed to a white substance that's different from my normal discharge and the first thing that came to my head was an STD. I have never had one before and I have no idea the symptoms, but an STD was all I could think about.

So she decided to go to urgent care to find out what was up.

At the clinic, her nurse practitioner asked her a series of questions about her sexual history, which she answered honestly.

I went to an urgent care because I wanted to see if there was maybe a simpler answer to this problem (yeast infection or UTI) and if not, I wanted to send my urine off for an STD screening. My doctor asked me a series of questions (when did you become sexually active, when was your last sexual partner, how many sexual partners, etc.) , all of which I was up front and honest about so she could better treat me.

The woman was diagnosed with a yeast infection and scheduled for an STD test, but then just as she was leaving, things got really, really uncomfortable.

The nurse practitioner called her back in to the office and then proceeded to lecture her for her sexual choices, instructing her to "guard and protect her character." WTF?!

It came time for her to make a diagnosis and tell me the best course of action. She says based on my symptoms, I am showing hallmark signs of a yeast infection, but she will send my urine off for a culture and STD screen along with a swob from my vagina so she can tell what type of yeast is growing down there.
As I'm about to get my keys and stand up to walk out, she says "Dear, will you sit down for just another moment." I sat back down and looked up at her, curious as to what she wanted to talk about. "With all of that being said, you're 21 years old, you really need to guard and protect your character,". I looked at her like "what the fuck" and she continued "well you know, guys get to have sex all they want and nothing bad comes out of it for them but you know us as women we can't be doing that as much because we have to protect our character,". At this point, I was pretty fucking angry. You could tell by my silence and the way my lips were pressed together. I thought that maybe it couldn't get any worse, then she proceeded to say "you're going to want to have kids one day, and the way you're living your life now could really hurt you and your chances of having a kid with a good man,".

The woman, understandably, was furious and wants to report the nurse practicioner to HR for her unprofessional and straight-up offensive line of questioning.

So she took to Reddit to ask the infamous "Am I The A**hole?" forum to weigh in on whether she would be doing the right thing to report this woman to HR.

I was open and honest with this woman in hopes that it would help her better treat me and in turn I get slut shamed for it? I posted this in a forum about sexual education and I was getting advice to report her to HR. I don't want to go after anybody's job, but I don't want other women to have to go through this same thing just for having sex.
Will I be the asshole if I report her to HR or should I leave it alone?

She also added that she was "in too much shock" at the time to respond, and simply said "thanks" and left.

Edit: For everybody asking, I was literally in too much shock to say anything to her at the moment. I just kind of stared at her because I immediately felt embarrassed and regretted the information I shared with her so openly. So after a couple of seconds she said "I appreciate your openness and honesty tho" (like that mattered after anything she just said 😩) and opened the door for me to leave so I just said "thanks" and left. I was too embarrassed and in too much shock to say anything in the moment. Trust me, I wish I would have but I wasn't even thinking about going off on her. I was just embarrassed.
Also, she was a nurse practitioner. I know a couple of times I referred to her as a doctor, but her official title was NP.

Redditors weighed in, and overall most people are encouraging her to report the woman to HR, saying she would in no way be an a**hole for doing this.

NTA. 150% report her to HR. Do it right now. This is rude, regressive, none of her business and could actually deter women from getting care. You'll be doing yourself and every other woman who walks through those doors a kindness.

And Excolo_Veritas, who is married to a doctor, concurs:

Agreed, this is insane. My wife is a doctor and would be appalled to hear if a colleague did this. There is never supposed to be judgement in medicine, because exactly as you said, it could cause patients to be less open in the future. They are not the police, or the morality police. They treat you, they're there to make you better. Sure, they may recommend to stay away from unsafe practices such as unprotected sex, but it's not supposed to be judgement. Just medically relevant information and best practices. This was ABSOLUTELY judgement, and bullshit. OP please report her! I guarantee she's done this to other women, and I guarantee some of them have thought twice about seeking treatment in the future because of it. It should be stopped

And dancer29, who is a nurse, writes:

Nurse here. What she was doing was not okay. We all take paths to take care of our patients ethically and treat them with care. We might recommend to use a condom but as you stated you were doing that. If you were my patient I would actually applauded you for having safe sex and still coming in just to make sure. It's not okay to push your morals on someone else. Report the fuck out of her. NTA

Many people are pointing out that this kind of behavior from a nurse practicioner is not only rude and unprofessional but straight up dangerous, because it could prevent women from being honest about their sexual histories.The woman followed up with an update on her situation. She took everyone's advice and called the clinic to report the woman.

She ended up speaking to the manager of the clinic and explained the whole situation, and how it could put other women at risk.

I called the urgent care and asked to speak with either a patient advocate or NP supervisor. They didn't have a patient advocate and the doctor overseeing the NPs was out, so they let me talk to the manager of the clinic.
First and foremost, I explained to the manager that I in no means wanted any disciplinary action taken. I did not want her to lose her job, but maybe be given a talk or PIP to improve her service and not use personal beliefs or judgment when taking care of patients.
I explained to her everything that happened and before I could even say who the NP was, she knew EXACTLY who I was talking about...which confirmed that she's most likely been this way towards other patients previously.
I then explained how I confided in her and that I came into the office for medical advice and not personal judgment and her using my openness to pass judgment has made me weary about being open with doctors in the future. I explained that her words didn't hurt me, just my future interactions with health care providers AND future interactions with her other women patients.

The clinic manager guessed right away who she was talking about, which suggests this has happened in the past.

The manager was "very nice," and said she'd pass the complaint to the supervisor, who would give the woman a call.

The lady was very nice, and once my complaint was heard she said she'd "call the doctor (her supervisor)" right away and to expect a call from him on my cell. She also said she was placing a note and that the NP wouldn't be back in the office until next Monday.
With all of that being said, thank you to everyone for your advice! You've truly been so helpful.

Glad this woman stuck up for herself, and all women, by reporting this nightmare nurse.

Can't believe this needs to be said in 2019, but slut-shaming is bad! Don't do it! Especially if you work in the medical profession.